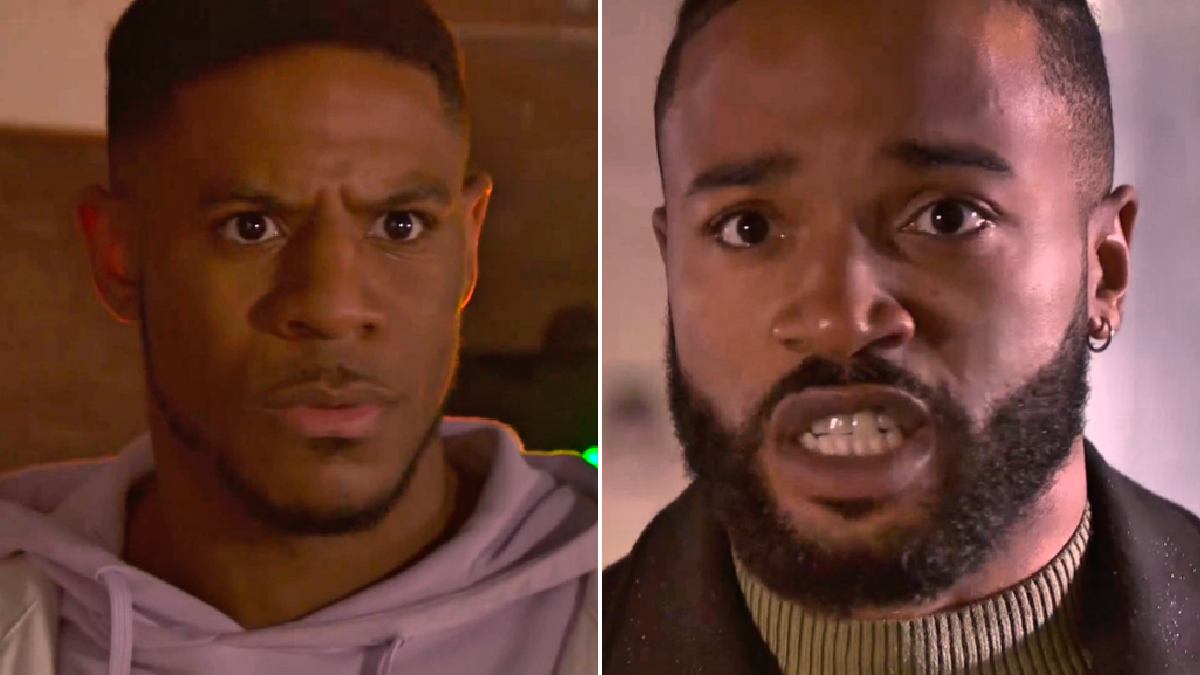 Toby Faroe (Bobby Gordon) is on the cusp of claiming another victim in Hollyoaks, after he confronted undercover cop Nate Denby (Chris Charles) with a wrench.

Nate, as viewers know, has been investigating the disappearance of Lisa Loveday (Rachel Adedeji) since rocking up in the village.

Felix Westwood (Richard Blackwood) confronted him in tense scenes, telling him to stay away from his family, especially Martine Deveraux (Kelle Bryan), reminding him that she’s battling cancer.

Nate, however, did not listen to his warning, and thus informed Martine all about how Lisa is missing!

Martine, understandably, was heartbroken, and berated Felix for keeping such a thing a secret from her, but Felix managed to spin her a tale, telling her that Nate is trying to get back at him over his past relationship with Grace Black (Tamara Wall).

Toby, meanwhile, discovered that Nate is an undercover cop, and he was left terrified, fearing that it would only be a matter of time before the truth about Lisa’s death came to light.

Desperate to protect not only himself but also Felix and Celeste (Andrea Ali), the killer decided to take action.

Nate, meanwhile, snooped in the garage, hoping to find something he could use to prove his theory of Felix being to blame for Lisa’s demise.

But he got quite the shock when Toby confronted him, armed with a wrench.

It’s clear that Toby will do just about anything to silence Nate and stop him from digging further into Lisa’s disappearance. The question is: will he claim another life?

Will he kill Nate? Or will Celeste be able to stop him before it’s too late?