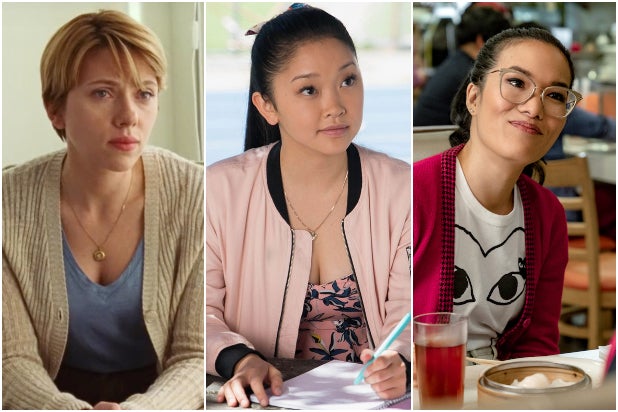 In the first major overview of Netflix’s original movies and series, Dr. Stacy Smith’s USC Annenberg Inclusion Initiative found that the streamer reached gender equality in leading roles but lagged in others measures of diversity, particularly when it came to representation for Latinx and LGBTQ+ individuals.

In a report issued Friday, Smith analyzed 126 original movies and 180 original scripted series Netflix released between 2018 and 2019. One notable finding was that among women in leading roles in both film and TV, Netflix reached gender parity that not only surpassed the industry at large but also matched the national population.

Specifically, 48.4% of all Netflix films in 2018 and 2019 had a female lead or co-lead, as did 54.5% of series, for a total of 157 leads across all of Netflix’s originals. USC traditionally analyzes the top 100 films at the box office per year, and by comparison, only 41% of all films analyzed in the same time frame had female leads. However, in terms of overall visibility, women represented roughly 36% of film casts and 40% of series casts, which did not noticeably change year over year and was in line with the industry average.

The study also found that Netflix outpaced the top 100 grossing films in terms of women working behind the camera as writers, directors or producers. Twenty-three percent of women directed Netflix’s 126 original movies, compared to just 7.6% of the highest grossing films in 2018 and 2019. Women of color also directed 6.2% of Netflix films, compared to just 2.2% of the top grossing movies.

Smith also noted that between 2018 and 2019, Netflix saw a notable improvement year over year. In a symposium for press on Thursday, Smith said the jump in gender and racial parity was a clear indication that Netflix was making an effort toward inclusion.

But it wasn’t all roses for Netflix’s diversity. While the streamer performed well when it came to representing Black stories and creators, even compared to the rest of the industry, many Netflix projects still underrepresented characters who are Latinx, Asian, Native American, Middle Eastern or multiracial. Latinx characters were invisible in 72% of Netflix films and 65% of Netflix shows. Around half of both films and shows were without Asian characters, and Native American or Middle Eastern characters were almost entirely absent. Thirty-five percent of Netflix films between 2018 and 2019 had underrepresented leads or co-leads, which still outpaces Hollywood with just 28% of the top grossing films.

On the LGBTQ side, the study counted just five LGBTQ leads across all Netflix films — a total of 4% — and on just one series in 2019. The study observed zero shows from 2018 with an LGBTQ lead, and even among speaking characters, LGBTQ individuals made up just 2% of casts of all films and 3.3% of series. What’s more, LGBTQ characters generally identified as male, though they were proportional with the national population for underrepresented groups. Unfortunately, these dismal figures were in line with what USC found compared to the top grossing films.

All of this just scratches the surface of Dr. Smith’s report. But in the symposium on Thursday, Smith said Netflix had demonstrated clear growth in 19 of 22 of the indicators her team observed. She added that she’s “not aware of any other company” that was making diversity such a transparent part of their plans or that was “committed to inclusion” across their portfolio.