Here’s your first look at season 3 of New Amsterdam.

NBC’s medical drama, which was renewed through season 5 last January, returns for another year of medical mysteries. But this time, the doctors at New Amsterdam Medical Center will be taking on COVID-19.

“The new season picks up in current times, in the midst of the pandemic, which has exposed gaping inequities in our healthcare system,” executive producers David Schulner and Peter Horton exclusively tell ET. “Max is done trying to fix a broken system. He wants to tear it down and build it from the ground up, find new ways to bring people back to a system that’s forgotten them.”

“This will be a season of coming to terms with reality, trying to heal and figure out if there is a normal city to go back to,” the producers preview. “The question is, what is the new normal?”

See the official poster for the new season below, exclusively at ET. 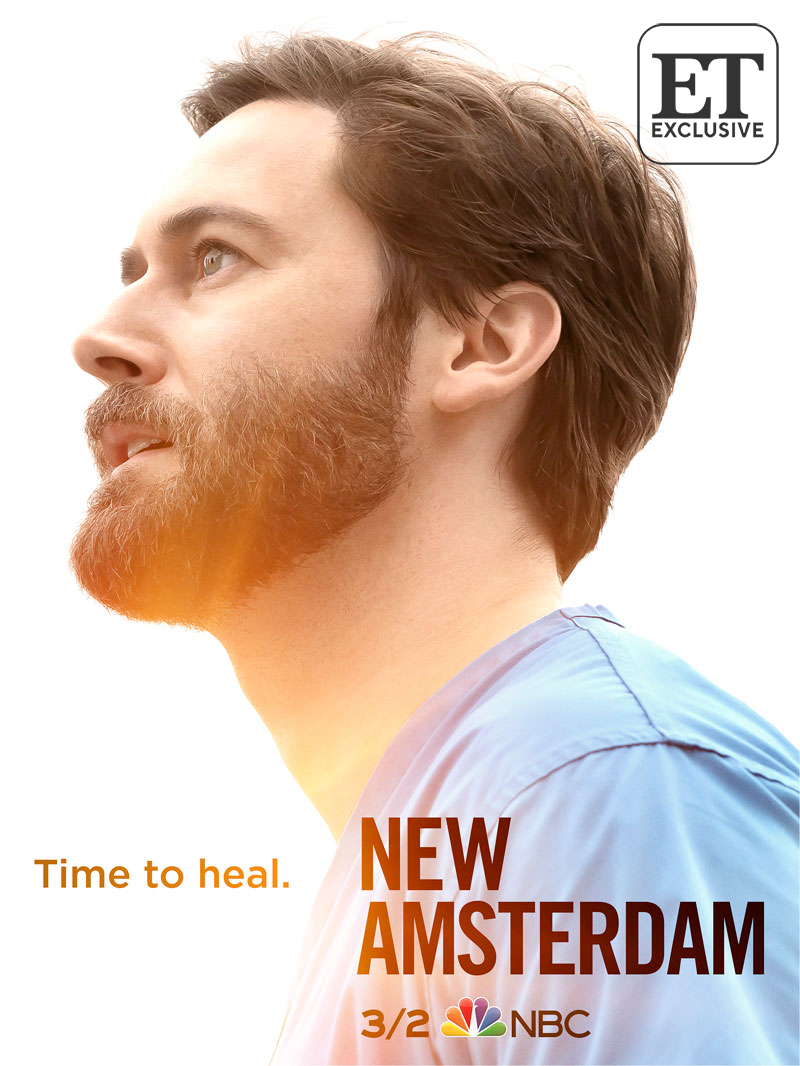 In season 3, Max (Ryan Eggold) and his team face the daunting task of sustaining optimism while navigating through a pandemic that exposed the inequities in our healthcare system. No longer content to fix a broken system, he’s determined to tear it down and build something better. Along with Eggold, the cast includes Janet Montgomery, Freema Agyeman, Tyler Labine and Anupam Kher.

A recently released trailer hinted at a potential new romance between Shin (Daniel Dae Kim) and Sharpe (Agyeman), and the possibility that one of their own, Kapoor (Kher) may not survive the season as he lies in a hospital bed unconscious, on a vent and with major damage to his heart.

Last season, New Amsterdam shelved an episode centered on a deadly flu outbreak, originally scheduled to air in April, amid the coronavirus surge.

“New Amsterdam has an episode that was written some time ago that focuses on a flu epidemic in New York City. Being sensitive to the current climate, the producers, network and studio have decided that the episode will not air on NBC,” the network’s statement read in part.

Soon after the decision, Schulner explained in an essay published on Deadline the context of the episode and why it wasn’t airing.

“We showed what happens when our hospital has to erect tents in the parking lot because every bed is taken. When the doctors and nurses and medical techs have been working back to back shifts because their replacements are sick. When panic sets in. When people are quarantined. When people die,” wrote Schulner, who shared the episode was written in 2019 by David Foster, a Harvard-trained M.D. “Sometimes, what the mirror reflects back is too horrifying to look at.”