NBC’s hit medical drama New Amsterdam first launched back in 2018 and follows the new medical director at the title hospital. The show followed the trials and tribulations of the staff at the New Amsterdam Hospital. But what does the future hold for the drama series?

Will there be another series of New Amsterdam?

Yes, is the short answer but the news will be bittersweet as season five is going to the final series.

Back in March, it was confirmed the drama would be concluding with one last outing.

In a statement, NBCUniversal executive Lisa Katz said: “The story of Max Goodwin, and his never-ending commitment to patients at New Amsterdam, has been inspiring.”

She added to Deadline: “We’re so grateful to David Schulner, Peter Horton and our cast and crew for their incredible dedication, talent and collaboration.”

While Universal Television president Erin Underhill said: “When I first read the pilot script for New Amsterdam, I knew we had a winner. 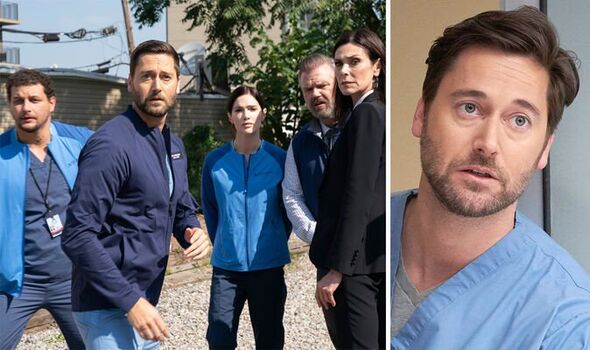 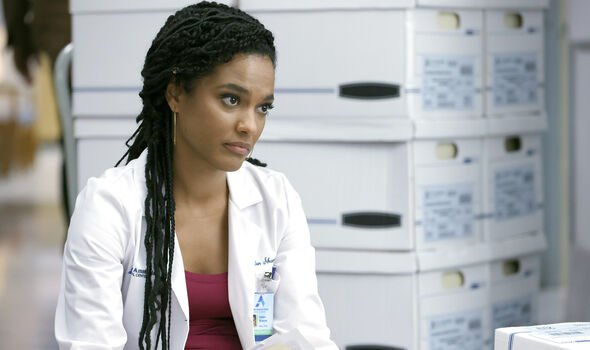 “We cheered Max’s disruption of the status quo and applauded when he asked his patients the simple yet profound question, ‘How can I help?’.”

Sadly, season five will be the shortest one with just 13 episodes, even more brief than the third cycle which had 14 instalments after it was hit by the coronavirus pandemic and lockdown.

Season five is expected to be airing in the autumn of 2023 with most of the previous runs airing in September as part of the US TV fall season.

Episodes will be broadcast on a weekly basis on NBC in America, while British fans will be able to watch the show on Sky Witness at a later date.

Season five is also expected to be on the streaming platform NOW with the show also coming to Amazon Prime Video at a later date. 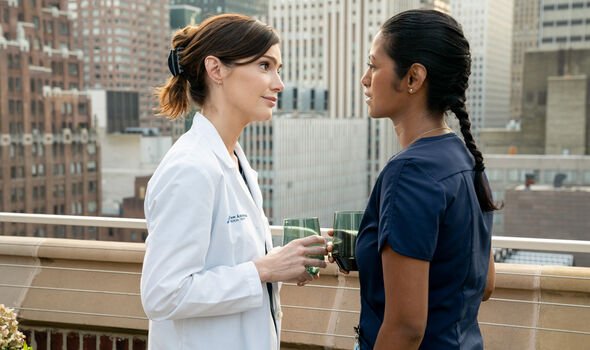 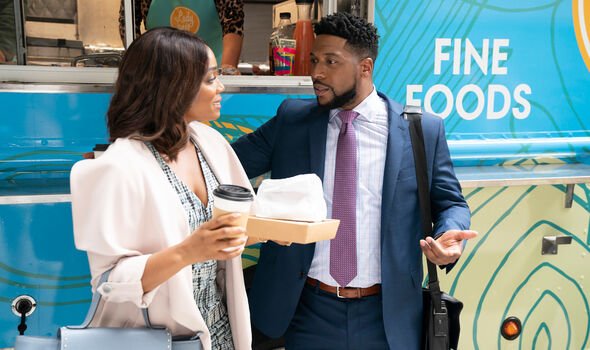 Who will be in the cast of New Amsterdam season 5?

Ryan Eggold is going to be reprising his role as lead star Dr Max Goodwin one last time.

While Sandra Mae Frank – who plays Dr Elizabeth Wilder – is reportedly getting bumped up to a series regular, according to TVLine.

Other cast members expected to one coming back are Janet Montgomery as Lauren Bloom, Jocko Sims as Floyd Reynolds, and Tyler Labine as Iggy Frome.

However, there are questions over whether Dr Mia Castries’ star Genevieve Angelson will be back in the show after the producers didn’t comment on the character’s future.

Sadly, British actress Freema Agyeman confirmed she was departing New Amsterdam as Dr Helen Sharpe after being part of the show since the show’s inception.

In a statement, Freema told her 778,000 fans on Instagram: “Dearest Dam Fam. First off I would like to say a huge heartfelt THANK YOU for your unending, dedicated and deliciously ferocious support!

“I feel very fortunate to have connected with so many of you, while rolling around in the skin of Ms. Helen Sharpe, and witness every ebb and flow of your emotional investment in her. What a ride! Thank you for being on it with me.

“She has meant so much to me, but the time has come for me to hang up her white coat, as I officially share the news that I will not be returning for the final season of New Amsterdam.

While I am saddened, I am also incredibly excited to see how the story concludes as a fan of the series.

“It has been such a joy to play Dr. Helen Sharpe for 4 seasons – those magnificent writers built a badass! Beyond grateful for the opportunity to tell some of her stories! Fanfic – it’s over to you to tell the rest!! Lots of love Fam!”

In response, Schulner and Horton said: “We wish Freema the best of luck on her next chapter and the doors of New Amsterdam will always be open if she wishes to return!

“We are extremely proud of the impact Freema and Dr. Helen Sharpe have made over these past four seasons and are so grateful to have been a part of that story.

“As we head into the fifth and final season, we want our #Sharpwin fans to know we still have a few surprises in store for them.”

New Amsterdam season 5 will be airing on NBC