One of the more peculiar reports during the long development process of “True Detective” Season 3 was that David Milch had been brought in to help pen scripts. A TV legend who wrote on “Hill Street Blues” before creating “NYPD Blue” and “Deadwood,” Milch hadn’t written serialized television since HBO’s ill-fated 2012 series “Luck.”

So why did he come back now, and why this show?

It turns out that he was returning a favor. During a press conference in Beverly Hills Monday evening, Nic Pizzolatto said producer Scott Stephens introduced the two creators so the “True Detective” scribe could help with the “Deadwood” movie.

“We had gotten together because Scott is a producer on ‘Deadwood,’ and he had brought me in for a couple of weeks to sort of work for David on his ‘Deadwood’ film script,” Pizzolatto told reporters gathered at the Four Seasons hotel. “This was around when I was still figuring out the idea for ‘True Detective’ 3, and we had such a great time.”

Milch is credited as a co-writer on the fourth episode of Season 3, “The Hour and the Day.” He did not pen any other scripts, though his advice helped Pizzolatto craft a good chunk of the season.

“He turned me on to writing out loud, which I’d never done before, and I ended up writing most of the second half of the season out loud, which was a much more spiritually healthy thing to do than be alone in a room with a blank page,” Pizzolatto said. “I knew he was going to have to go back and do ‘Deadwood’ and get that on its feet again, but I was just glad we had that time together. It’s something I’m going to remember and take with me for the rest of my life.”

The long-rumored “Deadwood” movie was officially green lit in July 2018, and production began in November. The movie is by Daniel Minahan, but Milch is the only credited writer on the film at this time.

“There were times when I was doing one character and he was doing another, and we were like the dueling banjos or something in ‘Deliverance,’” Pizzolatto said. “It was so special to me.” 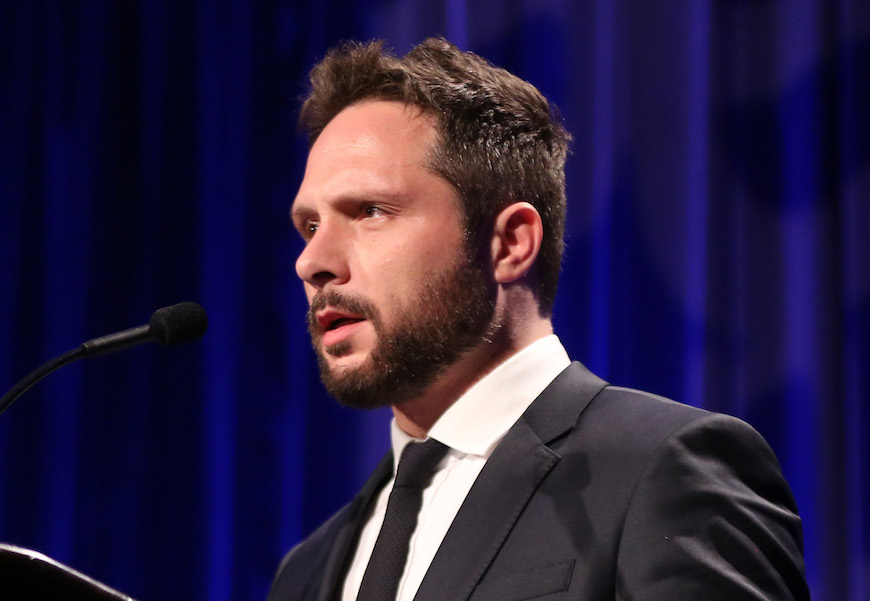 The reclusive creator, who’s known to be press shy and only recently got back to social media, also took questions on Season 2 criticism and how it affected his approach to Season 3.

“I understood there was a lot of stuff in Season 2 that people hadn’t really wanted to see, based on Season 1 of ‘True Detective,’” he said. “But I’m very proud of the work everybody did. I just try to keep getting better at what I do and move forward. I think substantive criticism is a big part of that, so I tried not to shut myself off from any of it. Really, [I] just tried to get better and even narrow the focus of what is it I’m trying to do here — what is it we’re trying to do, because it’s a big team effort.”

During the first two seasons of “True Detective,” Pizzolatto’s relationship with critics has been strained. Following the release of Season 1, a profile in the Hollywood Reporter painted a less-than-flattering portrait of how negative criticism affected the writer — as well as how it altered Season 2. But this about-face from Pizzolatto may have a more positive effect, as he said Season 3 is a lighter, more hopeful, and “much, much more complicated” endeavor.

“I hope, maybe the focus on character [is what’s different],” PIzzolatto said about the new season. “The intertwining of timelines [is] a much, much more complicated structural thing. […] Other than that, it’s really hard to describe. It’s almost like a tone and a texture. I feel like this one has a lot more light in it than previous seasons and maybe reaches for hope a bit more. I’m not even sure this is properly noir, given where it goes.”