This time last year, Nicole Kidman was working with Oscar-winning make-up artist Bill Corso, perfecting the sun-damaged, sleep-deprived complexion of the LAPD detective she'd play in Destroyer, developing a leathery look far and away removed from the 51-year-old actress' own fair skin.

Seeing their mum in full make-up for the first time, Kidman's daughters – Sunday, 10, and Faith, 7 – reacted in the blunt, truth-telling way that kids that age do. "They called me 'granny,'" Kidman remembers, laughing. "They're like, 'You're our granny now.'" 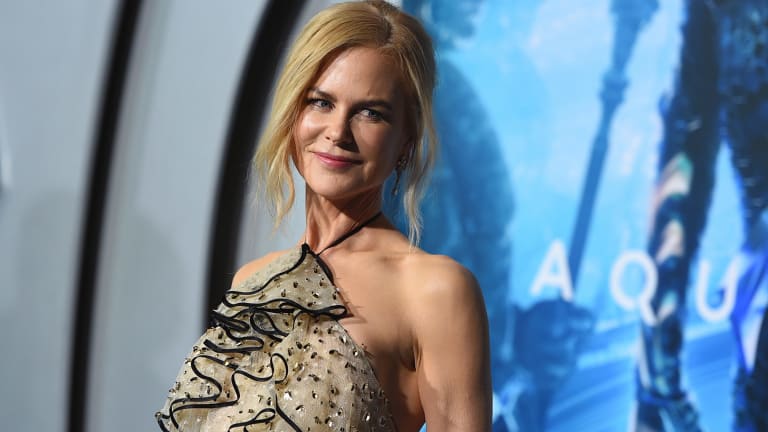 Nicole Kidman arrives at the premiere of Aquaman in Los Angeles.Credit:Jordan Strauss

"I thought it'd be kind of quirky and funny and make for a good story for when they were older," Kidman says, curled up cross-legged on a couch on a recent weekend in Los Angeles. And here she adopts a shaky, old person's voice. "'Oh … hello, Sunday! I'm here!' And she's just like, 'Whatever you do, never, ever do that.' So I won't be dressing up as their granny – even though that's what they called me!" 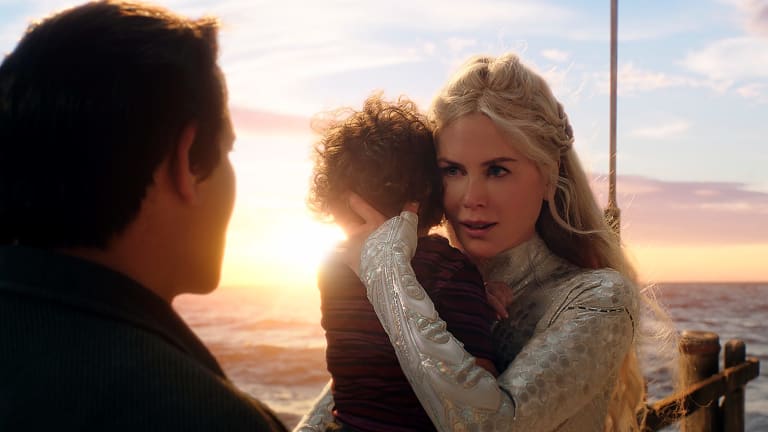 Kidman as Atlanna in a scene from Credit:AP

Kidman doesn't exactly need to take on another part right now. She has two new movies: Destroyer, for which she just earned her 13th Golden Globe nomination, and Aquaman, in which she plays the title hero's mother, aka the Queen of Atlantis. She can also be seen opposite Russell Crowe in Joel Edgerton's drama Boy Erased, winning strong reviews for portraying the supportive mother of a young man struggling to reconcile his sexuality with his evangelical upbringing.

It's the extension of a remarkable run of roles that began with Kidman's Oscar-nominated performance in the 2016 Australian film Lion and continued last year with starring turns in Sofia Coppola's remake of The Beguiled and Yorgos Lanthimos' unsettling The Killing of the Sacred Deer and, of course, her work on the HBO series Big Little Lies, for which she won the Emmy, the SAG Award and the Golden Globe playing Celeste, a woman hiding the dark secret of domestic violence behind a flawless facade.

Kidman, however, isn't one to shape illusions about her life or her career. She says she almost gave up acting a few years ago, after a disappointing time of making films such as The Railway Man, Trespass and Before I Go to Sleep, movies that were barely seen and, aside from Kidman's acting, harshly reviewed. The low point came at the 2014 Cannes Film Festival when the audience greeted her Grace Kelly homage Grace of Monaco with boos and hisses. Kidman sobbed in her hotel room. 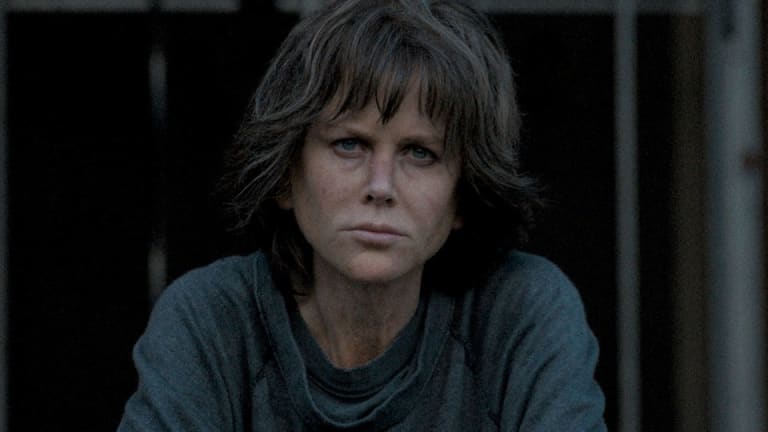 Nicole Kidman has earned her 13th Golden Globe nomination for her role in Destroyer.Credit:Annapurna Pictures 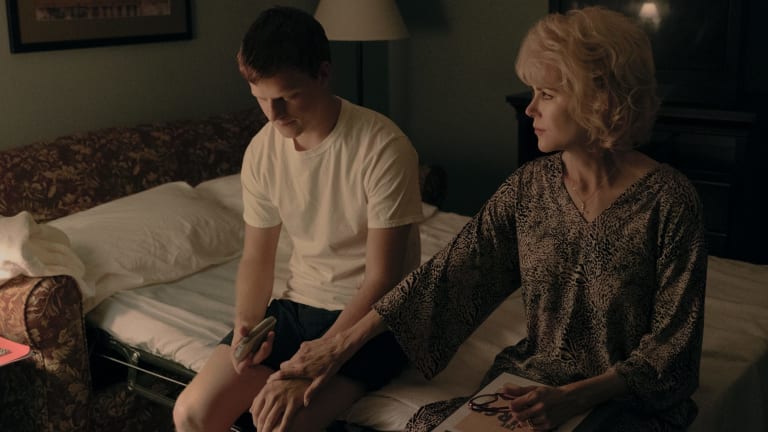 Lucas Hedges as Jared and Kidman as his mother Nancy in Credit:Kyle Kaplan

"It's probably not great to talk about when you're old, but you start out as flavour of the month and then you're not; you have some things that work and some that don't, and suddenly no one's interested," Kidman says. "Then it's, 'You've squandered or lost your talent.' And that's not true. It's always there if you're nourishing it. And that's what I was doing. But that doesn't mean it wasn't frustrating."

Unlike Matthew McConaughey and his celebrated, self-labelled McConaissance of a few years ago, Kidman didn't have the luxury of choice. Women in Hollywood don't. She tried to find funding for projects she wanted to produce. She starred in a celebrated production of Photograph 51 on the London stage. ("I was terrified no one was going to come," she says. The entire 11-week run sold out.) And she tried to jump-start her film career.

"I wasn't the first, second or third choice for Lion," Kidman says. "[Director] Garth Davis was told not to cast me. That hurt. And Garth said, 'No. That's what I'm doing. I want to cast her.' And he fought hard for me. So you know as an actor, they're saying 'No. I don't want her. She's not very good.' And you just … " Kidman pauses, remembering the wound. "'Oooooh. OK.' But that's where I was with things not working and people go, 'Eh. Not her.'" 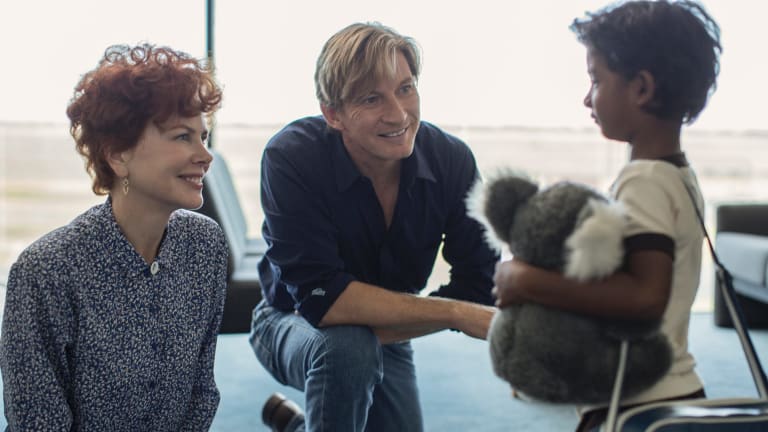 Kidman as Sue and David Wenham as John with Sunny Pawar as five-year-old Saroo in Credit:Transmission Films

Destroyer director Karyn Kusama has had her own ups and downs and appreciates the candour with which Kidman discusses her career.

"For her to be honest about feeling she was down in the dumps and not excited about her work is testament to her actual love for the art form," Kusama says. "Because she just powered through those times. And I'm sure she had some really dark nights staring up at the ceiling, but it seems like that ebb and flow and the understanding that there's good times and bad times really informs her work right now."

Kidman remembers thinking that maybe she'd write or just focus completely on being a mum in Tennessee and finding a philanthropic path that would engage her creatively. Looking to vent, Kidman called her mother Janelle – a feminist who didn't have the career she probably wanted and challenged her two daughters to reject societal expectations – and her mum repeated what she has always told her. "Do not give up your career."

"And I remember saying, 'I'm tired. I want to,'" Kidman remembers. "And she said, 'Keep your toe in the water. You'll want that.' I'm so glad she said it. Because I'd probably be sad and I would grieve it if I had stopped." 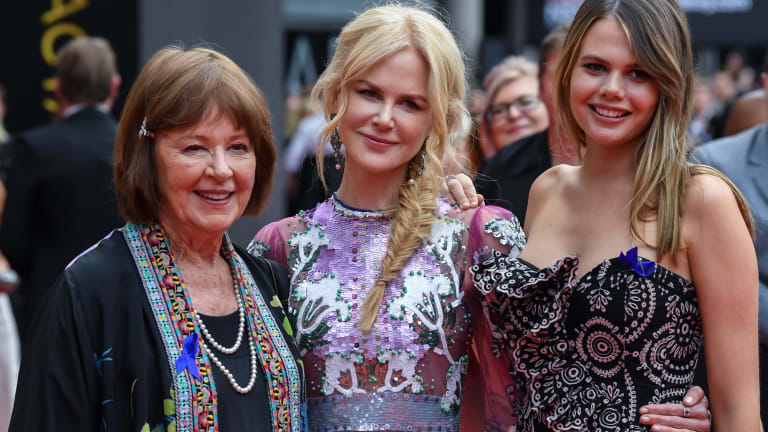 Kidman, an introvert, speaks in a hushed tone that occasionally lowers to a whisper. She celebrated her 50th birthday in 2017 in the way that suits her, going to her Bahamas beach house, unplugging every device and swimming in the ocean with her husband, her daughters, her sister and her nieces and nephews. Her favourite thing about acting isn't the glamour or the parties or the premieres but the time she spends researching and working on characters, a process she finds soothing. ("I find it like balm," she says. "It completely allows me to feel close to humanity.")

With age, Kidman says she's more comfortable in her skin, allowing herself to be more outgoing. Take the time earlier this year, when she was heckling Urban from the side of the stage during a listening party for his new album, calling on him to play the song Parallel Line. Urban's reply: "Only if you come up here and sing with me." With much trepidation, she did.

"I would never have normally got up there on the stage," Kidman says. "Never. That's a step. When time is of the essence, you think, 'Well, why not try to push through things and have more experiences?' And also, with children, not wanting to develop their personalities that way. Because they obviously mimic you and pick up on all that and absorb it. My little one, who's probably more introverted, I see her start to respond to that, so I'm always trying not to lump them with my garbage." She laughs. "Probably about 10 years ago, I could have gone two directions, which would have been into that very isolated, hermetic life, which would not have been a good place for me. Or I kind of went into, 'OK. I can move out.'

"And I'm also very loved. The love helps. And it heals a lot. It's very nice to have it." 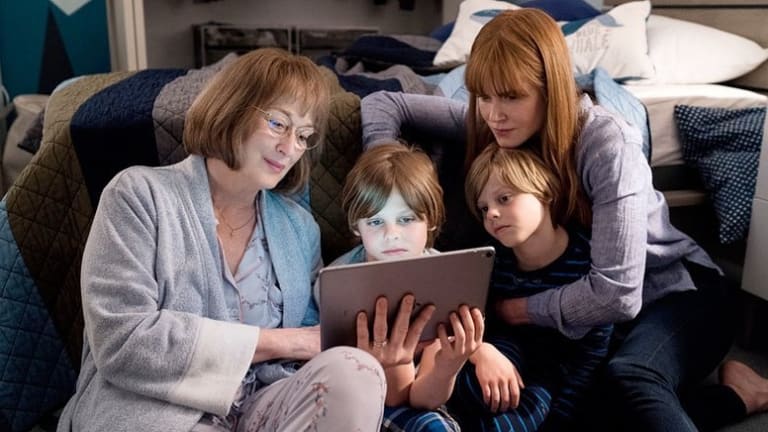 Meryl Streep and Nicole Kidman in season two of Credit:Instagram.com/nicolekidman

Though she prefers to put herself in a place of discomfort in her roles, Kidman loves to laugh and possesses a kooky sense of humour that's rarely seen in her work. She shouldered the drama in the first season of Big Little Lies, playing the straight woman to co-stars Reese Witherspoon and Laura Dern. That remains true for the second season, due next year, which adds Meryl Streep to the cast as Celeste's mother-in-law.

"You need a Meryl, someone to come in and shake us up," Kidman says. "She helps us get into the ramifications of how the first season ended. The weight of that is heavy. It has to be. There's no way around it."

Those hankering for a look at Kidman's lighter side would do well to see Aquaman, a movie she made partly because she and director James Wan, a fellow Australian, have long wanted to work together (a previous project never got off the ground) and mostly because her daughters can actually see a movie that their mum made. 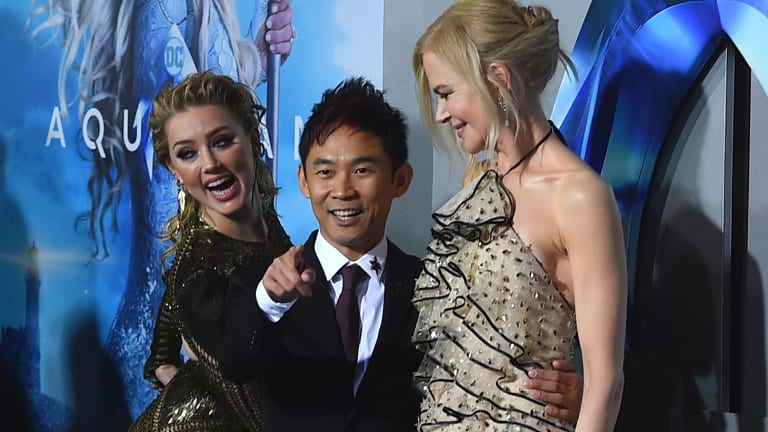 "She actually said that her getting to play in this movie gave her kids a lot of street cred at their school," Wan says, laughing. "I think that's really adorable given how beloved she is in the filmmaking community and the world. At the end of the day, she still wants her kids to look at her and go, 'My mum's cool.'"

Kidman loves Wan's take on her motivations. "They do consider Aquaman a worthy project," she says, letting out a huge laugh. "It's funny. I come to their classrooms and read stories, but I'm not allowed to do too many voices because it's embarrassing. I have to be kind of neutral. There's a lot of stipulations, and I'm very obedient.

"Now, I don't hang out of the window in the car in the line-up, going, 'Hiiiii!' I was trying to do that because, again, I'm more of a shy person and I thought it'd be a great thing to have your parent show much they love you and are desperate to see you."

She smiles. "But they know that I'm crazy about them. They can feel it without me shouting it from the mountaintops."

Aquaman is out now. Destroyer screens at the St George OpenAir Cinema on January 28.