In case you forgot (and you only forgot because you’re uncultured swine), queen of the world Olivia Colman won the Best Actress Oscar last night. After stunning the globe with the best acceptance speech the Academy has ever seen (“This is hilarious! I got an Oscar!”), Colman continued her bewildered celebrations through the night.

It started before she left the stage, with a kiss for Lady Gaga: 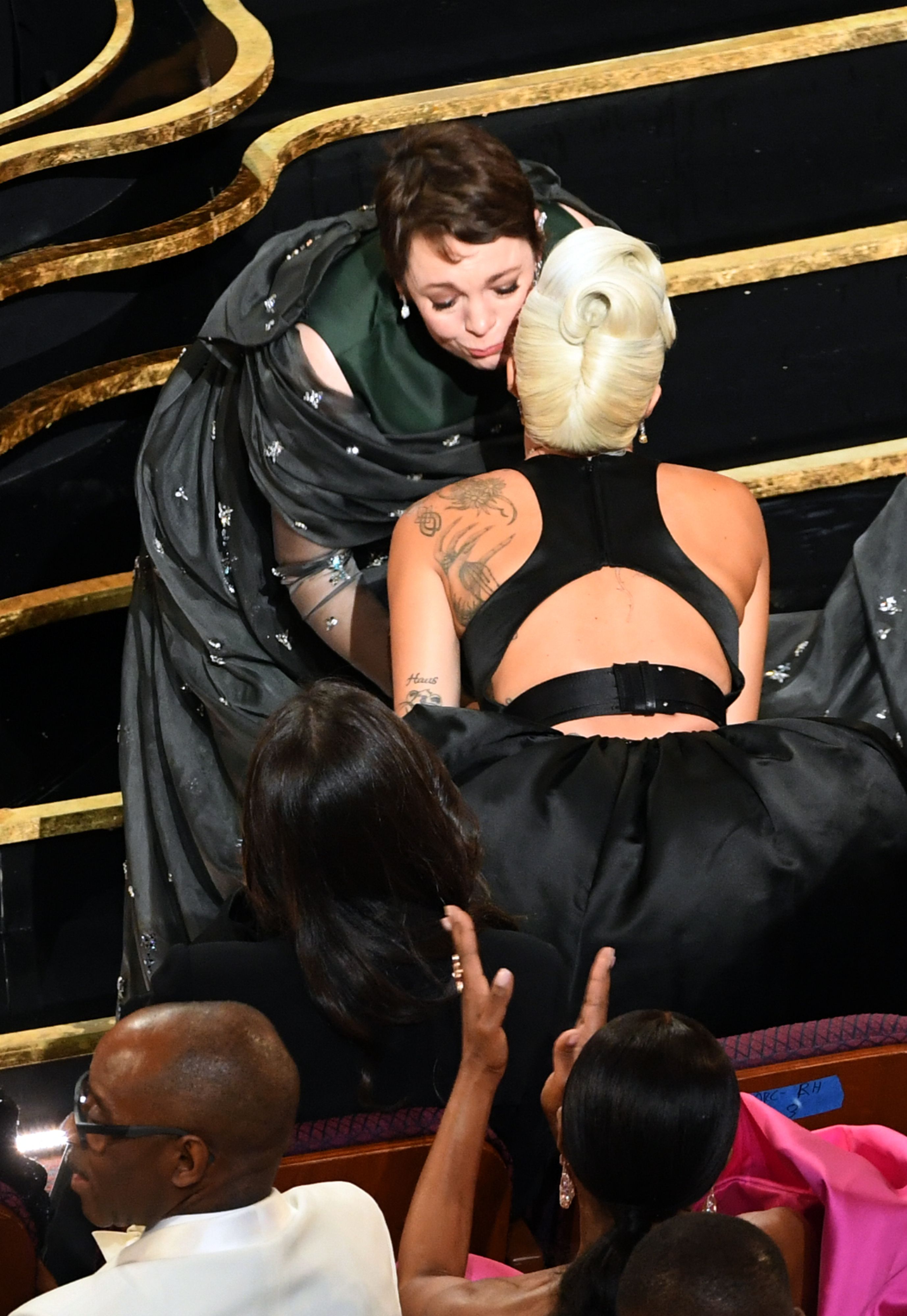 Even steely Frances McDormand (last year’s Best Actress) was near tears after presenting Colman with the award: 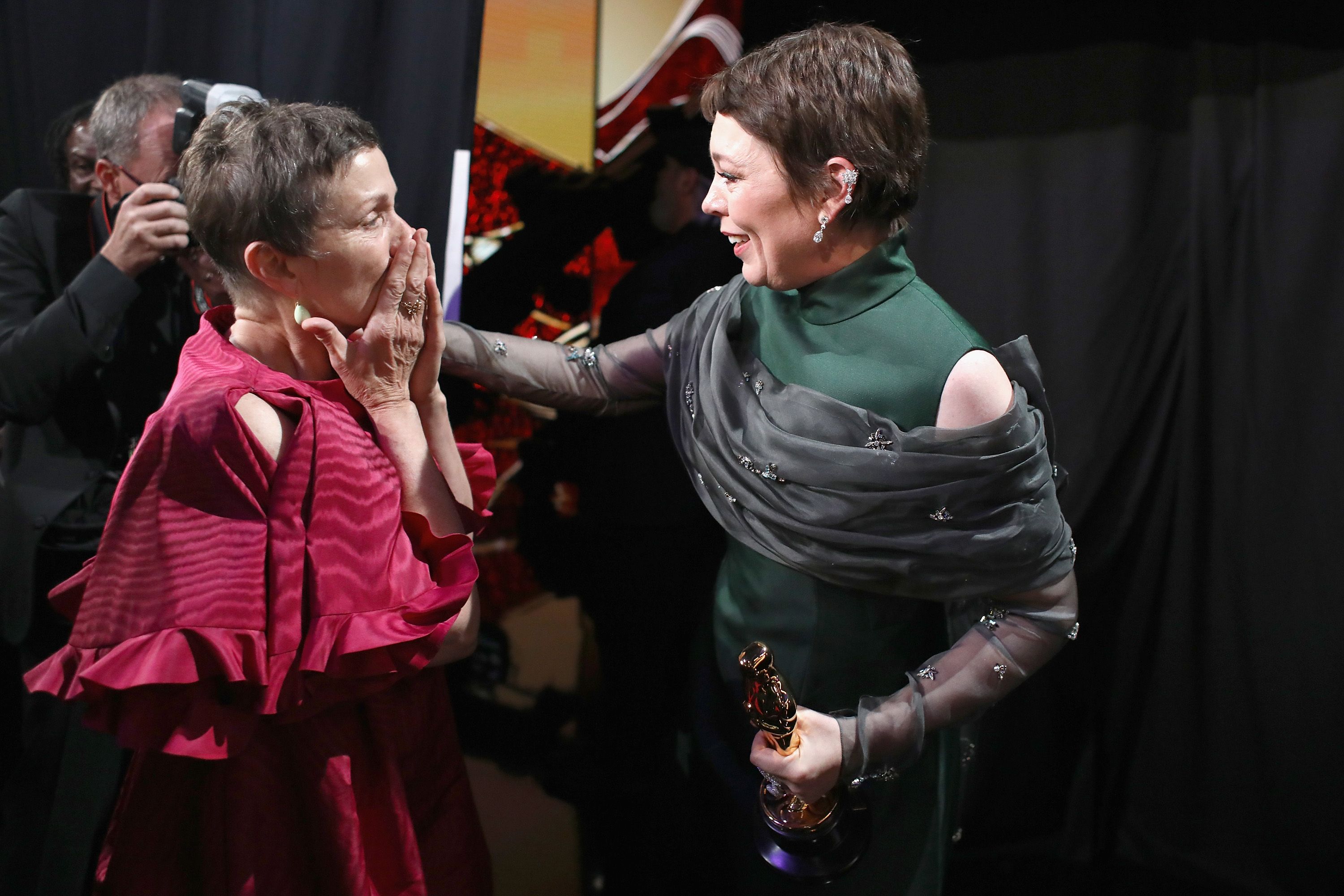 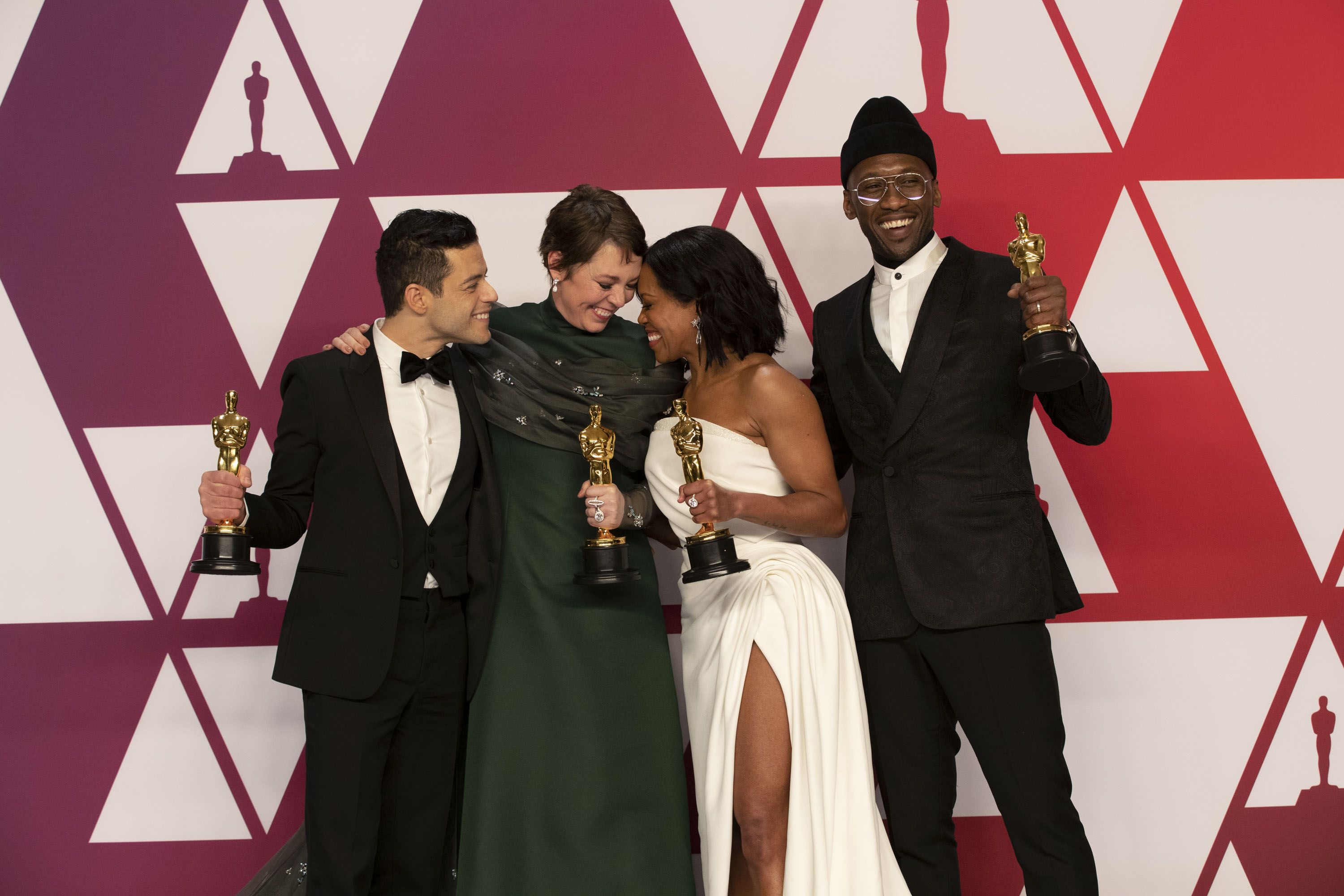 This sneaky kiss from Rami is also superb: 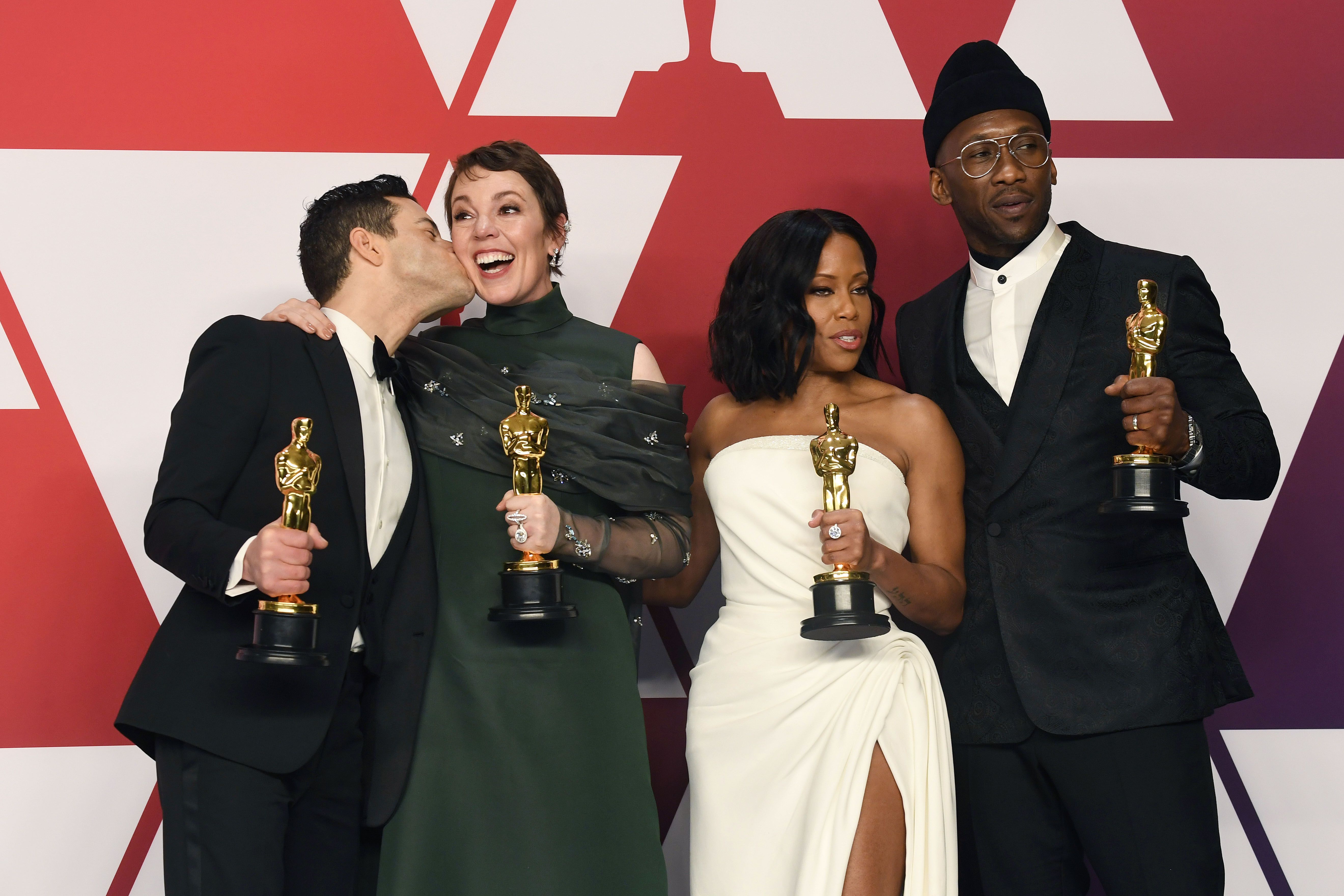 Just looking at the tears in her eyes brings tears to my eyes. 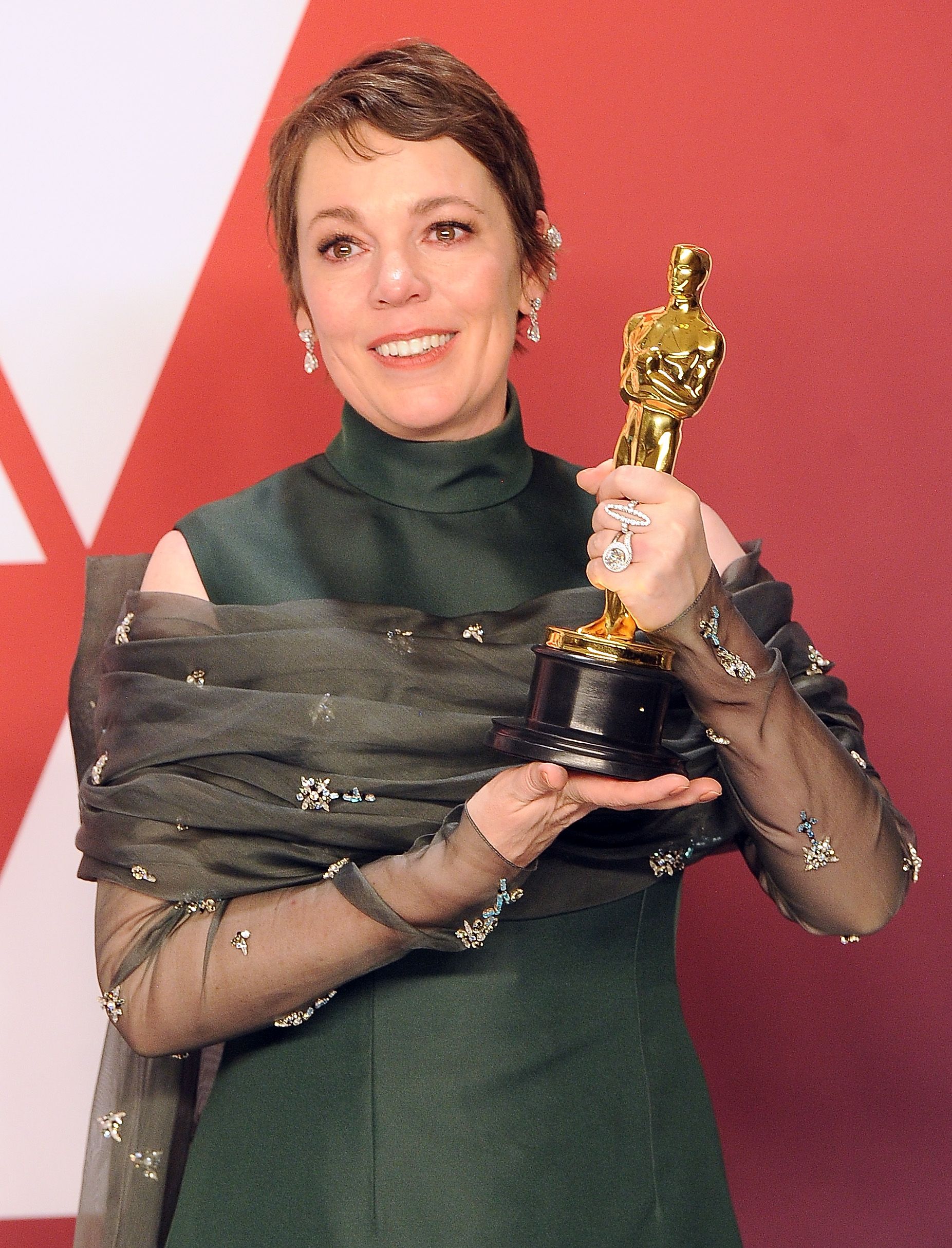 Backstage, Colman gave a predictably perfect interview, vowing to keep her Oscar statue, “In bed with me, between me and my husband. He doesn’t know yet.” A reminder that this is how Colman’s husband reacted to her win:

She also broke the devastating news that Broadchurch will not return for a fourth season (“We’ve done three. That’s it. Sorry.”) and repeated her shock at her win: “I could not tell you what I’m feeling. Next year, I might be able to put it into words, but I don’t know what to do with myself at the moment.”

She closed the Q&A by acknowledging Queen Anne (her character in The Favourite) would celebrate the Oscar win with some blue cake: “Eat too much and be sick.”

Every photo of Colman from the rest of the evening shows her incandescent with joy, which is all she deserves. 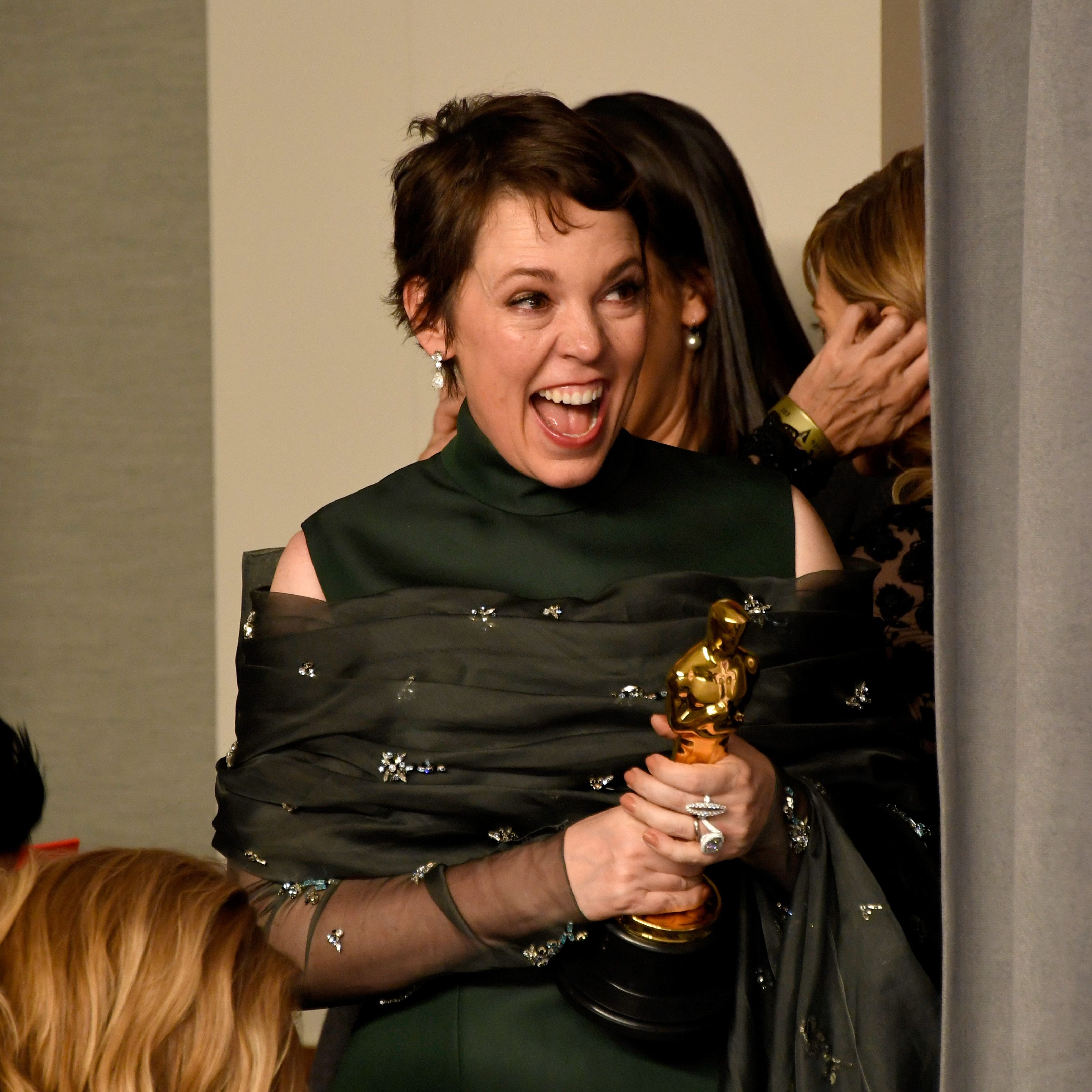 Here she is arriving at the Vanity Fair Oscars party looking just as regal as she did onstage: 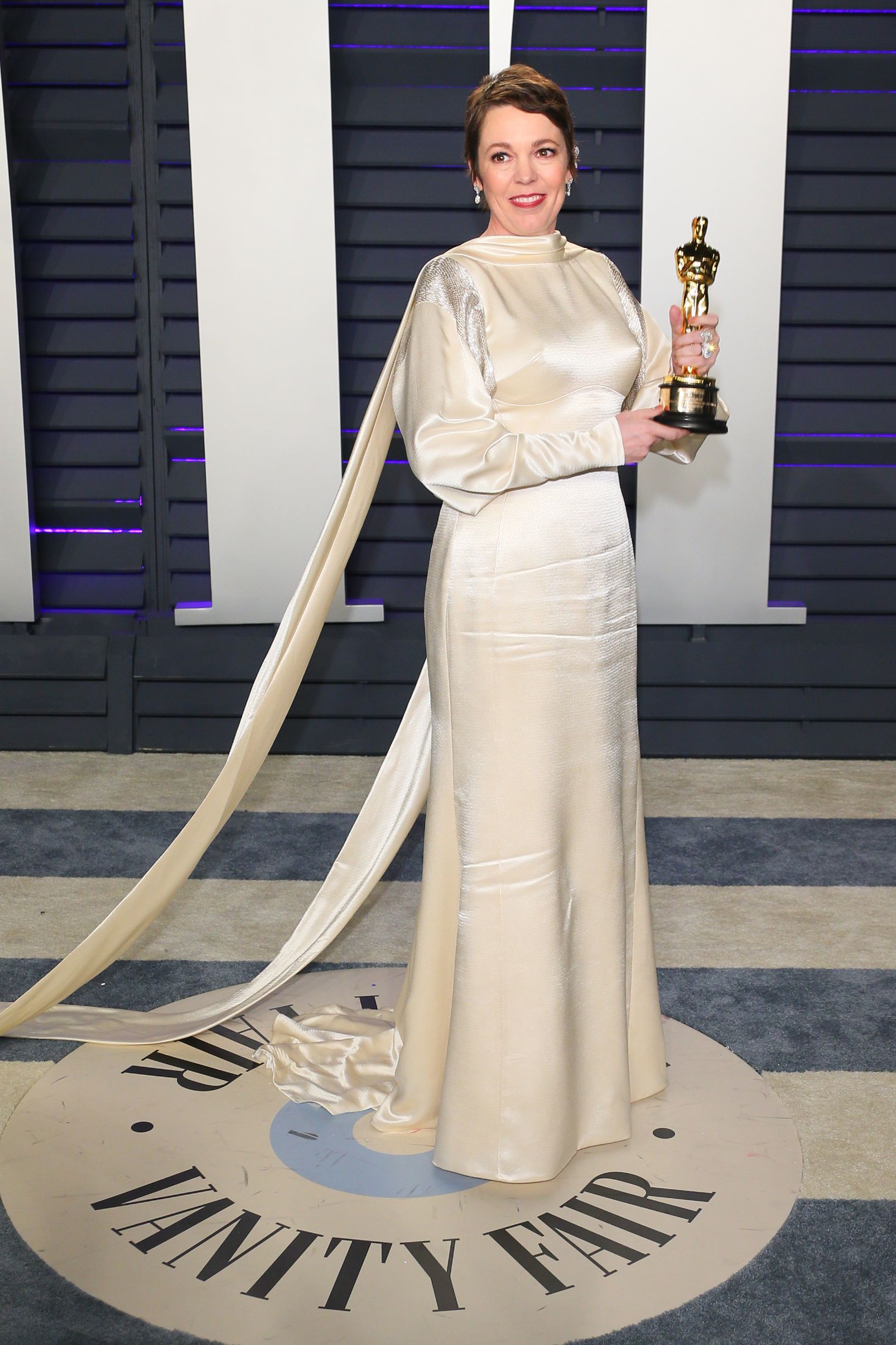 Look at that pride! 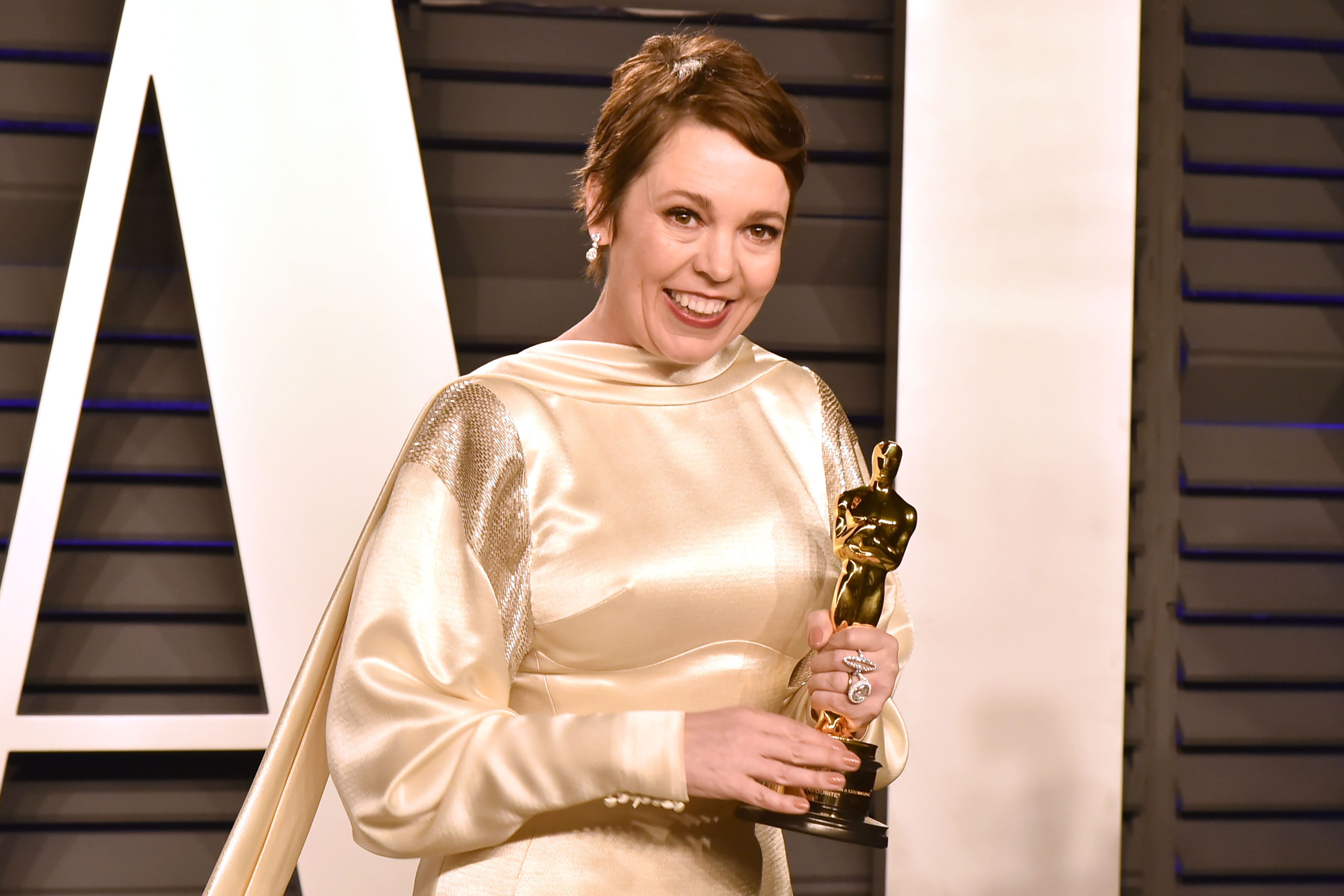 Let’s pause for a quick reminder that in November, when the New York Times floated the idea of an Oscar nom to Colman, she basically panicked: “I don’t know what to do with it,” she said of the rumors. “Talking about the Oscars seems like a silly dream. If you wake up one day and it hasn’t happened, you’ll be cross for feeling disappointed.”

Finally, if you haven’t seen The Favourite, rectify that immediately. 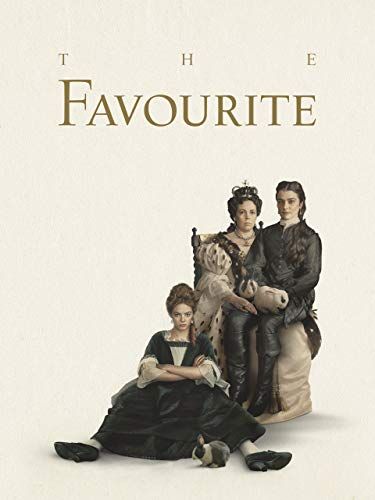