Orange Is the New Black season seven is available to stream and download on Netflix now. The final season saw some of the series’ favourite inmates released from prison, including Cindy ‘Black Cindy’ Hayes, played by Adrienne C. Moore. Here’s everything you need to know about Cindy’s storyline.

What happened to Cindy in OITNB season 7?

Following the riot in season five of Orange Is the New Black, Cindy was transferred to Litchfield Maximum security prison.

Cindy and Suzanne (played by Uzo Aduba) were the only inmates that witnessed the murder of evil guard Piscatella (Brad William Henke) by officer Natoli (Josh Green).

Cindy managed to convince Suzanne not to speak about what they saw, fearing they would be framed for his death.

When being questioned by the FBI in season six, Cindy said she was not hiding in the pool area but soon the FBI agent told her that her DNA was found on the gun.

In a monumental mess up, Cindy told the agent: “I only had it for two seconds when I was taking the gun from T.”

Unfortunately, the agent was quick to work out T was Taystee (Daniella Brooks).

Cindy was then tricked into incriminating Taystee to protect herself from serving more time in prison for a crime she did not commit.

She even had to give testimony at Taystee’s trial, who was wrongfully accused of murdering Desi Piscatella.

In the end, Cindy testified Taystee was the last person she saw holding the gun.

Throughout the sixth and seventh season, Cindy is crippled with the guilt of what happened to Taystee, suffering extreme back pain as a result.

WHAT HAPPENED TO MARITZA RAMOS? 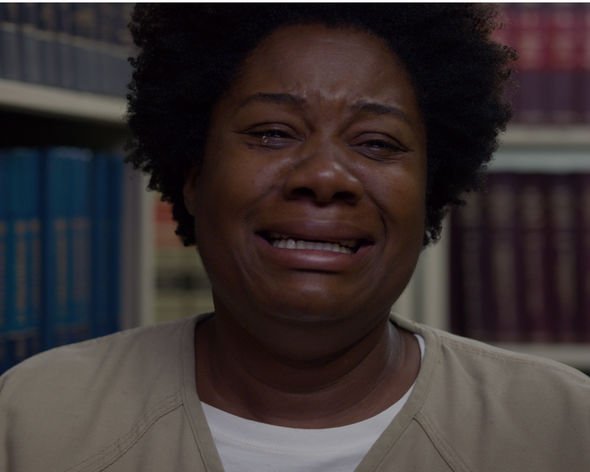 She said: “It was hard. She is dealing with already having lost one member of her tribe in season four [Poussay Washington] and so her next friend, her next best friend and close friend, they are now becoming estranged and she is feeling that pain that she felt with her family.

“It is definitely a self-aware season for her, she is becoming very self-aware.”

DOES LAVERNE COX RETURN IN SEASON 7? 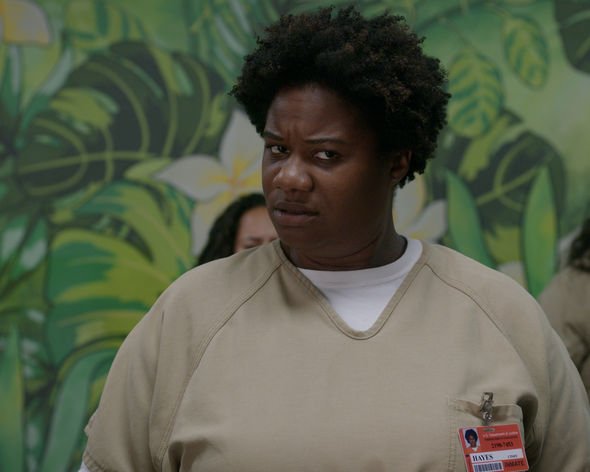 In season seven, Cindy was granted early release and returned home to her mother’s house, where her teenage daughter Monica (Donshea Hopkins) is living.

Before Cindy was released, she took part in a recreational class where the inmates had to write letters to their victims.

Cindy chose to write a letter of apology to her mother, who she felt she had betrayed and disappointed her entire life.

At first, Cindy returned home to open arms and a world of positivity. However, things soon took a dark turn.

Monica was unaware Cindy was her mother and believed Cindy to be her older sister.

The truth finally came out after Taystee wrote Monica a letter, telling her the truth about her mother Cindy.

Whether Taystee did this as an act of revenge or to help Cindy, remains unknown.

Cindy then let the family home to live on the streets as an Elderly Home Caregiver.

WHAT IS WRONG WITH RED IN OITNB SEASON 7? 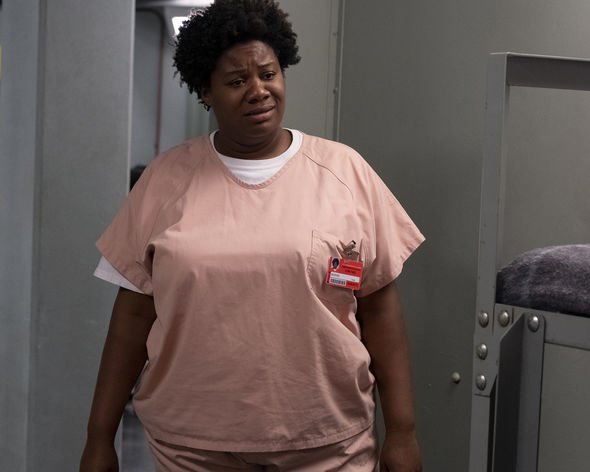 In the end, she makes amends with her daughter, promising they will meet at the same fast-food restaurant every Sunday, to which her daughter agrees.

Adrienne C. Moore said: “For season seven you are really going to see Cindy learn to embrace who she is. Learn to forgive herself. Learn how to move forward. I mean, what we can all connect with is that we have all shed something, we’ve all done something that we regret that we wish we could take back.

“More importantly, to seek your own forgiveness. I think when we all make a mistake we tend to. Just root ourselves in this cycle of shame and guilt and regret and the lesson is learning how to forgive yourself for the purpose of moving forward.

“There will always be those moments where you wish you could take that back but you can’t let that define you, you can’t live like that. And I think for her, that’s what season seven is about for her learning how to move forward. Learning how to forgive herself.”

Orange Is the New Black seasons 1-7 are streaming on Netflix now. 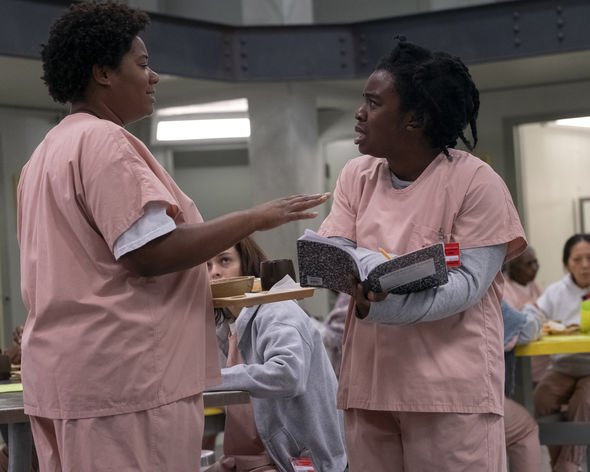