The fifth season of the much-loved Starz series saw Jocasta MacKenzie Cameron (played by Maria Doyle Kennedy) marry Duncan Innes (Alistair Findlay). However, Outlander fans knew she was really in love with Murtagh Fitzgibbons (Duncan Lacroix). Unfortunately, as Murtagh was a wanted man, Jocasta was unable to marry him and instead settled for Duncan.

In the series, Jocasta and Murtagh are seen meeting for one final time before her wedding, which was not included in the Outlander novels.

Showrunners Maril Davis and Matthew B Roberts spoke about why they made this “heartbreaking” change.

“Episode 506 is entitled Better to Marry than Burn,” Maril stated. “This is all about Jocasta’s wedding obviously.

“What’s different between the show and the book is that we have the addition of Murtagh.” 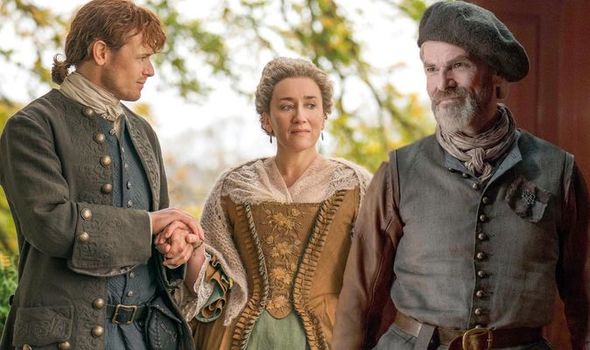 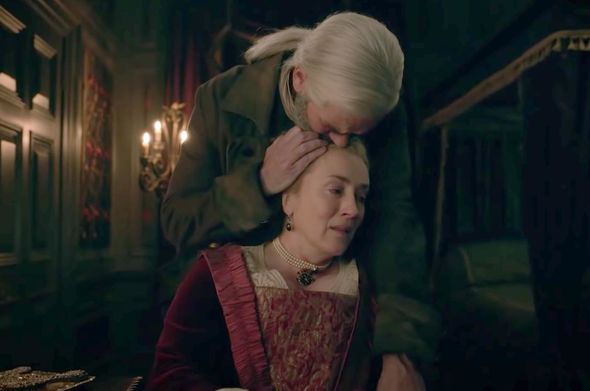 Matthew added: “We all love the character and Duncan brought him to life, it really shined in the show so we wanted to make sure Jocasta married Duncan Innes and how do you do that when she’s in love with Murtagh?

“We had to string together what we think is an organic way of making it happen but also in Outlander tradition causing pain and anguish and hurt.”

“Jocasta has such a heartbreaking past, I mean she ultimately decides she can’t marry for love again, she has to marry for safety,” Maril continued. 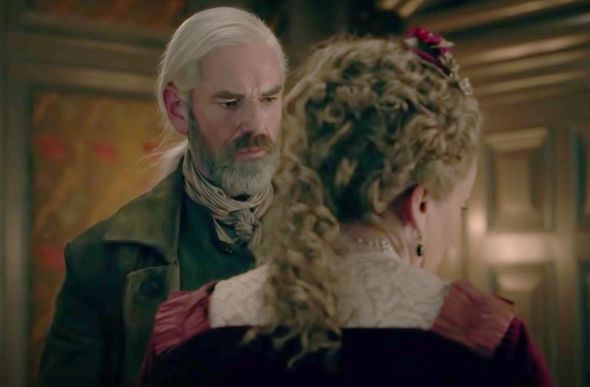 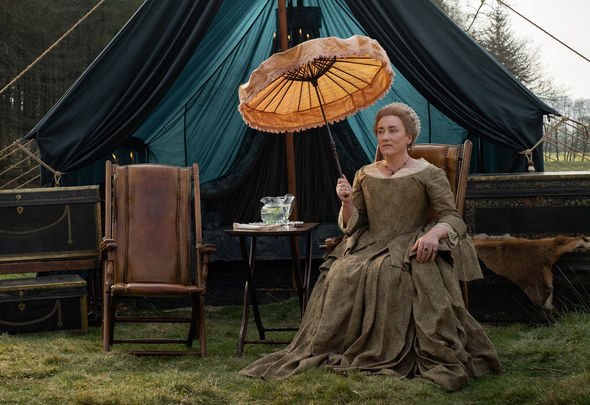 Reflecting on Murtagh and Jocasta’s final moments together, Matthew commented: “The scene between the two of them is so heartbreaking.

“I remember being there in rehearsal and talking about it and talking to the director who really wanted to let this breathe and said ‘Don’t worry about taking your time, let it be organic.’

“You want people to feel the anguish with them. This little love story that we get to tell is broken, it’s not really meant to be.”

Speaking to Entertainment Weekly at the time the episode aired, actress Maria delved deeper into why Jocasta rejected Murtagh.

“I think it’s one of those just absolute unavoidable collisions of personality,” she reflected.

“She’s just utterly compelled to him. It’s the one in a million. But she just can’t do it again, you know?

“We were talking about this a little bit the other day, that grief is the price you pay for love. She knows that he loves her.

“But he’s landing the night before her wedding to say, ‘No, sorry, I did mean to say that I actually do really love you, and will you wait for me?’ I mean, what?”

Unfortunately for Jocasta, it was a little bit too late and she went ahead with her wedding.

Of course, Outlander fans know there was more heartache in store for Jocasta when Murtagh was later killed at the Battle of Alamance.

With Murtagh dead Jocasta is mourning the loss of two men she loved, the highlander and her first husbands, John Cameron and Hugh Cameron, and Hector Cameron.

Outlander seasons 1-5 are available to stream on Starz now.