Brianna Fraser (played by Sophie Skelton) went through the stones at Craigh Na Dun to warn her mother Claire (Caitriona Balfe) and father Jamie Fraser (Sam Heughan) of their death, which she found in an old obituary Frank Randall (Tobias Menzies) had kept. As she rushed to find her parents, Brianna came across Stephen Bonnet (Ed Speelers) who raped her when she arrived in North Carolina. She was then forced to go months believing Roger MacKenzie (Richard Rankin) had turned his back on her after learning she was pregnant. Fortunately, the couple reunited, Brianna gave birth to Jemmy, and the Fraser family all live on Fraser’s Ridge together. But what’s it like filming for Sophie and Caitriona as the Outlander mother and daughter?

In a recent Q&A with Deadline, Caitriona was asked what the most “challenging” shoot with her co-star was as Claire and Brianna?

The actress noted the question was a tough one as she replied: “Challenging? I’m not sure, I always really love it when Sophie and I get to work together.

“She’s so amazing and we always have such a good time.”

Caitriona went on to add: “I just love when they get to be really supportive. 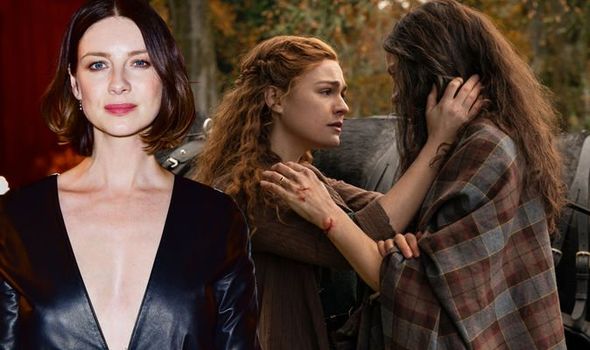 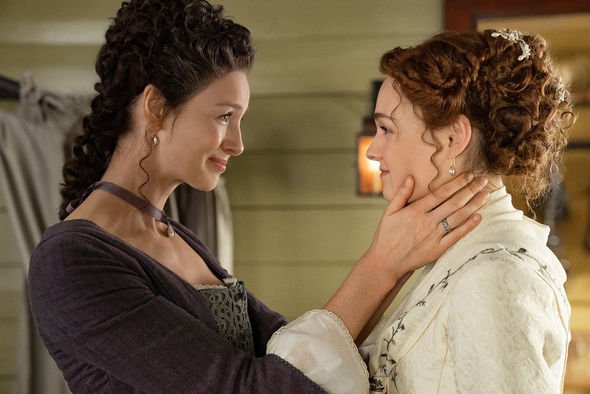 “Coming from where their relationship started in season two, when there was such a gulf between them to now when Brianna is really struggling with Roger, Claire is there to be able to give her advice and be the mother she always wished she could be.

“But then, on the flip of that you see Brianna be very much this sage fountain of advice very often.

“So I don’t know. I’m not sure if they are challenging, they are just really enjoyable.”

The past season is evidence of this as Brianna was seen warning her mother not to expose her medical skills too much. 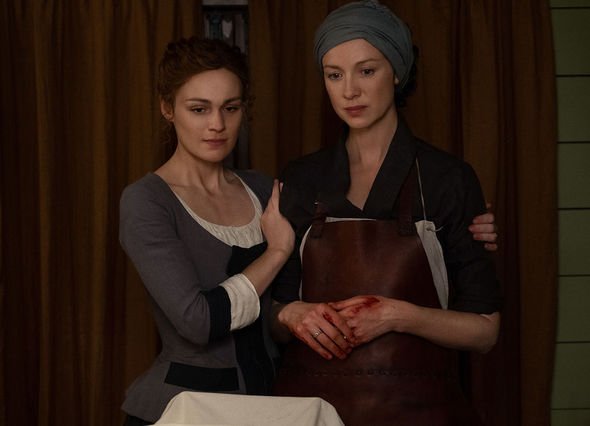 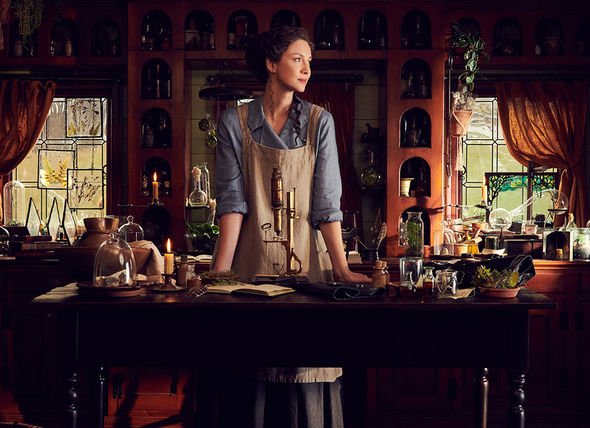 Brianna feared her mother might change the course of history by inventing penicillin, however Claire argued she would only use for some of her patients.

Unfortunately, when it was revealed Claire had been writing medical advice for the local paper under the name of Dr Rawlings, she was violently attacked by Lionel Brown (Ned Dennehy) and his men.

In the same Q&A, Caitriona noted how her medical experience could lead to more danger for Claire in future episodes.

She explained: “It’s one of the elements that I do find really fascinating.

“I mean, it’s amazing what they have on YouTube and how many different procedures you can watch.

“I remember when we did Jenny’s breach birth in season one, I fell down a YouTube hole watching all of these breach births and people turning babies inside the stomach.

“It’s really fascinating and I really love that this season we got to see Claire really invest all of that time again into her role as a healer and a doctor and surgeon.”

Caitriona continued: “Her sort of fight to first of all rediscover or reinvent penicillin I suppose.

It’s fascinating and something that’s an interesting element of our show where you have this person who has all this foreknowledge of all this medical procedures from the future and gets to implement them but has to constantly battle with how much she can show her hand because it’s also sort of dangerous and as we see at the end of the season, it really costs her.

“But it’s an element of the show I really enjoy.”

Could Claire find herself in trouble once more if someone else discovers she’s been posing as a male Dr Rawlings?