Fans of Outlander love the chemistry of the stars in the time-travelling drama. However, some will be left wondering whether these close bonds also resonate off-screen as well. Sam Heughan recently opened up on some of his relationships with his co-stars in an exclusive interview with Express.co.uk.

Does the cast of Outlander get along?

Over five seasons of drama so far, the stars of Outlander have been through many ups and downs with their characters.

They’ve dealt with heartbreak, loss and plenty of battles in the much-loved time-travelling romp.

Given how well the cast portrays these relationships on screen, many will be wondering if they’re also friends in real life.

Jamie Fraser star Heughan and his co-star Graham McTavish recently opened up about this in their new book Clanlands. 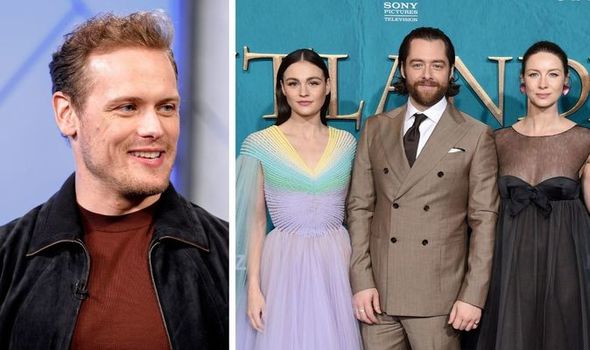 This sees the pair jump in a caravan and traverse Scotland in order to find out more about their heritage.

However, alongside the travel insights, the pair also open up about their time on Outlander and share some great anecdotes about life on set.

This includes a particularly drunken night, which all of the cast – save McTavish – paid for the next day.

For readers, these really highlight how the group also get along very well in real life as well. 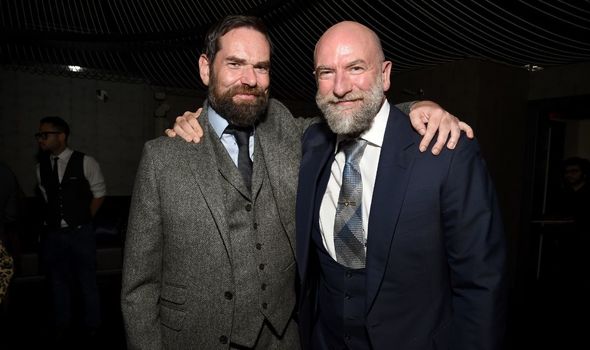 Speaking about this, Heughan even admitted there were lots more moments, which were not included in the book.

He told Express.co.uk: “There are a great number of experiences, friendships and adventures that we had on Outlander that haven’t been included.”

McTavish agreed, adding: “[There’s] too many to choose from.

“Bill Paterson’s stories while we were waiting to film, our first day in the pouring rain with Caitriona [Balfe] in nothing but a slip with about five hot water bottles secreted around her person. 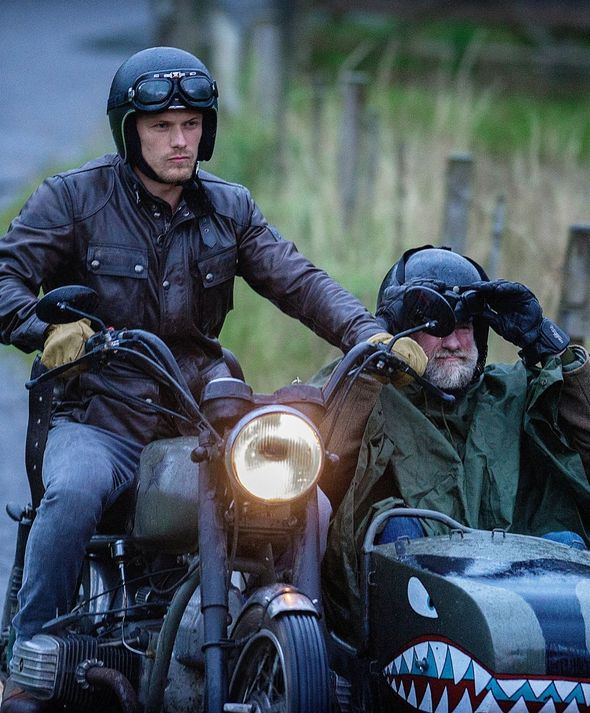 “Saving Sam from a rampaging tractor that tore down the tent we were both sitting in moments before.

“Getting to know a group of people I’ve remained friends with ever since.

“Listening to Gary Lewis making me cry with laughter during the banquet scene with some outrageous commentary.”

The pair also revealed what they first thought about each other when they met, revealing their bromance goes way back.

Speaking about the moment they met, McTavish revealed it was friendship at first sight.

He explained: “I immediately liked Sam. His frank, open nature, his warmth and his team spirit made him a delight to work with.

“I can’t think of a better person to be stuck in a cramped van for days on end.” 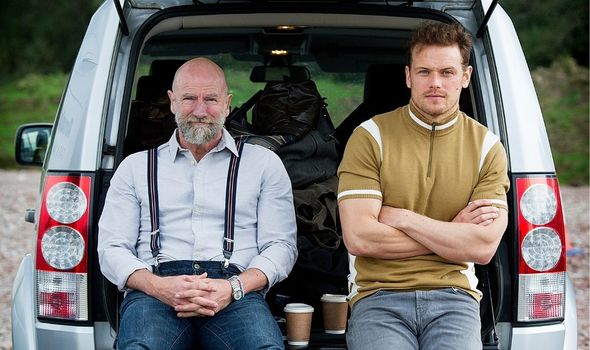 Heughan also revealed his thoughts, admitting how they liked to give him a nickname on set.

The star said: “Graham is a lot of fun. You can rely on him to keep you entertained, whether he means to or not.

“There’s a reason we call him ‘Lady McTavish’ on set.

“He’s a very dear man with a big heart, we got on straight away.”

Outlander seasons 1-5 are available to stream on Amazon Prime Video. Clanlands is released on November 3 and is published by Hodder & Stoughton.