Outlander has been demonstrating its most dramatic of events in recent episodes, as many of the characters have suffered in a number of unique ways. Most recently Starz viewers saw Jamie Fraser (played by Sam Heughan) bitten by a snake and almost died from its deadly venom. Thankfully, he managed to get over it with a little help from his wife, Claire Fraser (Caitriona Balfe).

Great Big Lockdown Survey: Tell us what life’s like for you by answering THESE questions

Although Jamie survived a battle of endurance against the snake venom, he may be going to meet his end in the upcoming season five episode ten, titled Journeycake.

The trailer for the next episode sees what looks like the British army arriving to take over America – thus inducing the American Revolutionary War.

While this is certainly going to be a good bout of viewing for fans of the show, it looks like Jamie is going to see the brunt of the force.

In the final moments of the trailer military men can be seen breaking into Claire and Jamie’s house. 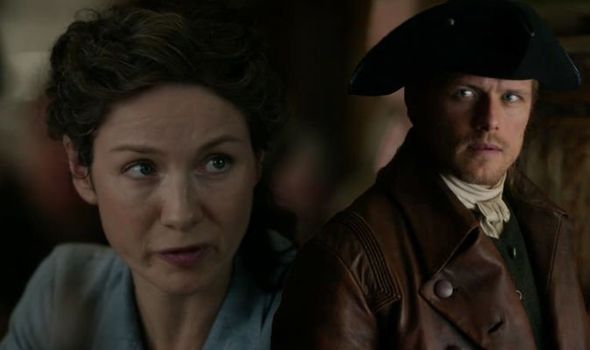 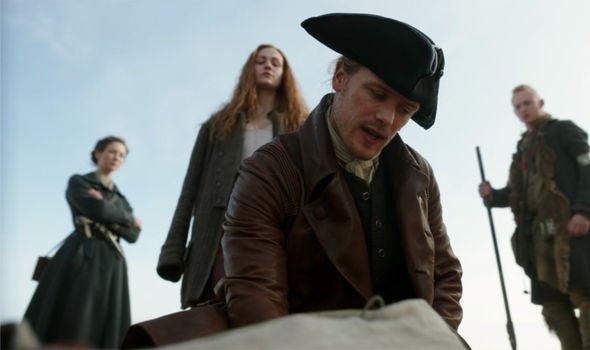 During the traumatic event Claire can be seen screaming: “What is the meaning of this?!”

Seconds later a man with long brown and grey hair – reminiscent of Jamie’s – can be seen getting stabbed by one of the officers.

While it has not yet been confirmed this is actually Jamie being stabbed, it certainly looks like him.

And fans instantly began crying out in fear for the beloved character, as one asked in reply to the trailer: “Did Jamie get stabbed?!” 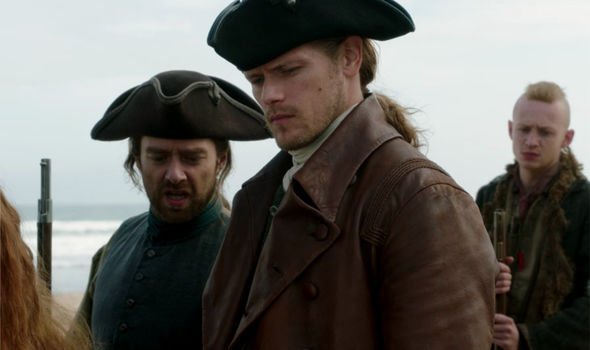 Another asked: “Who gets stabbed at the end?” Prompting a reply from a fan who said: “Looks and sounds like Jamie!” (sic)

Other viewers instantly fell into debate over whether Jamie would have survived the attack, with one dissecting the trailer obliquely.

They wrote: “War is coming because Jamie lights a fire cross as promised when the war comes.

“Who does this soldier hurt at the end of the trailer, our main character?” (sic)

Fans will unfortunately have to wait until this evening’s episode drops on Starz and Amazon Prime Video to find out what is going on.

Meanwhile, Jamie star Sam recently spoke out about the sex scene which viewers saw during the episode which saw him almost succumb to his snake bite.

Speaking to Glamour Sam confessed: “For me, that’s probably the most intimate moment we’ve had for quite a long time.

“But it’s not them having sex, it’s something deeper than that. It’s hard to find a new way of showing that and expressing that.

“And that’s certainly what Caitriona and I pushed for in those scenes.”

While this scene certainly encapsulated the vibe of the pair’s relationship, it almost cemented that they will most likely both be sticking around for a while.

But if Jamie is stabbed in the upcoming episode, will he be able to keep Claire safe in the season finale?

Outlander airs Sunday on Starz in the US and drops Monday on Amazon Prime in the UK.