The cast and crew of Outlander are currently waiting to get back on set to film the next season of the Starz series. In the meantime, they have been teasing fans about what they can expect and Lizzie (played by Caitlin O’Ryan) is set to have her first big storyline.

Hints about what this could involve were revealed in a deleted scene from season five.

In the clip, Lizzie can be seen talking to Josiah Beardsley (Paul Gorman) who she believes is actually Keziah (also Paul Gorman).

It’s clear there is chemistry between the two and actress Caitlin told fans to keep an eye out for how it develops.

Speaking about the deleted scene, she explained: “This scene is quite a nice opportunity for Lizzie to interact with who she thinks is Keziah but is actually Josiah. 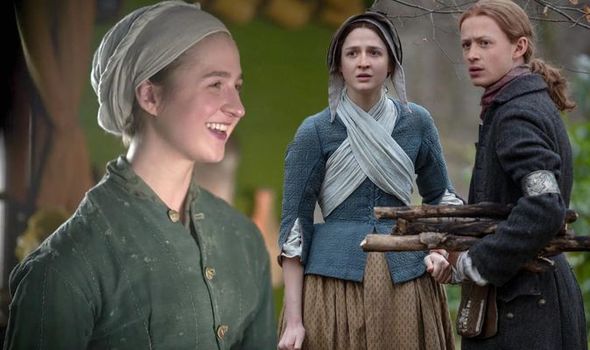 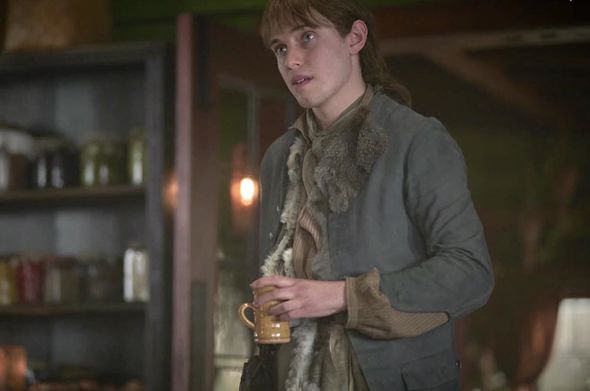 “You get to see the nice dynamic between the twins and Lizzie for the first time really.”

Paul added: “I’ve just come back from a hunt and I see Lizzie.

“I’ve kind of been harbouring these feelings for Lizzie but I’ve not had a proper chance to speak to her because I’ve been a bit nervous about her.

“I start to play along because she starts to talk about Josiah.” 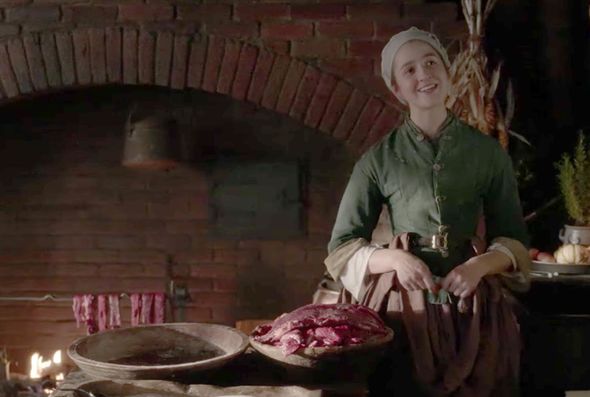 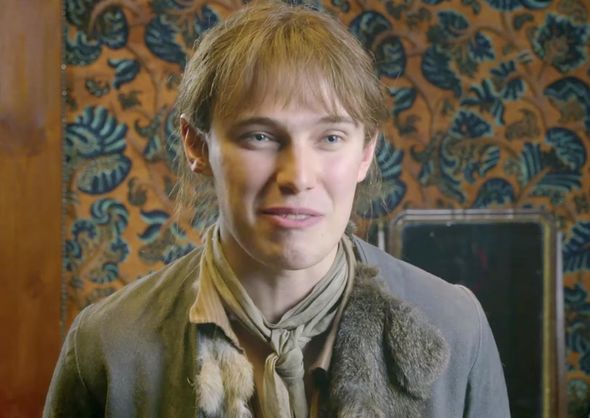 Caitlin continued: “I would keep eyes peeled for what might happen.”

In the clip, Lizzie says: “Stay a wee bit longer Keziah, I haven’t seen you for a while.”

Josiah looks at Lizzie blankly before she offers him some food.

“Would you like a wee bit of bread and butter?” she exclaims. “And some ale.”

Josiah tries to explain he’s not Keziah but Lizzie doesn’t listen and eventually he plays along.

“Your brother tells me you’re having better luck with your ears now since Mistress Claire did her healing and what not.

“He said you’re not having to follow a person’s lips as much.

Fans of the Outlander novels know that Lizzie ends up falling pregnant but she is unsure of whether Josiah or Keziah is the father.

The storyline follows Lizzie and the two Beardsley twins as they raise the child between them.

They also go on to have more children together – will the storyline feature in season six or child Lizzie end up with someone else’s child?

Outlander seasons 1-5 are available to stream on Netflix now.