Paddy, 47, has been keeping the nation entertained as host of Top Gear during the latest national lockdown, alongside his co-stars Chris Harris, 46, and Andrew ‘Freddie’ Flintoff, 43. The latest series of the BBC car programme has seen the trio complete numerous challenges and delve into why motors played such a significant role in the James Bond franchise. However, it seems the trickiest task to date will play out during this weekend’s finale, which will also be historic for the show.

Speaking on Tuesday’s edition of This Morning with Phillip Schofield, 58, and Holly Willoughby, 40, Paddy teased what viewers could expect to see.

Addressing why the programme will make history, the presenter said: “We even get the motorbikes out.

“Which hasn’t been done before on Top Gear. We’re all on the motorbikes as well,” he explained before detailing the “triathlon” challenge the trio partake in.

“It’s a really fun, outlandish episode to end the series with,” he commented, to which Phillip pointed out it was a bit of a “worry” for Paddy with regards to the swimming part.

The daytime television presenter said: “Isn’t it because they were initially asking you to go a lot further than what you wanted to go?” 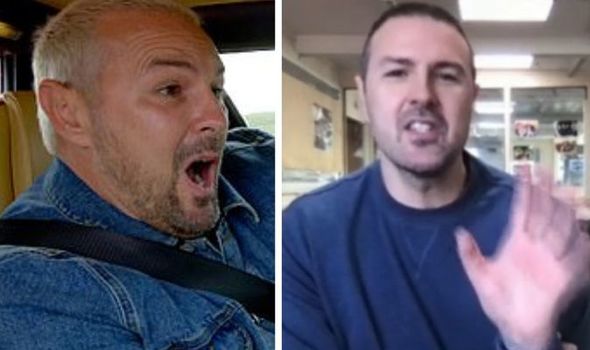 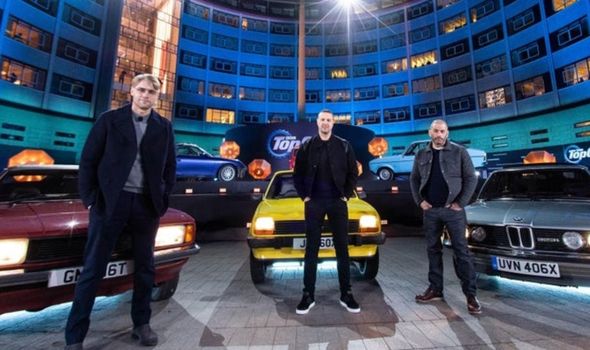 Paddy replied: “When they tell us things on Top Gear, they kind of (say it) like it’s nothing. (But) it’s a big deal.

“It’s alright for Fred, he trains all the time but me and Chris were knackered. They had us swimming and running and bike riding and all kinds of stuff.

“It’s a funny episode, people will enjoy I think,” he added but Phillip addressed Paddy might have “cheated”.

“We have a contact as one of the producers who said you may have cheated in the challenge,” the presenter cheekily remarked. 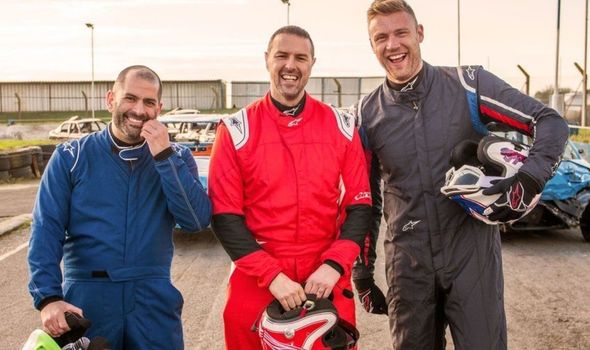 Judge it for yourself

“Please,” Paddy instantly replied, before adding: “What it was, we were on these jet skis – I’d never ridden a jet ski before.

“Chris has been brought up on jet skis, his family are very wealthy. So when the jet ski stops, it’s not like a bike or a car where you can just stop it.

“It keeps moving in the water when you try to stop it. Judge it for yourself when you watch it,” the Top Gear presenter said.

Whether Paddy wins or loses, viewers will be sad to see the latest season come to an end, given it only started a month ago.

Taking to Twitter, viewers have been sharing their frustrations, with one writing: “Disappointed to learn that next episode of #TopGear will be the last of a very short season – it’s been an incredibly strong season of content so far.

“Genuine is the word I would use for it – I just hope that the presenting lineup is kept for more seasons, as it’s gelled well,” they continued.

Another posted: “Four episodes. What the f**k happened to Top Gear. @JeremyClarkson and that lot did loads more than that in a series.

“What the f**k. P**s take cause I love #TopGear and #TheGrandTour #ThisMorning,” the irate fan expressed on the social media platform.

However, the team have had to limit the number of episodes they could film due to the impact of the coronavirus pandemic.

The latest season is the second to broadcast in the midst of the global health crisis, with the BBC adapting to make filming as safe as possible.

Earlier this year, the programme made history when it was announced the former studio segments of the show would be filmed at the Television Centre in Central London.

Before Covid, the studio would have been filled with a live audience and recorded at Dunsfold Aerodrome in Surrey.

Top Gear continues Sunday at 8pm on BBC One.