Here’s the question haunting Hollywood about the Oscar show: Why expect next year to be different?

Anthony Hopkins’ no-show put a hole in the show last Sunday, but it was the slate of nominees that represented the biggest “hole.” Audience movies  — films that register on some scale of awareness — were on the missing list. But will that change?

The majors are clearly panting to unleash their wannabe blockbusters like Black Widow and A Quiet Place Part II – pricey projects that were pushed back this year. The indies (those that survived) also wait nervously for theater openings and confirmed festival dates. “The pipelines are bulging at the moment but the delivery systems are still iffy,” observes one seasoned distributor.

Hollywood is trying to figure out what sort of product will define the majors in 2022, given their shifting hierarchies and redefined business models. Further, will those indie filmmakers who fueled the awards season in years past be able to cope with the blur between movies and streamers? Will they and their reps understand how to pitch corporate executives who preside over “re-aligned siloes” with divisions called General Entertainment Content? How would a marketer explain Parasite or Amadeus to someone whose job depends on patching together spinoffs for Game of Thrones?

The one consensus: Hopkins’ absence was an appropriate epitaph to an Oscar show that simply didn’t work, with all its good intentions. The fact that the star of The Father didn’t make the scene was a reminder of Norma Desmond’s complaint in Sunset Boulevard that “it’s the pictures that got small.”

“Our love of movies has helped us get through it,” proclaimed Regina King at the start of an Oscar show that drew its biggest applause for an octopus. Laura Dern later spoke passionately about filmmakers, but it was Fellini she was praising, not Steven Soderbergh, her producer. 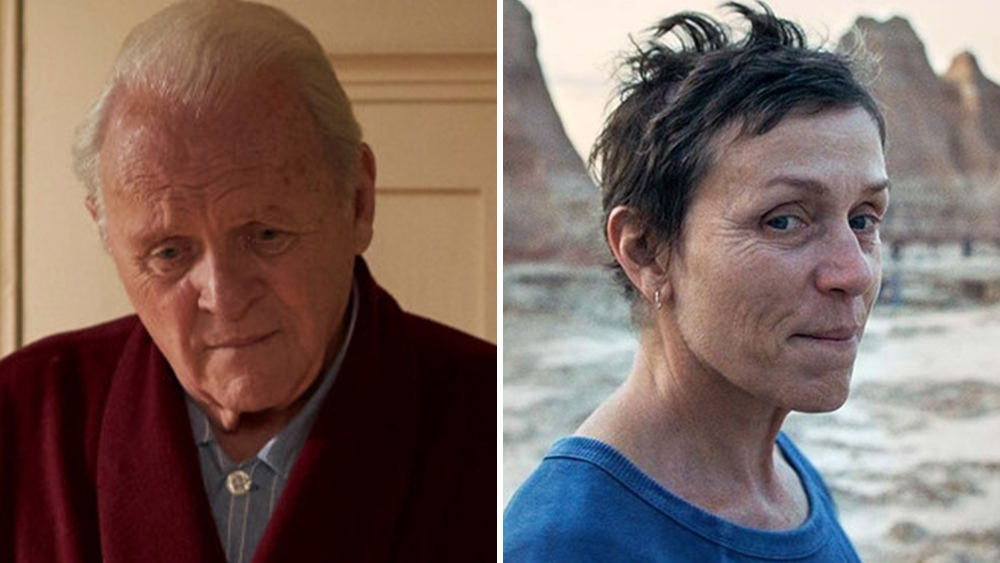 Hollywood may be tooling up for its re-awakening, but important pieces of it may be falling by the wayside. The Netflix brand kept leaping from the lips of acceptors Sunday, but the two geriatric labels responsible for the big winners – Searchlight (Nomadland) and Sony Classics (The Father) – seemed forgotten. Appropriately, Searchlight’s Nancy Utley and Steve Gilula chose Oscar week to announce their retirement rather than continue as adjuncts to the Magic Kingdom.

The restructured Disney, now a daunting corporate conundrum, has decided to clarify its roadmap by creating divisions like Disney General Entertainment Content, which embraces Walt Disney Television (Hulu Originals snuggle in there) and Disney Media and Entertainment Distribution (Disney+ is its focus). The aim is to help filmmakers “make the right show for the right platforms for the right audience,” a press release states.

Filmmakers and their agents may still find themselves confused where “the right audience” resides. The re-aligned assets of the AT&T empire also now nest in centralized groups that guide development and production. According to the new corporate lexicon, the aim is to focus more intently on “the business,” separating content executives from business-focused teams charged with growth and expansion. The new structures seem more reminiscent of Silicon Valley than the Hollywood studio system. Hence at AT&T’s WarnerMedia, familiar programming gurus like Bob Greenblatt and Kevin Reilly have disappeared from the corporate charts.

At the core of the new jargon is “IP”– code for brand-name material with everything spinning off from those magic letters. Game of Thrones from HBO has six spinoffs in development. Disney+’s success with The Mandalorian has inspired seven live-action Star Wars series crowding the pipeline. But the biggest news on the IP front, of course, is Netflix’s $440 million deal to build a mega-factory around Knives Out. Rian Johnson’s whodunit cost a mere $45 million to produce and grossed $311 million worldwide.

Netflix also plans a big-budget series around The Witcher starring Henry Cavill, with a prequel already in the works. Not to be outdone, Amazon committed $250 million to acquire TV rights to Lord of the Rings. The original 2001 movie based on JRR Tolkien’s world was uniformly turned down by the studios and networks until Robert Shaye stitched together an eleventh-hour deal.

Given the magnitude of the IP shootout, indie filmmakers are understandably worried about the care and feeding of their passion projects. Oscar winners over the last decade, whether Birdman or Moonlight, have become increasingly delicate in their themes and narrow-cast in their audiences. Fifty years ago, a small entity like United Artists would greenlight Midnight Cowboy because it coveted the young creative elements and could structure a platform release to lend it a four-week landing pad. Would it survive as a streamer pitch?

The Oscar show was originally conceived as a sort of prequel for eventual International Feature winner Another Round – an excuse for industry leaders to get drunk and celebrate their survival. Given the show’s skeletal numbers and overall irrelevance, that may well be an appropriate scenario for its future.