Michael Peterson was convicted in 2003 of murdering his wife Kathleen in 2001.

In 2017, Peterson submitted an Alford plea to the reduced charge of manslaughter and was sentenced to time already served and freed.

Netflix documentary series The Staircase drew attention to the case, as did the HBO miniseries by the same name, starring Colin Firth and Toni Collette.

No one knows for sure what happened to Kathleen, but some theories include that she fell down the stairs after being attacked by an owl. Peterson says he does not remember what happened to his wife.

Finishing their interview on the ITV morning show, in which Phillip and co-host Holly Willoughby asked Peterson directly if he had killed his wife, Phil spoke about a ‘twist of fate’ in the studio.

‘In a remarkable twist of fate, our team member who was looking after you yesterday grabbed you just as you were about to fall down the staircase and saved you,’ Phillip said. 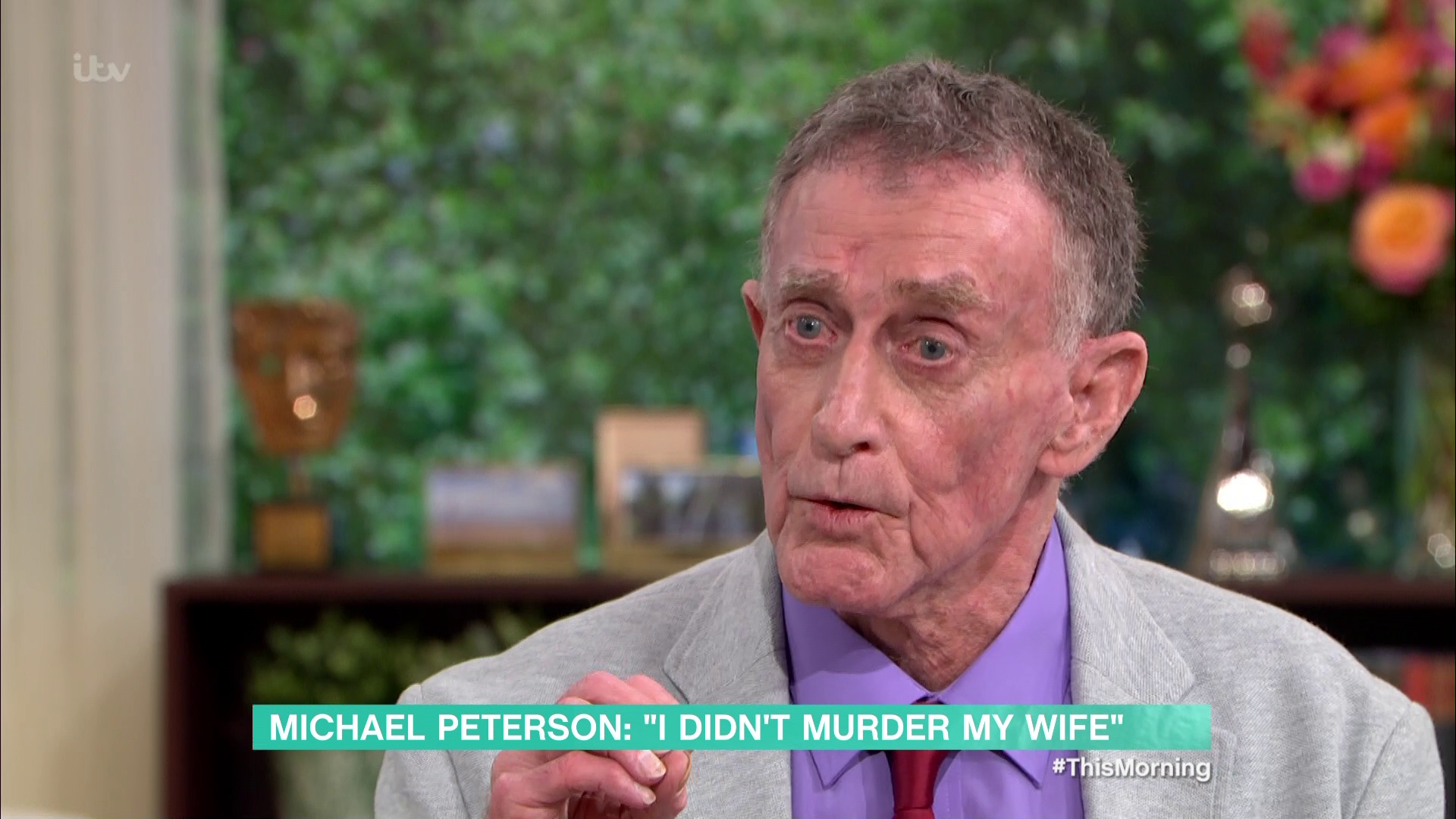 ‘He did?’ Peterson asked, looking confused.

‘Yes,’ Phillip assured him. ‘Saved you from falling down the staircase.’

As Peterson continued to look confused, Phillip joked: ‘Can’t remember that one either?’ with Holly bursting into laughter and Peterson saying: ‘No I don’t.’

Peterson went on to start a story about ‘the most famous person in England who died by falling down a staircase’, before Phillip thanked him, told him they had to cut to a break, and laughed again.

‘I was already free. So I would’ve been risking emotional damage to my children and grandchildren… So I took what is considered an Alford plea, which is that I didn’t do anything, I am not guilty, but I will plead guilty to a smaller charge so that you will set me free. So to me that was the better thing.’

In December 2001, novelist Peterson called 911 to report that his wife Kathleen had fallen down a set of stairs under the influence of alcohol and Valium in his sprawling North Carolina mansion in Forest Hill, Durham, and died.

The authorities disbelieved Peterson’s account of events, concluding that Kathleen had been bludgeoned to death by Peterson using a blow-poke, that had mysteriously gone missing from the family mansion’s fireplace.

A French team created an initial mini-series called The Staircase documenting Peterson’s trial, which was directed by Jean-Xavier de Lestrade, and was released in 2004.

In 2012-2013, Lestrade returned to film Peterson and his family, covering the following developments in the case, which were released in a two-hour special.

Three extra episodes were then made for Netflix, and the whole 13-episode series was released on the streaming site as one series.

Metro.co.uk has contacted reps for This Morning for comment.