Piers Morgan left his role as presenter of Good Morning Britain last week after he refused to apologise for the comments he made about Prince Harry and Meghan Markle’s Oprah Winfrey interview. Ofcom revealed over 50,000 complaints were made to them about his remarks and despite angering quite a few viewers, that number is nothing compared to the amount of people who are no longer tuning into the popular ITV morning chat and news show every day, as it has been reported by Express.co.uk, 255,000 viewers have left with Piers. Now, new research from Uswitch has revealed one in five complaints made to Ofcom over the past five years has been about Piers.

The research follows Ofcom’s latest report which announced on the 8 and 9 of March 2021 GMB received 57,121 complaints – up almost 40% from the previous week.

As part of their Uswitch’s campaign, the data analysts also explained how over a third (37%) of complaints submitted to the broadcaster regulator are about ITV’s headline show Good Morning Britain.

The research revealed a total of 193,930 Ofcom complaints have been raised during the last five years, with GMB now accounting for 80% of that figure (73,196).

Switch also collated the most complained about moments from GMB and gave the number of complaints they received. 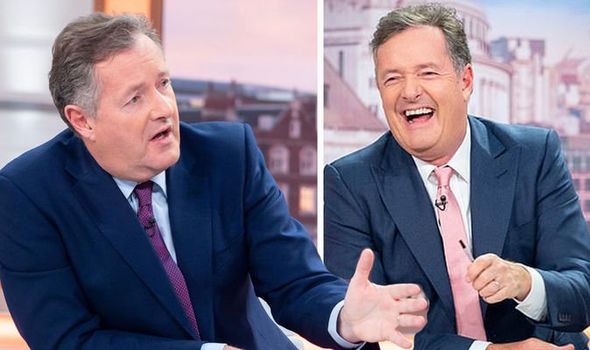 Back in September 2017, therapist Dr Michael Davidson appeared as a guest when Piers and Susanna Reid were hosting and claimed he can make some gay people straight.

He said homosexuality is “an aberration”, “a sin” and “in some cases reversible” and the presenters challenged him over his views.

1,099 complaints were made from this interview.

Another moment people complained about was Piers mimicking the foreign language back in January 2020.

1,756 complaints were made after Piers attempted to repeat what was said in the clip, saying: “Ching chang cho jo.”

The third most complained moment involving Piers on GMB was his criticism of care homes exactly a year ago.

5.501 complaints were racked up after Piers went head to head with Conservative MP and Care Minister Helen Whately.

At the time, Ofcom said, “viewers would expect him to challenge senior politicians and hold them to account”.

And the former ITV host was “well known for his combative interviewing style”, the watchdog said.