Piers and Susanna returned to Good Morning Britain on Monday to bring ITV viewers the latest news on some of the country’s biggest headlines. Conversation on today’s GMB predominantly focussed on the Black Lives Matter protests from over the weekend and the subsequent fallout, as well as the government’s new rules surrounding quarantine for those flying in and out of the UK. However, as the show drew to a close, the hosts were locked in a rather tense moment when Susanna teased her co-host about his weight.

Piers told GMB viewers he was left ecstatic over the weekend as he was able to visit a McDonalds for the first time since the UK went into lockdown.

He began: “Very quickly, I know you’ve been worried,

“Finally, the wait was over. Here we are, Wandsworth Bridge, McDonald’s drive-thru, at the weekend. 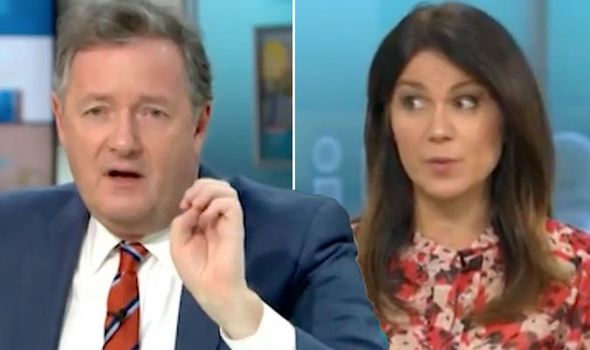 Susanna couldn’t resist a swipe at her co-host following his announcement.

She quipped: “Thanks for putting us all out of our misery,

Looking to camera, Piers hit back: “Thank you, again, for fat-shaming me.” 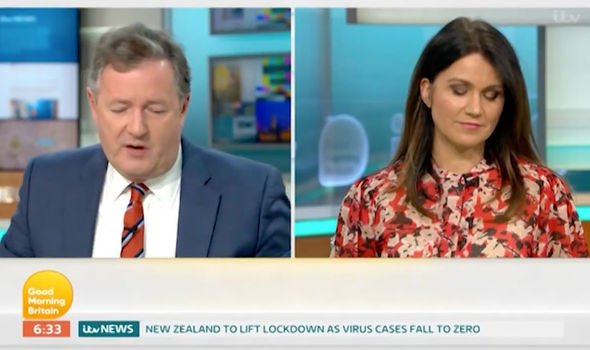