PIERS Morgan has hit out again over "deluded" Denise Welch's take on the coronavirus pandemic.

The Good Morning Britain host, 55, slammed the Loose Women panellist, 62, who quit Twitter last month after he labelled her a "Covidiot". 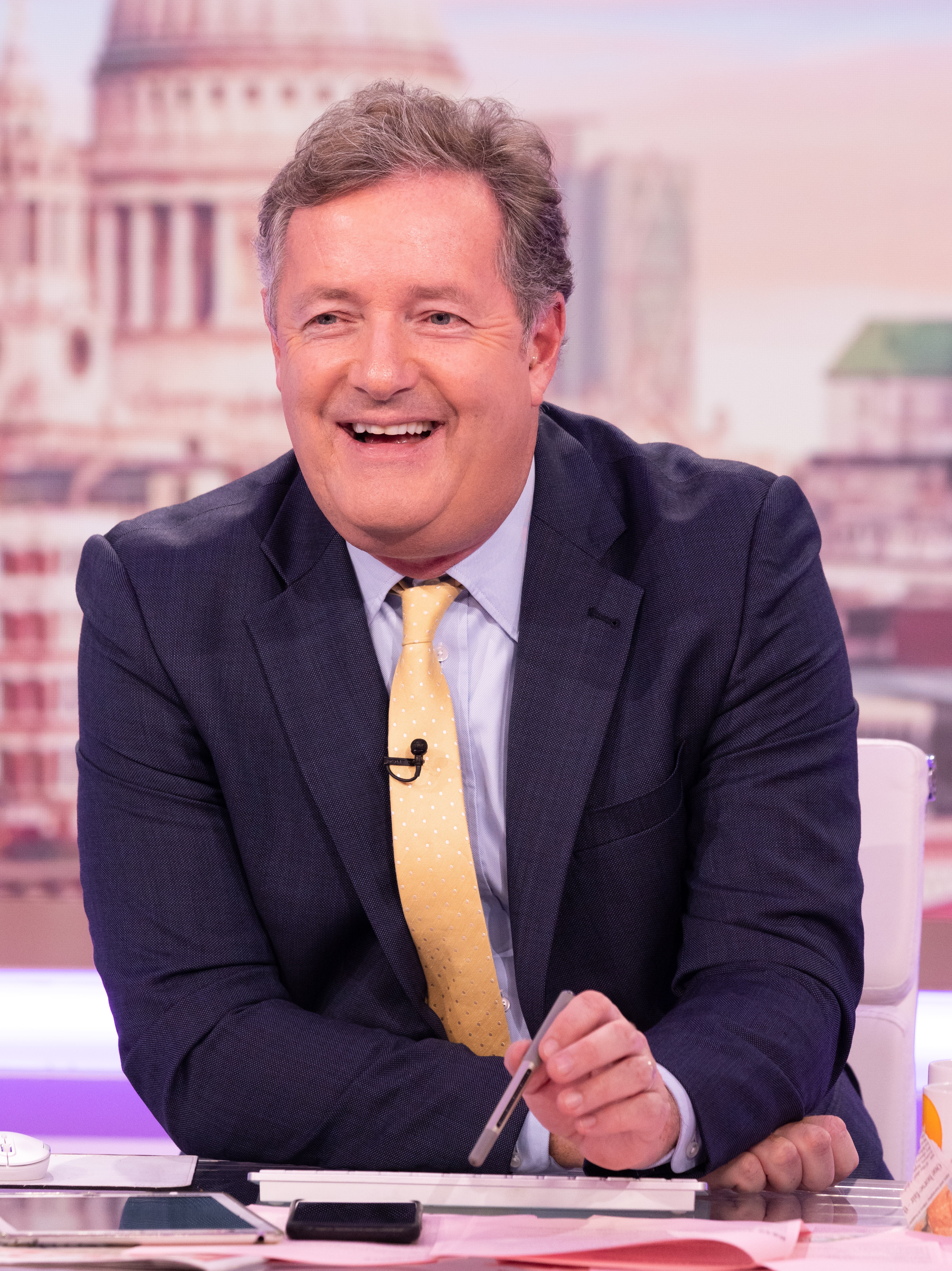 Piers reignited their feud today when he retweeted someone asking, "Where has Denise Welch gone?"

The actress and Piers had been locked in a bitter row over the global pandemic. 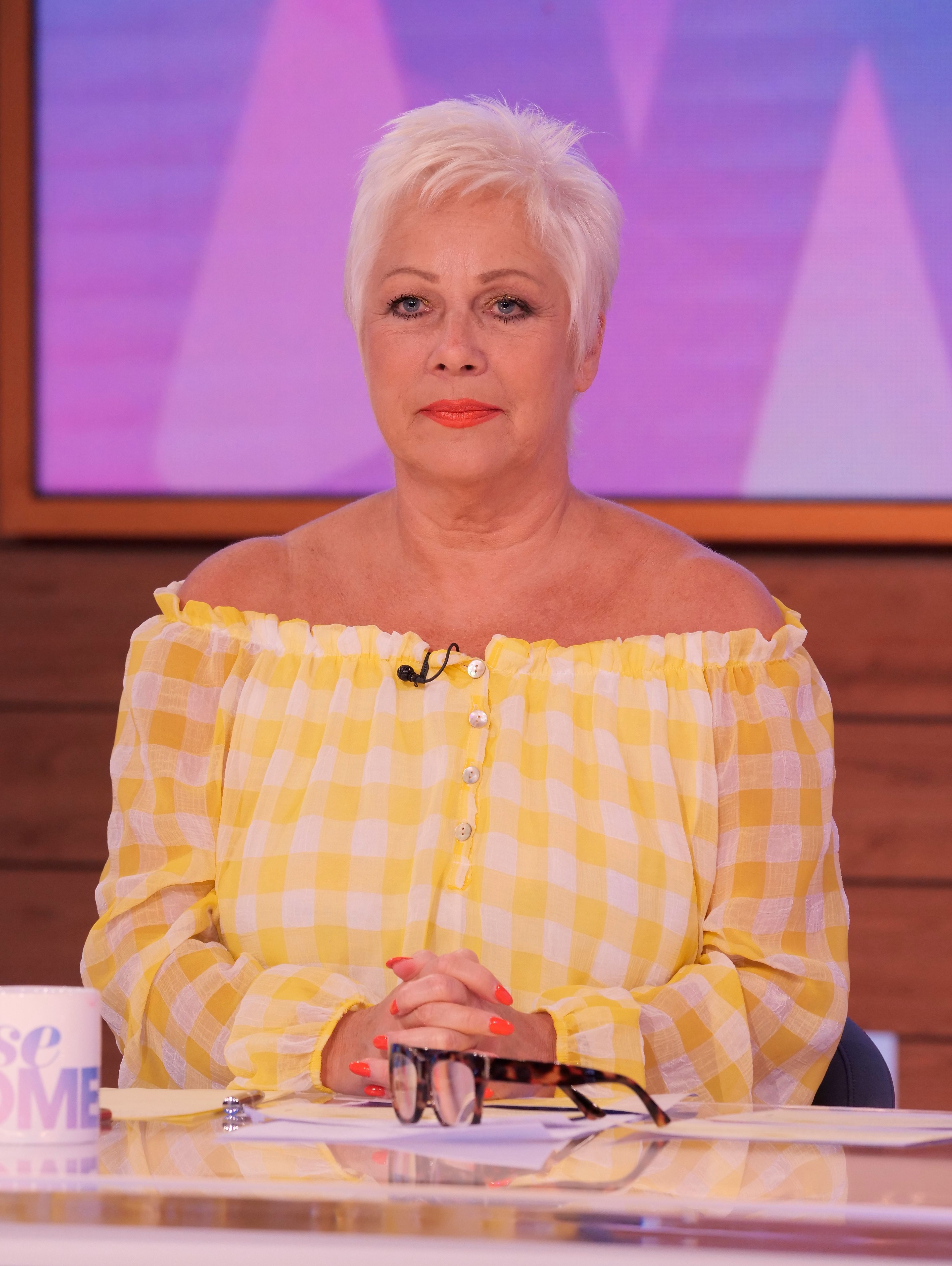 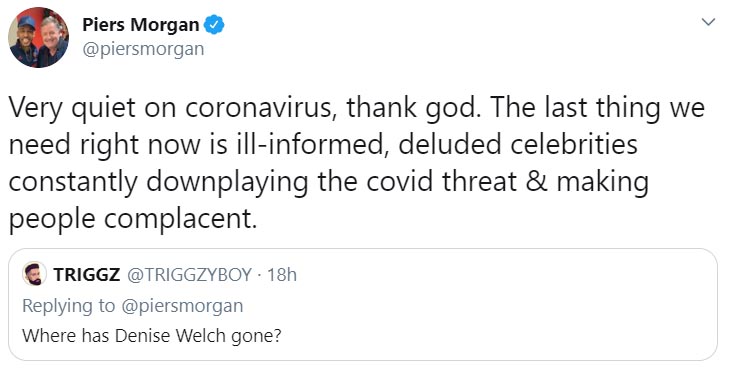 Denise has long hit out at what she sees as "scaremongering" by the media, suggesting the dangers of Covid have been exaggerated.

These views saw her called "dumb, deluded and dangerous" by Piers and her break from Twitter came after her public spat with the GMB host.

The pair were locked in an increasingly bitter war of words ever since she appeared on This Morning in early September suggesting that the coronavirus crisis was being overblown. 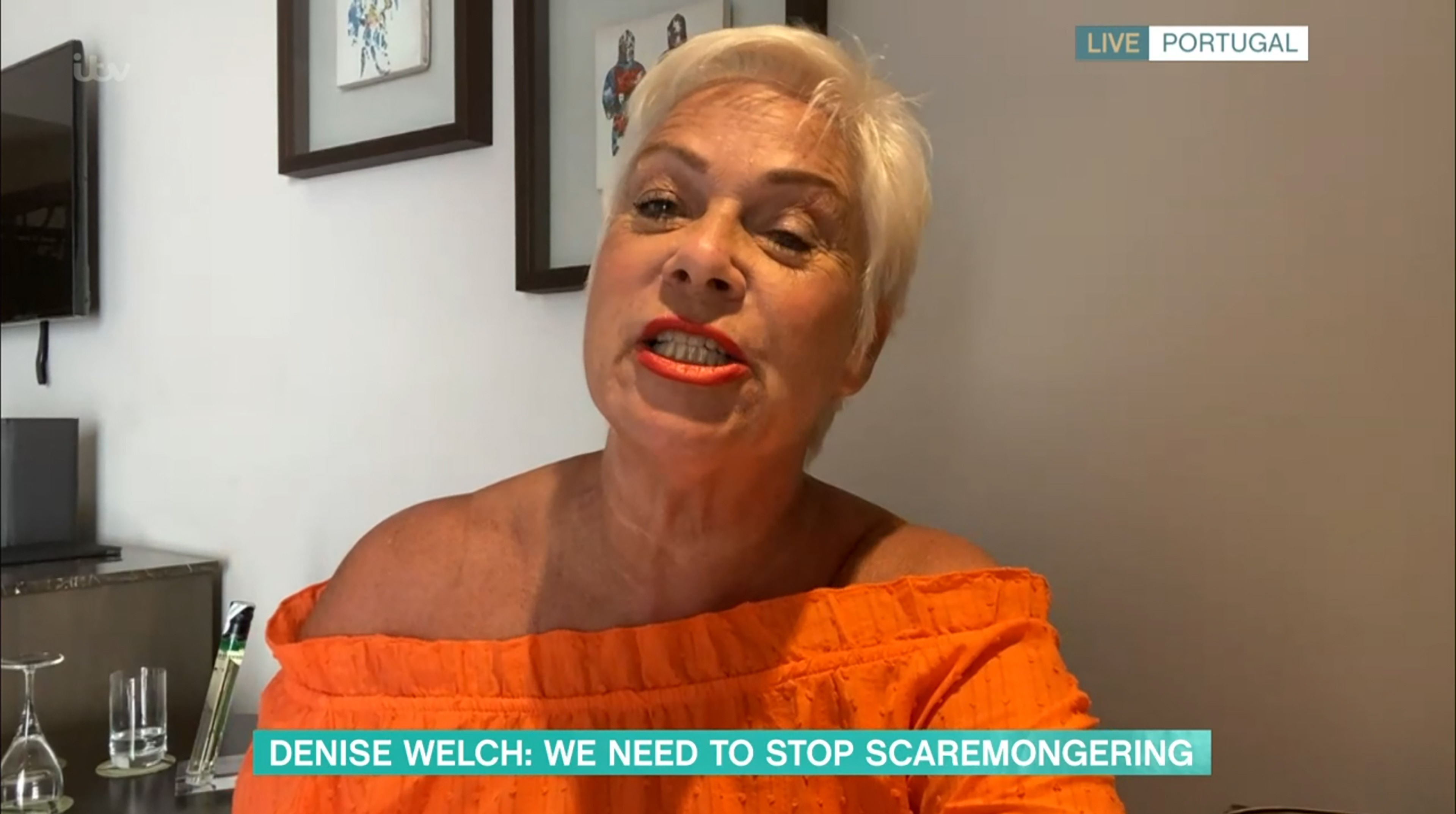 He said she should not have been allowed on the show, tweeting: "Dumb, deluded & dangerous Covid-deniers like Denise Welch need to stop being given airtime.

"Her idiotic, ill-informed ramblings – from a woman who never stops telling us that she suffers from mental illness – will cost lives by persuading people to think the virus isn’t a threat."

She immediately took issue with that, replying: "Please ask Mr Morgan to show me one tweet, one interview where I have denied Covid?

"He doesn’t want to be telling complete and utter lies with such a huge following. Seriously." 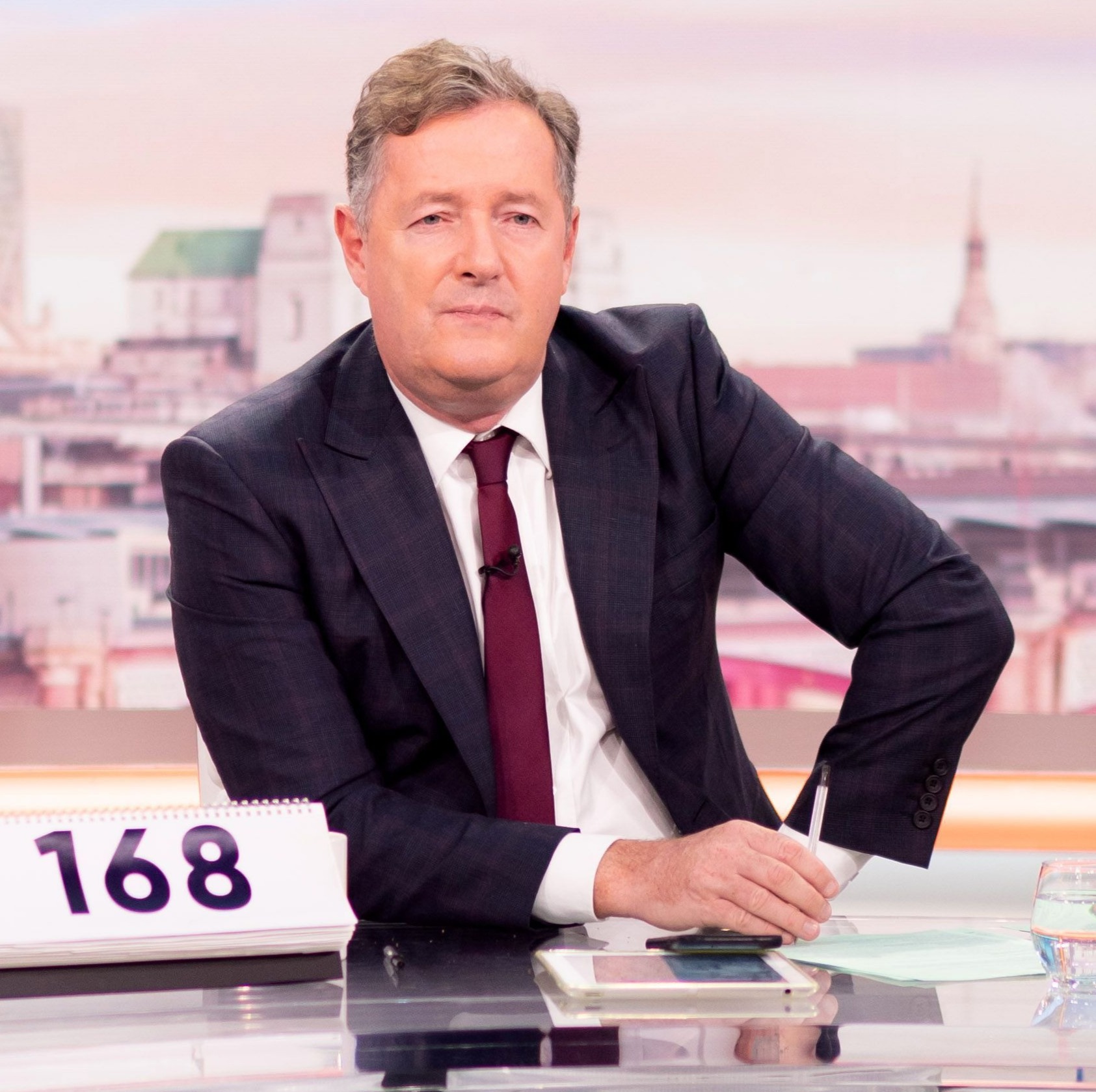 And then he retweeted the Director of the Wellcome Trust Jeremy Farrar and his warning that French intensive care cases linked to Covid were on the rise.

He wrote: "You can either listen to deluded D-list celebrities like Denise Welch about coronavirus, or this guy who is one of the most brilliant medical/scientific minds in the world. I suggest the latter."

But things escalated over September with Denise refusing to back down on her views.

She eventually decided to quit Twitter after Piers called her a "Covidiot".

He wrote to his 7.6m followers: "Memo to all Covidiot deniers & sceptics, and those who only want to hear ‘positive news’ about the pandemic even when the news is concerning: stop following me & follow Professor Denise Welch instead."

Denise decided to take a break from the social media platform but hoped her tweets helped "balance fear" about coronavirus.

She tweeted: “I hope I’ve helped balance the fear the media seems determined to continue.

“Just look at the data, ask questions and look after your loved ones.