The debate surrounding the ‘Rule, Britannia!’ song erupted in November last year when singer Lily Allen called for the anthem to be banned because of its lyrics on slavery and links to the British Empire. Ms Allen took to social media and highlighted the lyrics: “Britons never, never, never shall be slaves. The nations, not so blest as thee, Must in their turn, to tyrants fall, While thou shalt flourish, shalt flourish great and free.” Her calls were backed by former The Apprentice contestant Joanna Jarjue, who went on Good Morning Britain to discuss the song with Piers Morgan and Susanna Reid.

Ms Jarjue said: “The song is written in the middle of the 1700s and that was when Britain was fully partaking in the slave trade.

“So to have lyrics like rule Britannia and Britons will never be slaves while then fully participating in slavery in 2019 I find that completely outdated.”

Piers asked: “So you would ban it too would you?”

Ms Jarjue replied: “Yeah, well banning it completely if people want to kind of sing it in their own private homes.”

Mr Morgan then said: “You’d ban it from the airwaves, we’d never play it in public again?” 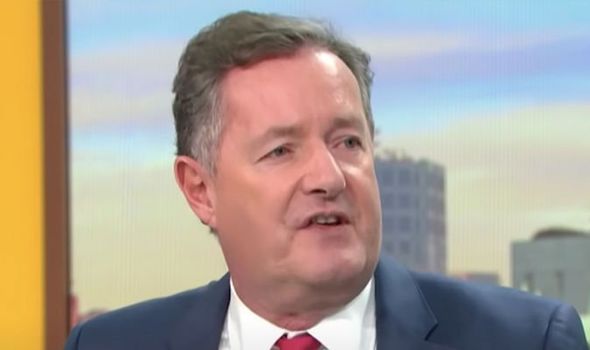 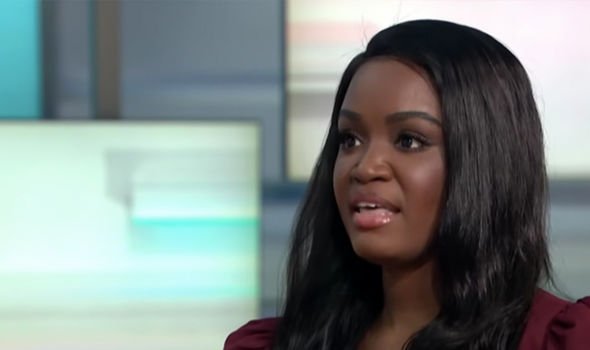 Joanna Jarjue responded: “I don’t think we should be playing it and singing it on things like Remembrance.”

Piers Morgan argued: “One of the greatest patriotic anthems this nation has ever had.”

The former Apprentice candidate asked: “Why is it patriotic though?”

The GMB host replied: “Because it stirs the soul and it reminds us of the fact we’re a great country.”

Ms Jarjue said: “It reminds us of colonial rule. 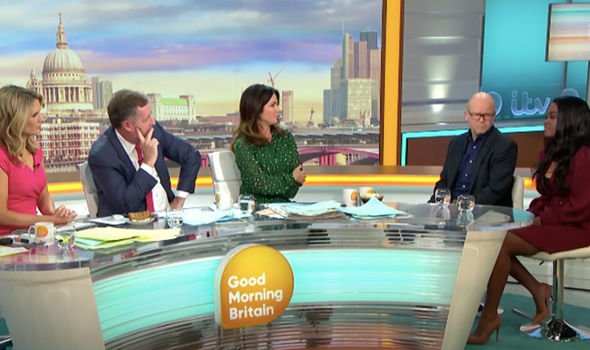 “When I listen to it especially on days like Remembrance Day I think it is a little bit insensitive for the fallen soldiers.”

Piers hit back saying: “What to celebrate them winning the World War?

“For risking and sacrificing their lives for us? It is insensitive?

“You realise the ones that survived the war all sing that song proudly do you?”

Piers said in response: “We did rule we won the World Wars.” 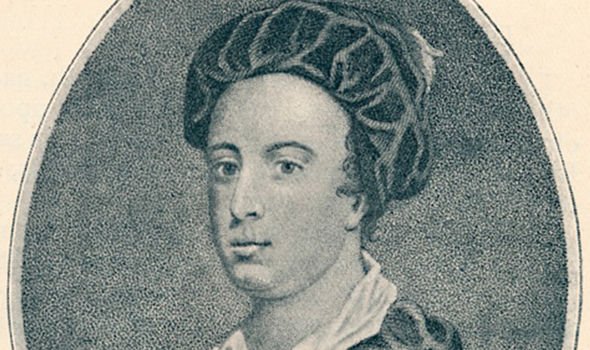 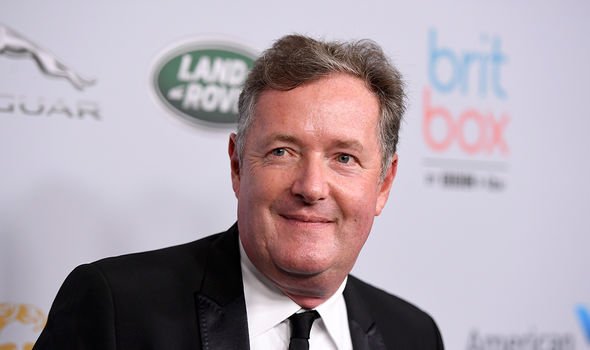 ‘Rule, Britannia!’ was first penned in 1740 by poet James Thomson.

In 2002, the BBC decided to stop the annual rendition of “Rule, Britannia!” at the Last Night of the Proms, with one figure claiming they were looking for a more “inclusive” way to celebrate British culture.

Leonard Slatkin, the American chief conductor of the BBC Symphony Orchestra at the time, said: “We have had a lot of letters saying that it is time to get rid of ‘Rule, Britannia!’, and I must admit I am not completely comfortable with playing it.

“‘Rule, Britannia!’ does seem a little militaristic, and though it’s wonderful to celebrate who you are and have faith in your country, I don’t think we should exclude others.

“The Last Night of the Proms is an important occasion; in Japan they get up at 4am to watch it.

“Anyway, I’m not certain the sentiments of the words resonate in the way some people think they should. It does seem a little outdated.”

However, the song has still featured at Last Night at the Proms shows since.