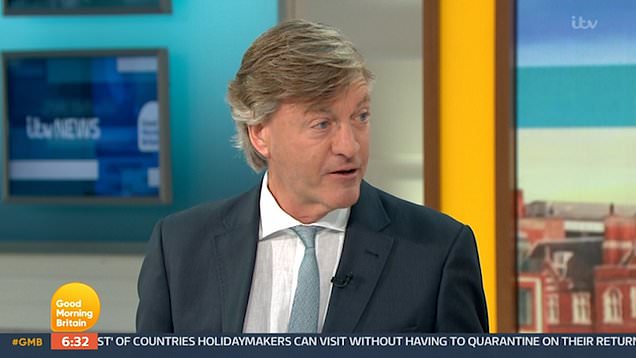 Richard Madeley has revealed Piers Morgan was going on leave from Good Morning Britain for two months before he quit the programme.

Former presenter Piers departed the ITV daytime show in March, just moments before he was due to take a break from the programme and travel to America.

Richard made the claims as he joined co-host Charlotte Hawkins this morning, sharing that he was originally booked in to spend the last two months at the helm until ‘that all went west’.

‘I was due to come back in April and May because Piers was going to America, so I would’ve been sitting alongside you quite a lot then, but all that went west,’ Richard said. ‘So here I am.’

The 65-year-old host didn’t have any issues getting up early for
the episode though after setting three alarms to make sure he didn’t sleep through.

‘When people know you’re doing ‘Good Morning Britain’ they’re
very anxious to know how you make sure you get out of bed on time and
what it’s like getting up so early,’ he continued.

‘Personally, I find the stress is the night before setting the alarms. I get very OCD about it. I set the three alarms, I put the lights out and then I think, “Did I really set that? Did it say on?”‘ 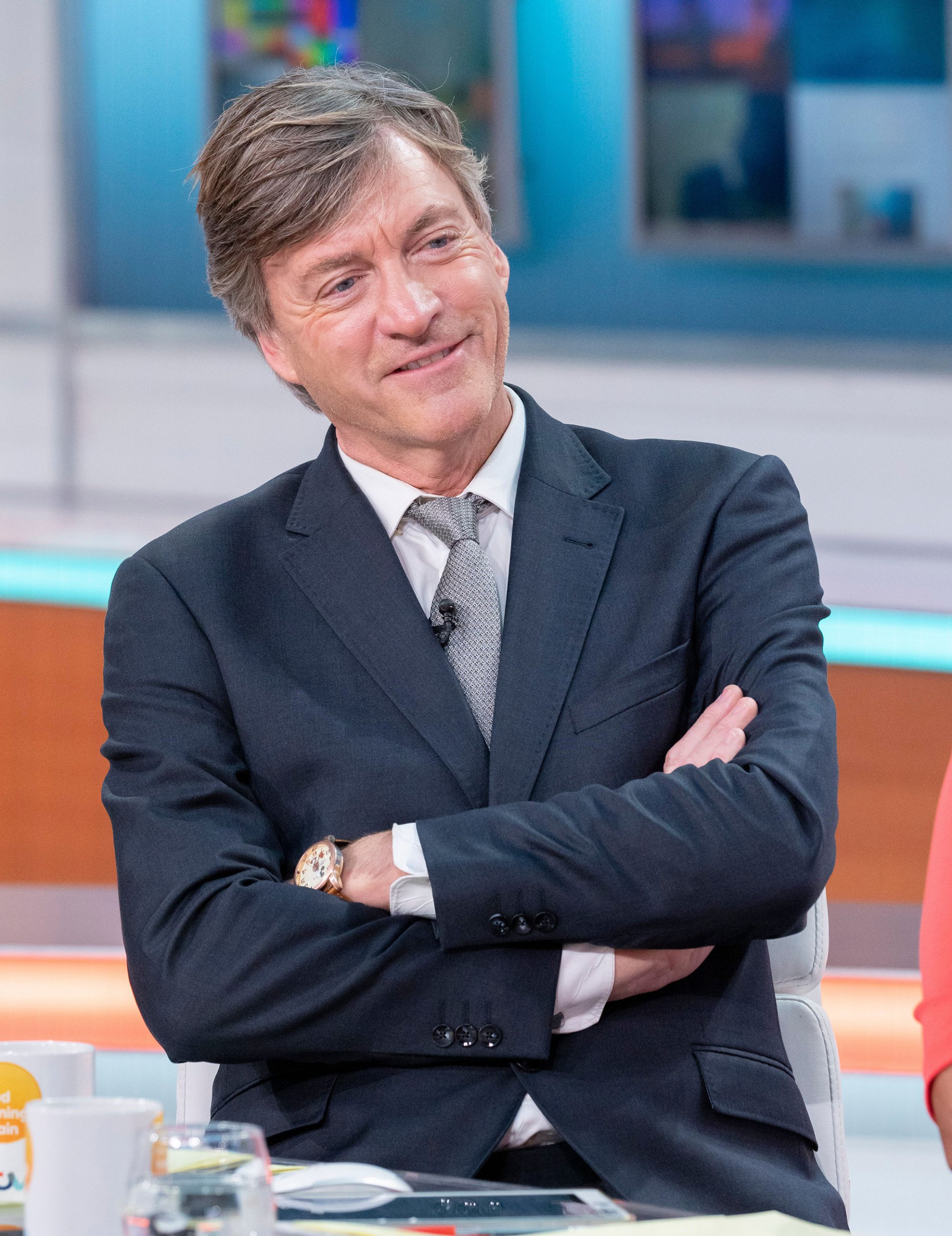 Last month, Richard said he is ‘open’ to replacing Piers on the programme and that he believes he suits it.

‘Whether I’m going to be asked to take over, I have no idea. I have had
no approach at any level formally or informally,’ he told The Sun.

Piers stepped down from his co-hosting role on Good Morning Britain in March, following controversial comments he made about Meghan Markle after her tell-all interview with Oprah Winfrey.

ITV confirmed at the time: ‘Following discussions with ITV, Piers Morgan
has decided now is the time to leave Good Morning Britain. ITV has
accepted this decision and has nothing further to add.’

Piers later claimed ITV had asked him to apologise for his comments
about Meghan, but he refused and later quit the show.

‘ITV executives suggested to me that I should now issue an apology to calm things down,’ he said. ‘But I don’t believe Meghan, so why would I apologise?

‘As I mused over this conundrum, GMB’s ratings for yesterday came in and were the highest in our history, breaking a new record we set only last week. The show’s on fire, in every sense. But the flames are now raging uncontrollably towards me.’