The Crown Season 4 has arrived and—no disrespect to the Queen—but my interests are exclusively focused on Prince Charles and Princess Diana. And also my weird attraction to Prince Philip, but that’s a story for my therapist. Even people with only a marginal interest in the royals have some knowledge of Charles and Diana’s “love story,” and The Crown digs into just how incompatible they were, how little they understood each other, and how toxic their relationship was. But here’s the thing: The Crown is fiction. And while Princess Diana and Prince Charles’ relationship on the show is pretty close to real life, it turns out there’s even more to the story. Here’s an IRL timeline of the events you’ve seen in The Crown Season 4.

Diana and Charles meet for the first time at the Spencer family home while Charles is fully dating Diana’s older sister Lady Sarah. According to Diana, they “sort of met in a plowed field” during a shoot, so it didn’t exactly go down like it does on The Crown (in which they meet inside, while Diana is in costume).

During his engagement interview, Charles recalled meeting Di for the first time and thinking how “very jolly” she was, but again, he was dating Sarah at the time. Like, there are pics and everything: 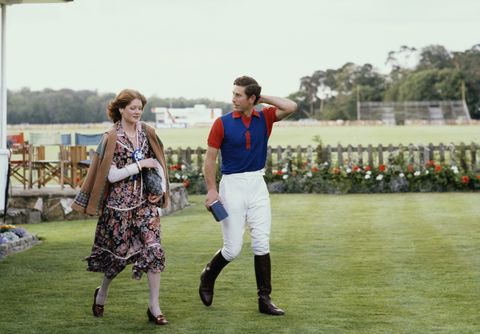 Diana and Charles have their first romantic encounter at mutual friend Philip de Pass’s home. She actually talked about it at length during a taped conversation used in the documentary Diana: In Her Own Words, saying, “He’d just broken up with his girlfriend and his friend Mountbatten had just been killed. I said it would be nice to see him. We were talking about Mountbatten and his girlfriend and I said, ‘You must be so lonely.’ I said, ‘It’s pathetic watching you walking up the aisle at St. Paul’s with Mountbatten’s coffin in front, ghastly, you need someone beside you.’ Whereupon he leapt upon me and started kissing me and I thought, urgh, this is not what people do. And he was all over me for the rest of the evening, following me around everywhere like a puppy.”

Apparently, they hit it off, and Charles even invites her aboard the royal yacht Britannia for a sailing weekend. FYI, here’s what young Prince Charles looked like sailing if you’re in the mood to feel questionably aroused: 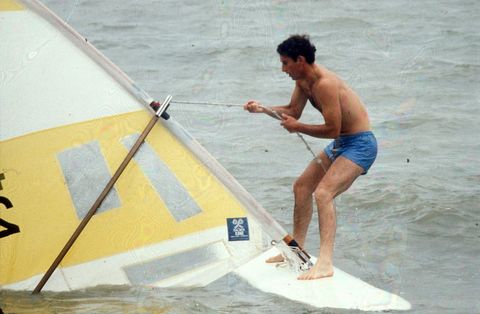 Diana visits Prince Charles and the entire royal family during a trip to Balmoral (his family’s holiday home in Scotland), which we see play out in The Crown. After the trip, Diana tells reporters outside her London apartment, “I’ve had a lovely weekend.” Obviously, at this point there was a ton of media interest in Diana, and she basically couldn’t go anywhere without being photographed: 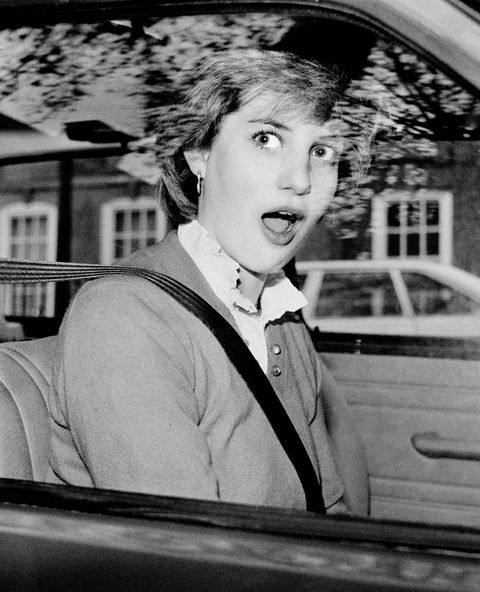 Prince Charles pops the question to Diana, and tells reporters he did so before a trip to give her a chance to think about it:

^FYI, Diana is only 19 in this interview!

Amazingly, Charles and Diana only met a handful of times before their engagement which explains…a lot. Diana herself confirmed this in footage from Diana: In Her Own Words, saying, “We met 13 times and we got married.”

Buckingham Palace announces news of Charles and Diana’s engagement, and shortly after she moves into Clarence House (where the Queen Mother lived). The Crown painted this as an exceedingly isolated period for Diana, during which Charles traveled a bunch and ignored her calls. In Diana: In Her Own Words, she said, “He wasn’t consistent with his courting abilities. He’d ring me every day for a week, then wouldn’t speak to me for three weeks. Very odd.”

Charles himself even admitted to his busy schedule in this interview before their wedding:

Charles and Diana get married in a massive blow-out wedding and she refuses to say she’d “obey” him in their vows. Sadly, we don’t see said vows on The Crown, but fear not, cameras were there:

Charles and Diana go on honeymoon in Balmoral. Uh. Romantic! 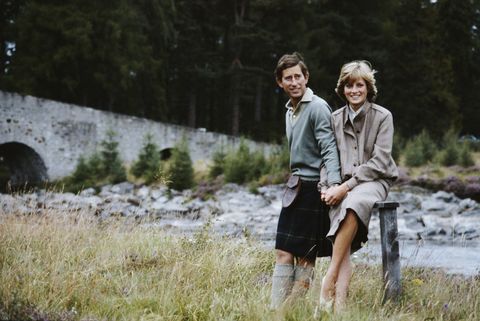 Diana and Prince Charles take their new baby son Prince William (then around 9 months) on tour to Australia—just like we see in The Crown. The show depicts this as a time when the couple were able to heal some of their differences, and I mean…they did have some happy-seeming IRL moments: 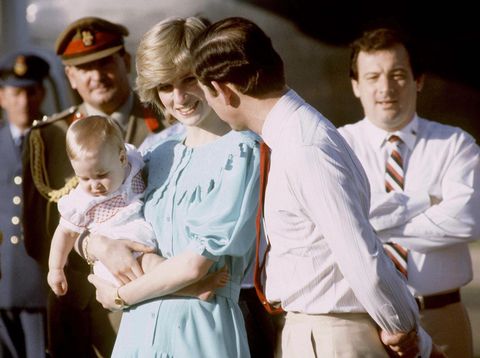 In fact, there’s footage of that romantic dance:

Buttttttt there’s also footage of Diana’s despondent climb up the mountain, which The Crown depicts being a huge source of frustration for Charles:

Diana surprises Charles with a performance of “Uptown Girl” during a private Christmas gala for supporters of the Royal Ballet, and—as The Crown makes abundantly clear—he’s not here for it. According to royal expert Richard Kay, via The Sun, “It was a present which slightly backfired. She did it as a tribute to Charles. Charles wasn’t terribly impressed. He thought she was showing off. In fact, it was incredibly courageous of her to go on stage at the home of English ballet at Covent Garden and to do a routine with the great Wayne Sleep.”

It was after this that the couple’s relationship began to break down more seriously—both on The Crown and in real life. Diana and Charles were unfaithful to each other, Charles’ close bond with Camilla continued to be a problem, and yep, the royal family was fully involved—both the Queen and Prince Philip encouraged the couple to resolve their issues. But as we know, Diana and Charles ultimately separated and divorced in 1996—about a year before Diana’s tragic death in a car accident.

The breakdown of their marriage will doubtless be included in The Crown’s upcoming installment, and we’ll be updating this timeline once it drops!