Speaking to The One Show presenters Alex Jones and Ronan Keating, Ant and Dec were explaining how they have launched a new initiative to get young people into media careers. Alex showed the two popular presenters a surprising clip of the Prince of Wales commenting on their project.

“We’re launching a charity initiative to get young people into this amazing industry,” Ant explained. “Which is the media industry.

“So, we launched that today and it’s in conjunction with the Prince’s Trust. It’s not just in front of camera it’s behind the camera as well – sound, lighting cameramen.

“If you want to work in this amazing industry that’s been brilliant to over the years then you can get involved and hopefully join us.” 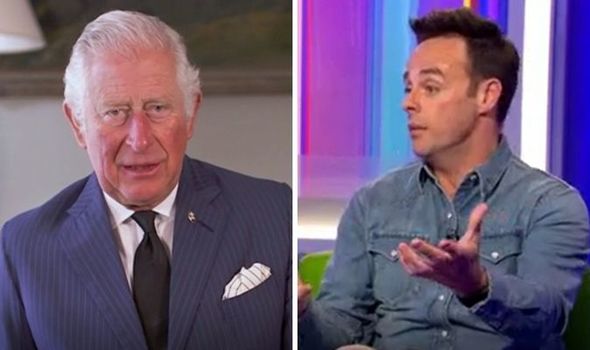 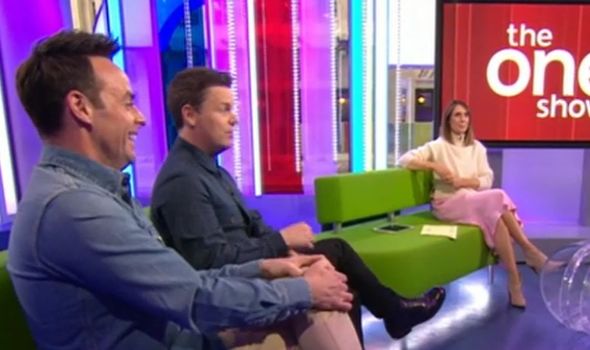 “And we’re very, very grateful for it, but we were two quite normal, unremarkable kids from the west end of Newcastle and we were given an opportunity and we grabbed it with both hands.”

He added that the pair felt it was time to give others an opportunity to pay it back.

They watched a video recording of the Prince, who made a jokey quip about the two “following them around” for years. 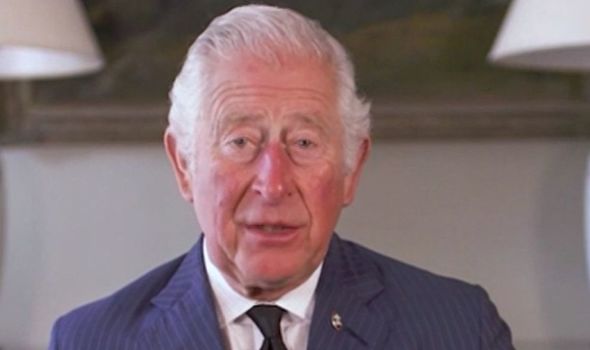 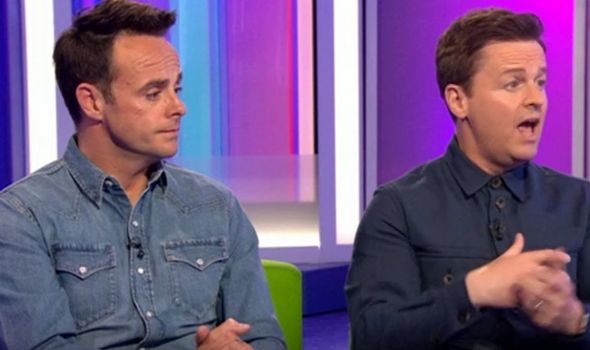 The Royal said: “I can think of no better duo to help drive this activity than Ant and Dec, who have enjoyed an illustrious career in the media for over 30 years.

“And they’ve also played an incredibly generous part in our annual Prince’s Trust awards event in London. So thank you, Ant and Dec, more than I can ever say, for all your wonderful efforts on behalf of the young people who will be supported by this project.”

“How cool is that?” Ant remarked and Ronan said: “It’s the eyebrow raise when he said ‘They followed me around.'”

“He had a little kind of twitch there,” Dec said. “That was PTSD, that was,” he joked.

Ant went on: “But honestly though, to be involved in this with him – we’ve met him on several occasions, we’ve been ambassadors for the trust for over 15 years now.

“So we know how hard he works, how hard the trust works for young people and to launch this today, it’s an honour for us.

“So thank you to him, as well.” Ronan commented: “You two are insanely successful, 13 BAFTAs, 41 National Television Awards, but how important is it to have someone to support you and help you along the way?”

“Massively,” Ant replied. “Yes, it’s so important,” added Dec. “Just people being there to help and to guide you, people who’ve had experience, who’ve been in the industry.”

Fans of the pair were glad to see them on the BBC chat show, with some taking to Twitter to comment on their appearance.

One said: “Loving @antanddec on @BBCTheOneShow tonight, their Prince’s Trust project is a great initiative and I love that they’re wanting to give back and give people the opportunity they had! They’re certainly going to change a number of lives, a massive well done to them both #TheOneShow.”

“Loving @antanddec on @BBCTheOneShow! You can see they’re so proud of their Prince’s Trust project, it’s a brilliant initiative from them both and incredible that they’re wanting to give back, they’re certainly going to change peoples lives with this project #TheOneShow,” echoed another viewer.

The One Show airs weekdays at 7pm on BBC One.