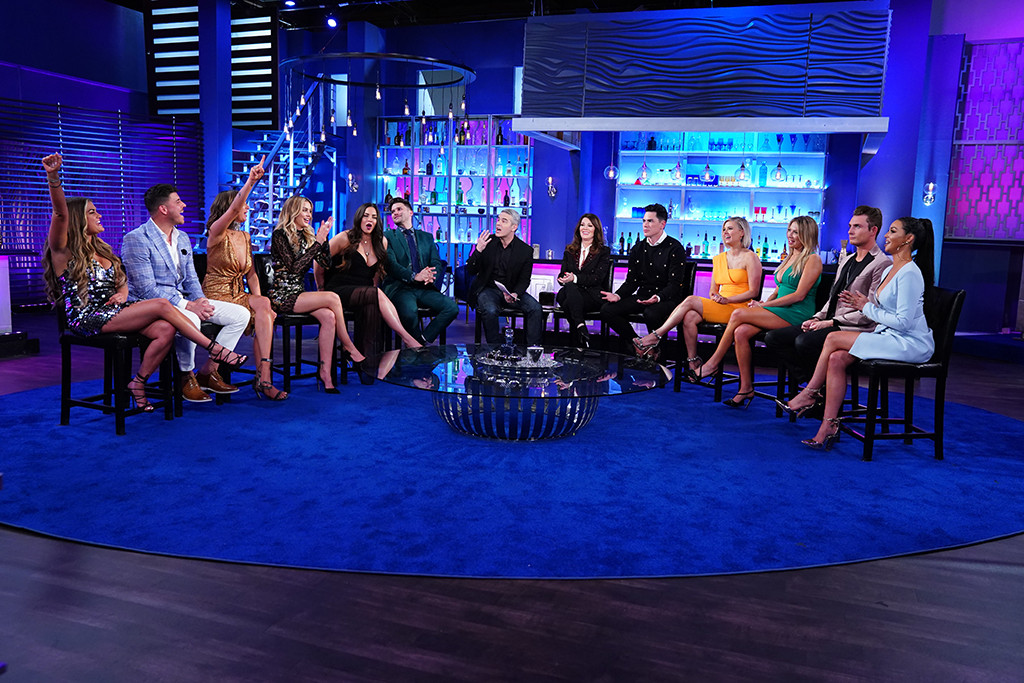 Did you think Vanderpump Rules used up all the drama during the main season? Think again, because the exclusive first look at the Pump Rules season seven reunion is here and the drama is at an all-time high.

“This is going too far,” Lisa Vanderpump shouts in the trailer for the three-part reunion.

In the exclusive sneak peek below, Jax Taylor and Brittany Cartwright have words (well, screams) with Tom Sandoval, Stassi Schroeder chugs white wine, James Kennedy is in tears and host Andy Cohen must run interference between Jax and James—they almost come to blows!

“You want to talk about my dad?” Jax asks James. “You and your stupid f—king girlfriend are useless!”

In the first part, the gang tackle Brittany’s engagement, the rap that ended James’ friendship with Jax and the first year of Tom Tom. Meanwhile, Raquel Leviss answers questions about her boyfriend’s alleged infidelity and Jax and James go head-to-head over Twitter allegations. There’s also a heated confrontation between Scheana and Lala.

The second part includes Lala and James arguing over the end of their friendship, Katie defending her Ultimatum to LVP and Ariana and Lala reveal details of their hook-up. Billie Lee joins the cast to talk about the “Girls Night In” drama, feud with Lala and her secret encounter with another cast member.

The drama continues in part three with Stassi and Katie arguing with Kristen, Jax answering questions about his behavior with Brittany’s family and LVP issues a warning to James.

(E! and Bravo are both part of the NBCUniversal family.)