Never underestimate the ingenuity of a Hollywood studio out to extracting full value from a proven superhero franchise – especially when the lucrative Chinese market is involved. 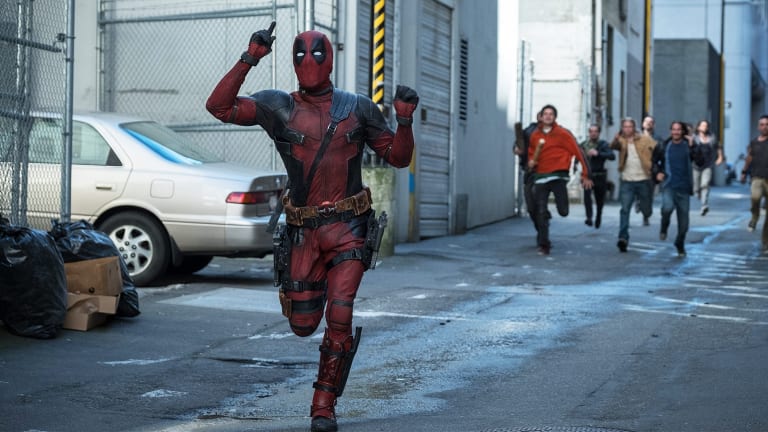 Perhaps the unlikeliest success story to emerge from the partnership between Marvel and 20th Century Fox is that of Ryan Reynolds’ performance as the masked avenger, Deadpool.

So for the Christmas holidays we have Once Upon a Deadpool, the expletive-lite version of Deadpool 2, which is giving every dollar of its ticket sales to cancer research. The swearing and the excess gore have been trimmed in favour of 20 minutes of new footage, including a framing sequence setting up the main action as a bedtime story. In a shameless but canny parody of Rob Reiner's 1987 hit, The Princess Bride, the first scene features the Bride's juvenile star, Fred Savage, now 42, as captive audience. He's forced to listen as Deadpool reads the film's shambolic narrative aloud. And from time to time, he cuts in with disparaging observations, some of them aimed at the gimmickry behind the film and its marketing.

In short, the franchise is out to keep its old fans at least mildly amused by preserving its reputation for mocking itself, while doing its utmost to attract a new audience. This balancing act is doubly important, given that Fox's recent deal with Disney means Deadpool is about to be welcomed into family entertainment's ancestral home.

In the disingenuous words of Deadpool himself, the re-jig gives us the same story "filtered through the prism of childhood innocence". In reality, there's been an artful re-arrangement, with most of the changes occurring in the early stages, and perhaps there's some softening of approach but that may be illusory. The action sequences cause just as much collateral damage as before and the series' basic cynicism remains intact, along with Deadpool's motormouth delivery and his taste for taking the audience into his confidence with his comments on the quality of the script. He's still greeting the explosive arrival of Josh Brolin's glowering cybernetic soldier, Cable, by asking him if he's sure he's not from the DC Universe.

Devoted fans will probably find fun in a frame-by-frame analysis but the film just confirms the impression that the franchise is already looking overworked.

When he first appeared, Deadpool was funny because he had the element of surprise on his side. There's none of that left anymore. But freshness is not the point here. The film has become a test case. If this expurgated version does open up new markets, the two-version ploy could become a habit.