REAL Housewives of New Jersey Teresa Giudice held back the tears on last night's episode after Joe told her 'no one would want you'.

The Bravo star, 47, was in the Hamptons with her fellow RNONJ castmates when she received a taunting call from her now estranged husband, who she split from after the episodes had been filmed. 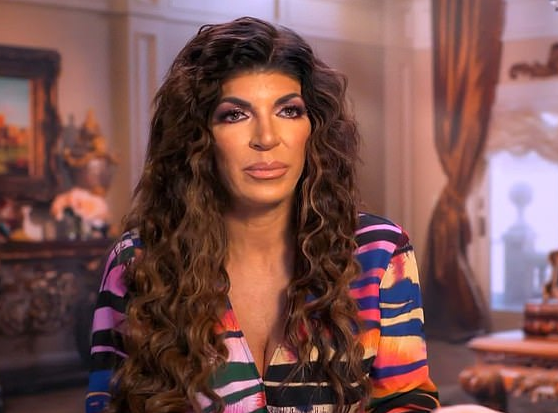 Speaking to her pals pver dinner, she admitted: "He says the craziest things to me.

"Like, 'Imagine we get divorced. Who would want you? You've got a lot of baggage'. Like, I have four kids."

Teresa's pals were shocked at the 47-year-old's remarks but the reality star meekly admitted that he was "kind of right" and that she "kind of does believe it". 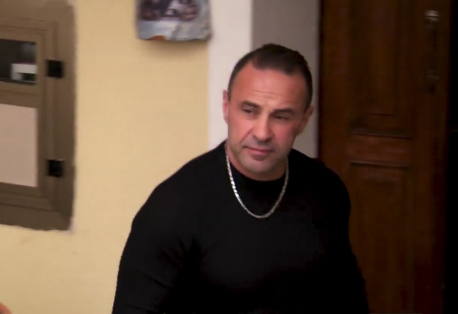 While Dolores Catania, 49, also showed her support and claimed Joe didn't "mean" what he said.

Yet, the TV star admitted that her interaction with Joe had been tough and nearly brought her to tears.

She shared: "I was about to cry, but you guys are making me laugh. I don't want to cry anymore." 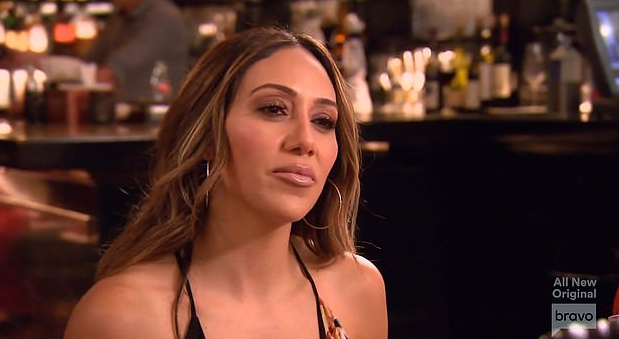 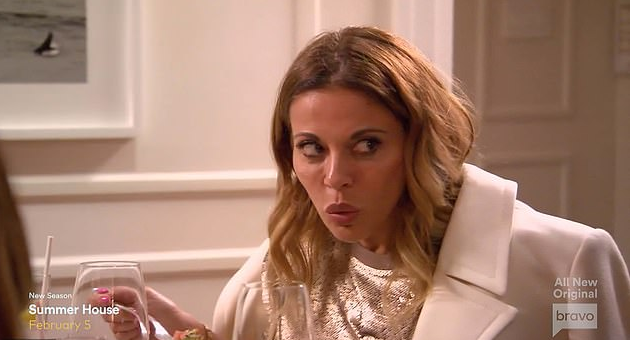 The interaction comes after Joe had called Teresa earlier in the day and insisted to speak with Dolores on speakerphone.

During their call, Joe bizarrely asked Dolores to find Teresa a doctor to date.

He said: "My wife is always complaining about me. So I was like, 'You know what, Dolores found a doctor.'

"I go, 'Why don't you ask Dolores' boyfriend to find my wife maybe a doctor and then me and her can have a relationship like you and [your ex-husband]?' 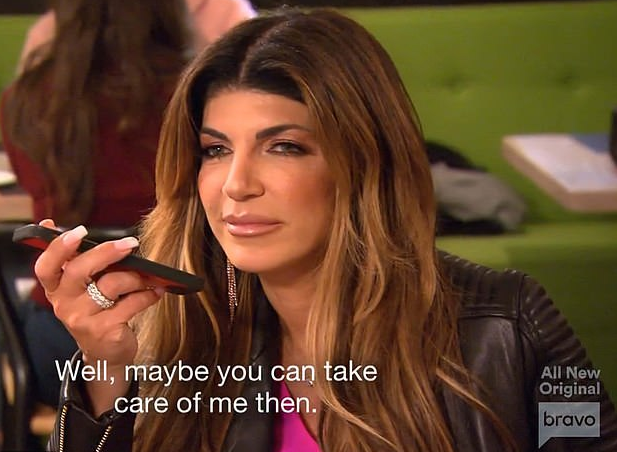 "I think that'll work out good!. I'm just trying to make you happy."

Teresa fired back: "Oh you're trying to make me happy! So even if I marry a doctor you're still gonna take care of me?"

To which Joe, who had called while being held at an ICE detention center, replied:"Maybe you can take care of me then?"

Following the exchange, the star was asked if she would still be with Joe if they didn't have any children – and admitted that she would be gone. 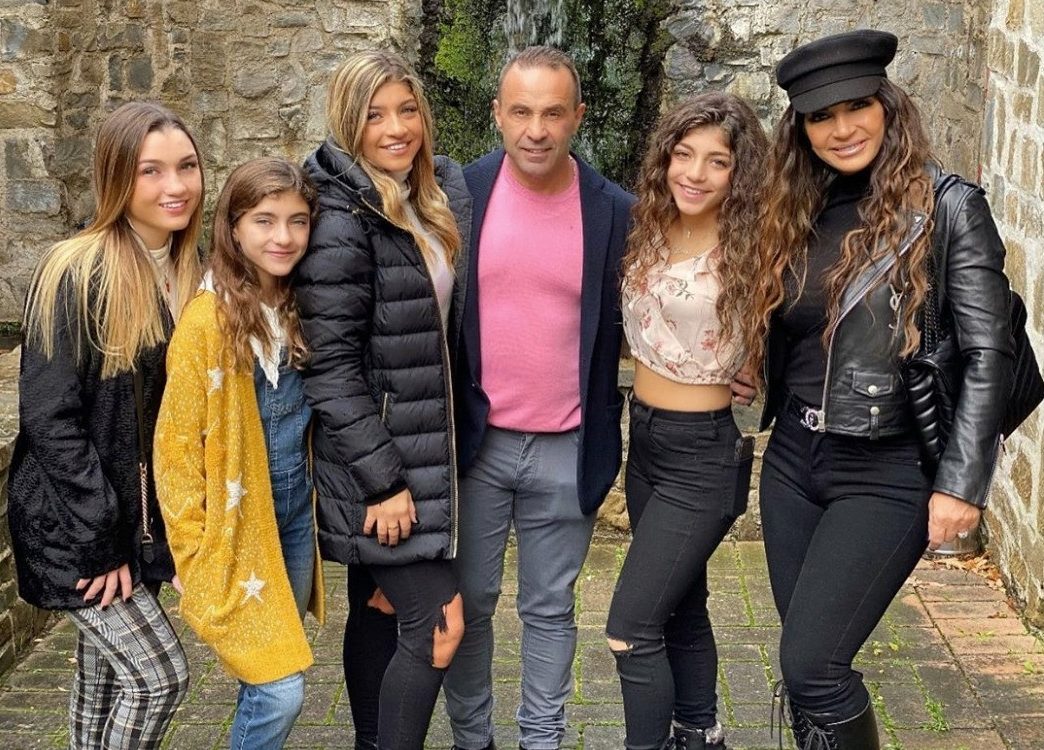 Teresa said she and the imprisoned father-of-four kept going "back and forth," although he vowed that he would always take care of her.

However, Dolores noted that Teresa, who was a former buyer at Macy's, had been taking care of him the past few years.

She pointed out: "I made a lot of money. And I signed a prenup totally fine. Like, I don't want your s***!"

When the scene was shot Joe, who is not an American citizen, was in an ICE detention facility following a more than three-year federal prison sentence for fraud. 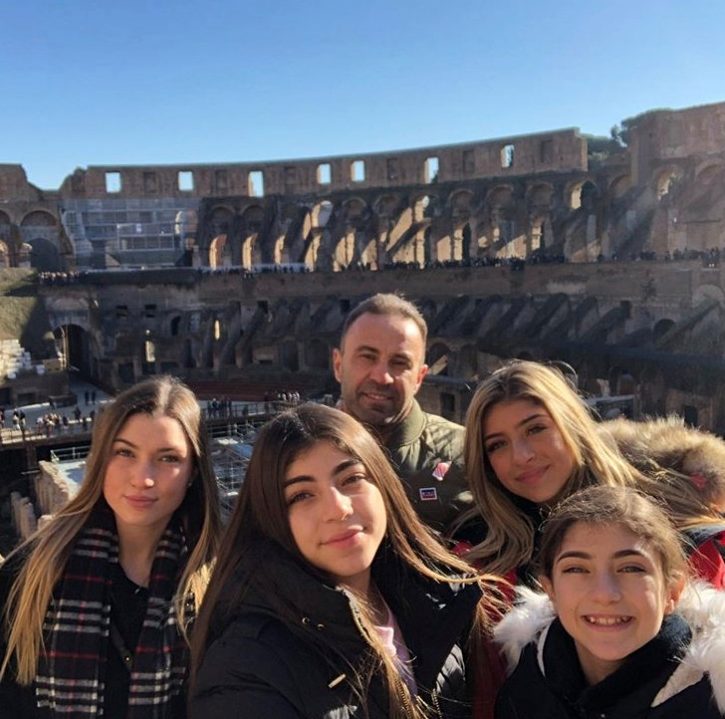 Since filming the episode, Joe and Teresa officially separated following 20 years of marriage.

However, they have apparently yet to file for divorce.

Joe is now awaiting the outcome of his latest federal deportation appeal in his native country of Italy.