Richard, 65, has been a regular face on Good Morning Britain for the past four years as he was added to the books as an interim presenter. The former This Morning star has sat next to the likes of Susanna Reid, 50, Charlotte Hawkins, 46, and Ranvir Singh, 43, to oversee proceedings on the programme. However, with Piers Morgan, 56, having quit his role back in March, there is still a space to be filled and Richard has addressed whether he will be the person to replace him on the ITV show.

After hosting Good Morning Britain earlier in the day, the television presenting stalwart sat down with Lorraine Kelly, 61, to talk about his future as host.

Richard explained: “I used to sit in for Piers when he was on leave and I started about 2017. So, about four years ago.

“Because of Covid and Piers was meant to go to America last year before the pandemic, I was meant to be filling in quite a lot last year.

“All that went West and he didn’t go anywhere, so those opportunities were shut down,” he told the chat show star.

Speaking about how things are looking with his position now, he added: “But now things are loosening up and they’re opening up the studio to more people, I’ve been invited back and I love it.” 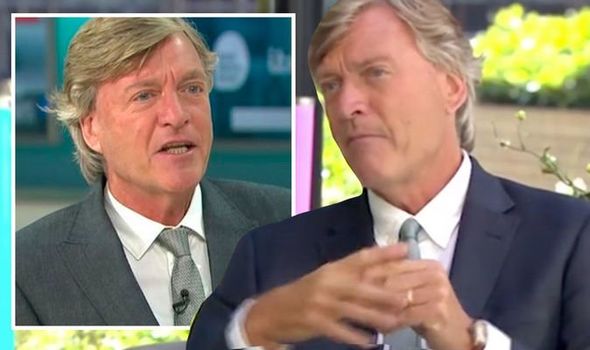 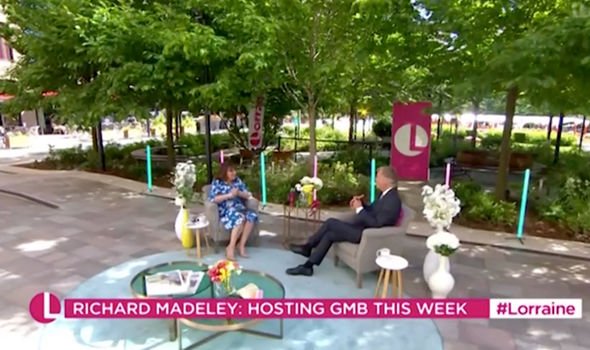 “It’s a lovely team. It’s a really good team and I get on really well with the other presenters and to me, it’s a tonic,” Richard said.

Lorraine probed about whether he was going to replace Piers, asking the television presenter: “So maybe forever?”

“That’s not on the agenda and I’m just doing what I did before which is filling in,” the former This Morning star clarified.

It has been reported that for the next few months, there will be no permeant presenter taking the vacant spot. 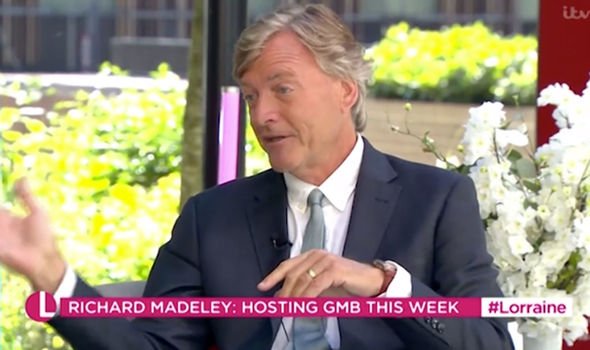 That’s not on the agenda

Richard is just one of a host of faces who will be sitting in the hot seat alongside Susanna, who will be the only permanent fixture.

Ben Shephard, 46, and Adil Ray, 47, are just a few of the other regular interim staff who are going to be hosting the show.

Piers has offered no indication on who he would like to replace him after dramatically quitting his role in March. 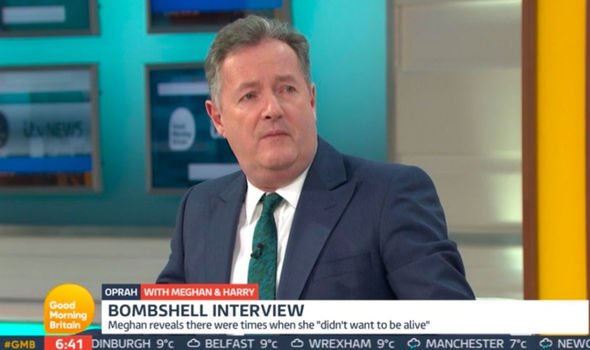 The presenter had been a host for five years but called it a day following the fallout from Meghan Markle, 39, and Prince Harry’s, 36, interview with Oprah Winfrey, 67.

As well as having debates with guests, Piers walked off the show when he had a dispute with weather presenter, Alex Beresford, 40.

Speaking of his decision to leave the role, the outspoken journalist said: “ITV executives suggested to me that I should now issue an apology to calm things down. But I don’t believe Meghan, so why would I apologise?

“To compound my growing twitchiness, I got a text from my old foe Jeremy Clarkson that read: ‘I am completely on your side.'”

Piers continued in a column for the Daily Mail: “Kevin Lygo, ITV’s Director of Television, rang to say we were now ‘on the cliff edge’ and either I apologised, or I would have to leave GMB.”

Many celebrities took to their social media platforms to address the broadcaster’s exit from the show.

Gary Lineker, 60, wrote on Twitter: “Whether it’s a football manager, a television presenter or any profession for that matter, it’s always sad when someone loses their job.

“@piersmorgan is excellent at what he does and I’m sure he’ll be back on the telly soon,” the football presenter concluded.