So far there has been no word on when Adult Swim will air the second half of the fourth season. All fans know is the adventures of Rick and Morty (both played by Justin Roiland) will carry on at some point later in 2020.

Rick and Morty has already twisted the heads of devoted fans with a complete upending of the heist genre, a perverted dragon escape and a time travelling romp to a planet overrun by fascist snakes.

The series is just as irreverent and darkly surreal as ever, but season four has taken an uncharacteristic hiatus between episodes.

Initially airing in November 2019 and continuing its slate of five episodes into December, February has rolled around with no sign of the confirmed five additional instalments.

This current hiatus marks the longest gap in an ongoing season of Rick and Morty so far, although fans are used to extended waits. 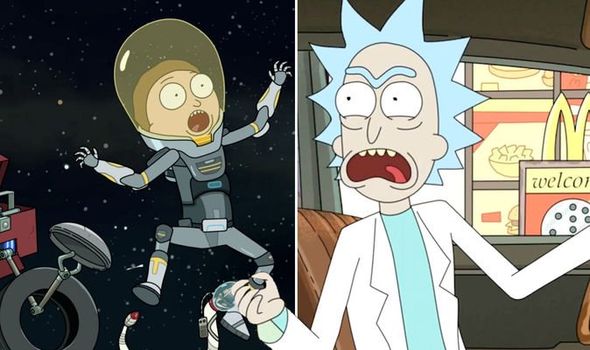 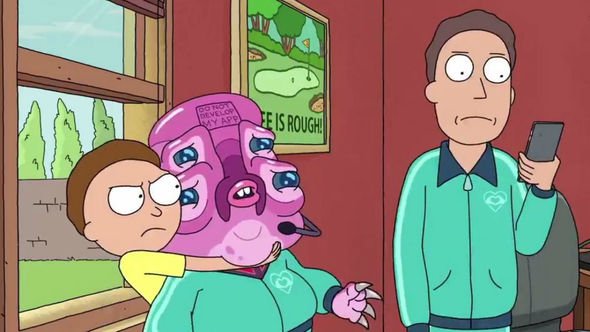 Before the fourth season began, viewers had already been waiting for just over two years after the finale of season three dropped in October 2017.

Animation director Nathan Litz provided some insight into the complex process that goes into designing and creating each individual episode.

He revealed: “You see all the great action go by and it looks fantastic. But you look at it and you think, ‘That took four weeks to do, and it played out in one minute.’”

Green Portal Productions took over animation for the current season, and the frame-by-frame traditional 2D style is a painstaking process. 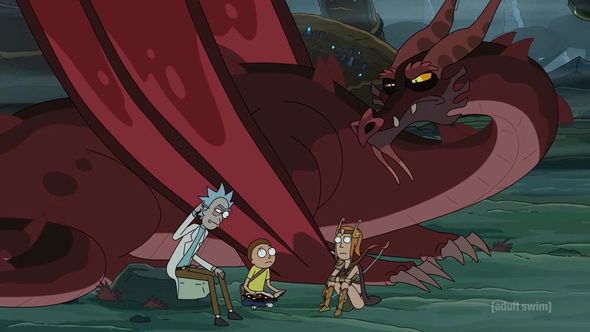 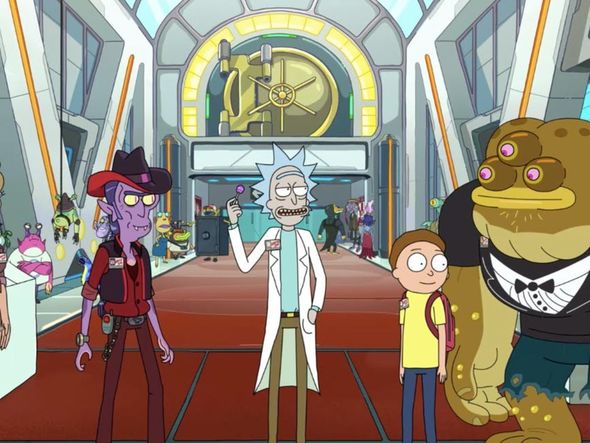 However, the backdrops and action of the series are frequently high-octane, expressive and abstract, taking many months to get the events to flow smoothly.

Nathan continued: “If you work on a fire-rescue show, you’ve got fire and water and smoke to deal with. On Rick and Morty, you’ve got fire, water, smoke, lasers, ship trails, explosions, everything you can possibly think of.”

Finally, he added: “The overall scope of things is what makes it the challenge that it is.”

Far from animated sitcoms like The Simpsons or Family Guy, in which much of the action takes place in established and simple locations, Rick and Morty’s scope is practically infinite.

An individual episode could see the mad genius and his neurotic grandson/sidekick hop around several different planets and dimensions.

Nathan also confirmed that the scale of the new season is bigger than it has ever been before.

He said: “On Rick and Morty it’s about making it the biggest spectacle that it can be — which takes an awful lot of work to bring to life.”

He also added: “ On the one hand that’s fun to do. But it can be a real struggle to maintain the level of quality while still trying to get these episodes done on time.”

Even though fans may still have a long wait ahead of them, Nathan’s comments indicate that Adult Swim could be about to drop the most ambitious episodes of the acclaimed show so far.

Animation is a tough process, but it’s all worth it when fans and creators alike are able to sit down and witness the final project unfold.