Riverdale returned with the second episode last week, titled Chapter Fifty-Nine: Fast Times at Riverdale High. The latest instalment saw a brand new Principal take to the school proving himself to be a tough force, who won’t be taking any nonsense from the fan-favourite four. However, with Mr. Honey (played by Kerr Smith) quickly getting on the wrong side of fan-favourite Cheryl Blosson (Madelaine Petsch) fans are beginning to suspect he will be the next villain and here’s the evidence.

The show returned with an action-packed second episode after the emotional Luke Perry tribute episode in season four.

With Mad Dog (Eli Goree) joining the school and Betty Cooper (Lili Reinhart) and Kevin Keller (Casey Cott) making amends to team up on the Blue and Gold, all seemed well in Riverdale.

However, it didn’t take long for the new head of the school to start cracking down on Archie Andrews (KJ Apa), Veronica Lodge (Camila Mendes) Betty and Jughead Jones (Cole Spouse) all overslept on their first day.

He told the gang: “We’ll have order…discipline…consequences.” 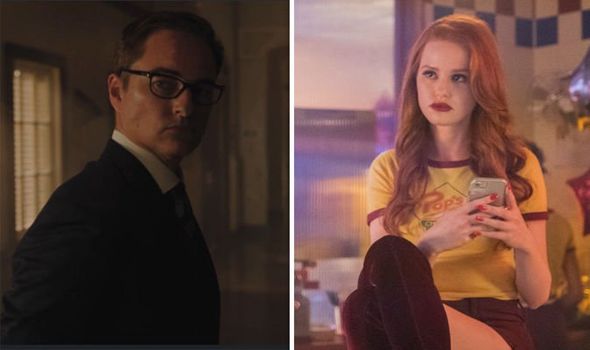 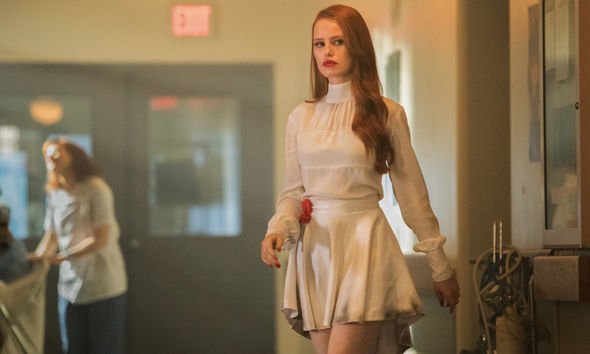 Moreover, the Principal followed through as later fans saw him cancel the school dance Cheryl had planned which in true Cheryl style, meant she vowed to go to war with Mr. Honey as she planned a new party at Thistlehouse.

However, it was Cheryl’s speech that teases things will turn ugly between the pair.

She announced: “Students of Riverdale, we have a new enemy in our midst, this killjoy is our new principal, Mr. Honey. However, never fear.

“I, as your student body president, will make sure he’s beheaded by homecoming, or my name isn’t Cheryl Marjorie Blossom.” 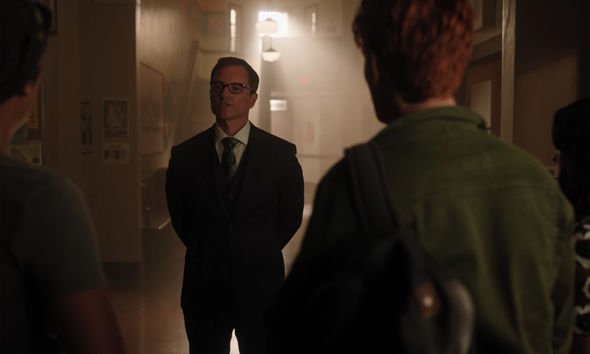 Will there be an eerie homecoming episode that sees Mr. Honey’s true darkness revealed?

The episode saw the two go back and fourth as he called the police on the party, which lead her to hit back by putting a a beehive in his office.

However, fans already think the showdown could take an alarming turn as Mr. Honey’s true inner darkness is revealed.

One fan tweeted: “I’m guessing Mr. Honey is going to be a psycho. #Riverdale”

A second speculated the name “honey” is all a smokescreen, and the new addition to the school will turn out to be less than sweet.

Game of Thrones: Why Jon Snow was always going to be resurrected [THEORY]

The fan added: “Watch Mr. Honey be the new villain this season. his name is just a trick to make him seem innocent so u won’t suspect it”

“I can already tell Mr Honey is dodgy as f**k #Riverdale” added a third.

Meanwhile, another theory suspects the show’s entire plot was invented by Jughead.

Reddit user Sorcha125 wrote: “I’ve heard the theory about Riverdale being written by Jughead circulating around for a while now, and I have some potential evidence for this theory being true.”

The user went on to speculate the episodes being titled as chapters support the theory that the show is all part of Jughead’s book.

They added: “It’s a small detail, but it makes sense. The episodes are part of chapters. For example: ‘chapter thirty three – Shadow of a doubt’.

“It’s a reach, but if the story of Riverdale is being written by Jughead it would make sense that all the episodes are considered chapters.

Riverdale season four started on October 9 on The CW and October 10 on Netflix.