Ruth Langsford, 60, was on hand to front the Loose Women panel on Tuesday, joined in the studio by co-stars Coleen Nolan, 55, and Janet Street-Porter, 73. Saira Khan, 50, joined the trio by video link from her home, but it wasn’t technical difficulties which brought the ITV show to a standstill. Unfortunately, the This Morning star had an incident with her make-up bag just as the opening titles had rolled.

How is Boris Johnson handling the coronavirus crisis? Vote in our poll

The host was just detailing what was coming up on the show when her wardrobe necessity fell rather loudly on the floor.

At this particular moment, Ruth had to stop the programme as she explained to viewers what had just happened.

Coleen replied: “It’s a really big suitcase, actually,” to which the This Morning star added: “A big suitcase of make-up.

“And that just proves the show is live,” she continued with her co-stars bursting into hysterics over the comical moment.

“I’m really sorry about that. I had it balanced on a tissue box but it didn’t work,’ the former Strictly Come Dancing star remarked. 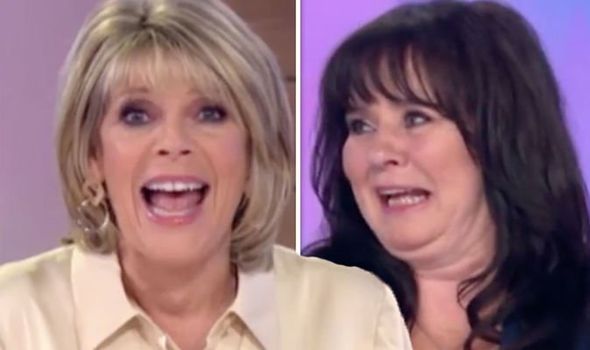 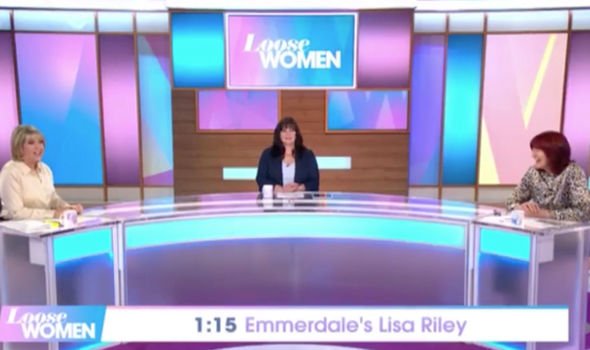 After the unfortunate incident, Ruth’s eye line then returned to the autocue to tell viewers what else was coming up on the show.

Despite the wardrobe blunder, the mother-of-one went on to open up about driving her son Jack to university earlier this month.

Along with husband Eamonn Holmes, 60, the pair bid farewell to their child in the midst of the ongoing pandemic.

With campuses up and down the country now seeing masses of students going into self-isolation, the presenter admitted she was “absolutely bereft”. 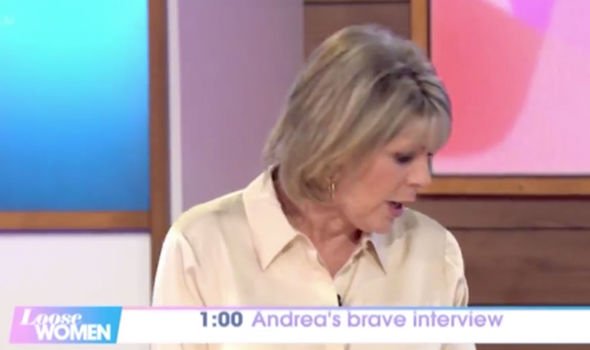 “I’m alright now. We took him and he seems to be fine, seems to have settled in alright, but it’s a worry now with the lockdown.

“Jack and I talked about it and we said we’d take each day as it comes. I think [teenagers] are much more resilient than we think.

“I don’t want to say it’s fun, but they’re all in it together,” she continued, before explaining what her own mother suggested to her about lessening her concerns.

Ruth told her co-stars: “My mum said it’s not a great hardship to be in a nice room with your TV and phone.”

“You’ve got heating and light and water, so it’s not the end of the world when you look at it like that,” she said.

Also on Tuesday’s show, Andrea McLean, 50, opened up about the new lease of life writing her book has given her.

Following a breakdown last year, the presenter began to write about how she was feeling and is going to share her experiences with the public.

As a guest on the show, Andrea admitted she is no longer afraid to speak out about how she’s really feeling.

“I’m not doing it anymore. I’m not just smiling and taking the short end of the stick just because I’m the one who’s easygoing.

“I’m speaking out. I was very afraid to speak out before – lots of reasons why. In some cases, the repercussions were terrifying.

“But in others, I didn’t want people to not like me. That was a fear in itself and now I’m not scared anymore.

“I don’t care if people don’t like me anymore because this is who I am,” the presenter told her co-stars.