Matt, 45, was on hand to present Saturday Kitchen, with co-host Olly Smith giving his expertise on wine as well as the pair being joined by Sara, 44, and two guest chefs on the BBC cookery programme.

At the beginning of the show, Matt explained what was coming up on the show before welcoming Sara to join him and the other guests at the table, away from the studio kitchen set-up.

Thanking the radio and television presenter for joining them, Matt complimented Sara on her choice of footwear, with the blonde donning a pair of golden shoes.

Sara’s footwear caught the eye of Matt’s co-hot Olly, with the guest then going on to ask about the presenter’s plans for once the show had finished.

After Sara joined Matt, Olly and the guest chef’s, discussion began with her footwear before the guest asked: “How come you two are going out for dinner. Where’s our invite?”

Matt went on to explain: “We just kind of planned it. We just thought, ‘We always work together, we’ll go out for dinner.’”

This prompted Sara to ask about their etiquette when it comes to sharing food, with the guest enquiring: “Do you share a dessert because my husband…” she went on to say, before Matt quickly interjected.

“No, that’s inappropriate,” Matt remarked, before Sara went on to explain why she’d asked as Matt chuckled away.

“He went, ‘Oh me and Olly shared a dessert,’ and I was like ‘Really? Cute,’ I thought that was cute,” Sara added. 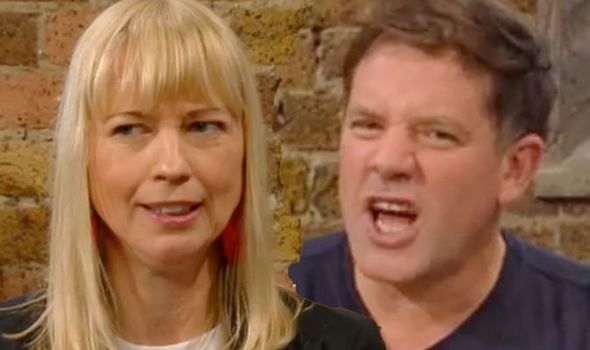 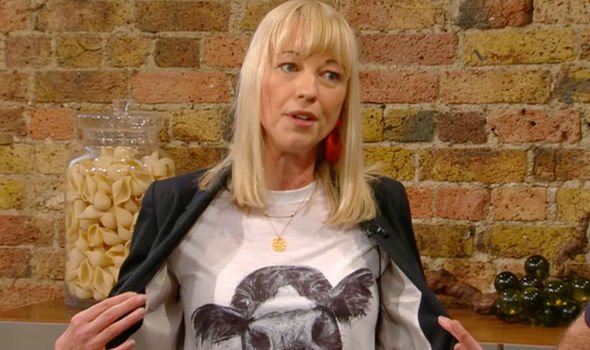 Matt went on to say: “No, we won’t be doing that,” before continuing with the rest of Sara’s introduction to the show.

“Anyway, off our social life, we’re going to take about your new book in a just a bit,” before he became distracted by another piece of Sara’s attire.

Wearing a t-shirt with a cows face printed on it, Sara told viewers the title of her book, Till The Cows Come Home, while demonstrating her attire, to which Matt asked: “Is that getting a lot of wear at the moment.”

Sara explained: “No, it’s my first time. I actually ordered it the other day just to come on here,” before adding the cow printed on the shirt was the wrong one.

“My dad’s got beef cattle and this is a diary cow,” Sara went on to add before Matt explained the food heaven or food hell the presenter would be facing later on in the programme. 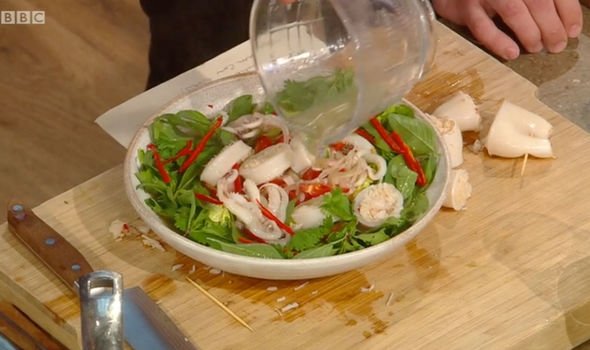 Sara admitted she loved sea food and shellfish, but wasn’t too partial to any dish made with kidneys, truffle or celeriac.

At the end of the programme, it was revealed Sara would be facing her food heaven before Matt went on to prep the dish.

Ahead of last week’s show, Matt faced a minor hiccup when BBC Breakfast presenter Naga Munchetty, 43, crossed over to the presenter to discuss what was coming up on the show.

After Matt revealed what viewers could expect once the news programme had finished he expected the shot to return to Naga and her co-host, but instead, the camera stand on him for a few extra seconds.

With an awkward silence filling the air, Naga said: “Oh Matt you done? Sorry!” before Matt jokingly remarked: “I’m done! Were you not paying attention?”

Saturday Kitchen airs Saturday’s at 10am on BBC One.