Thanksgiving might not be the same this year, but thanks to Saturday Night Live’s treasure trove of holiday sketches, there are plenty of classic Turkey Day moments you can still enjoy. So here’s a look back at some of the best SNL‘s best Thanksgiving sketches. 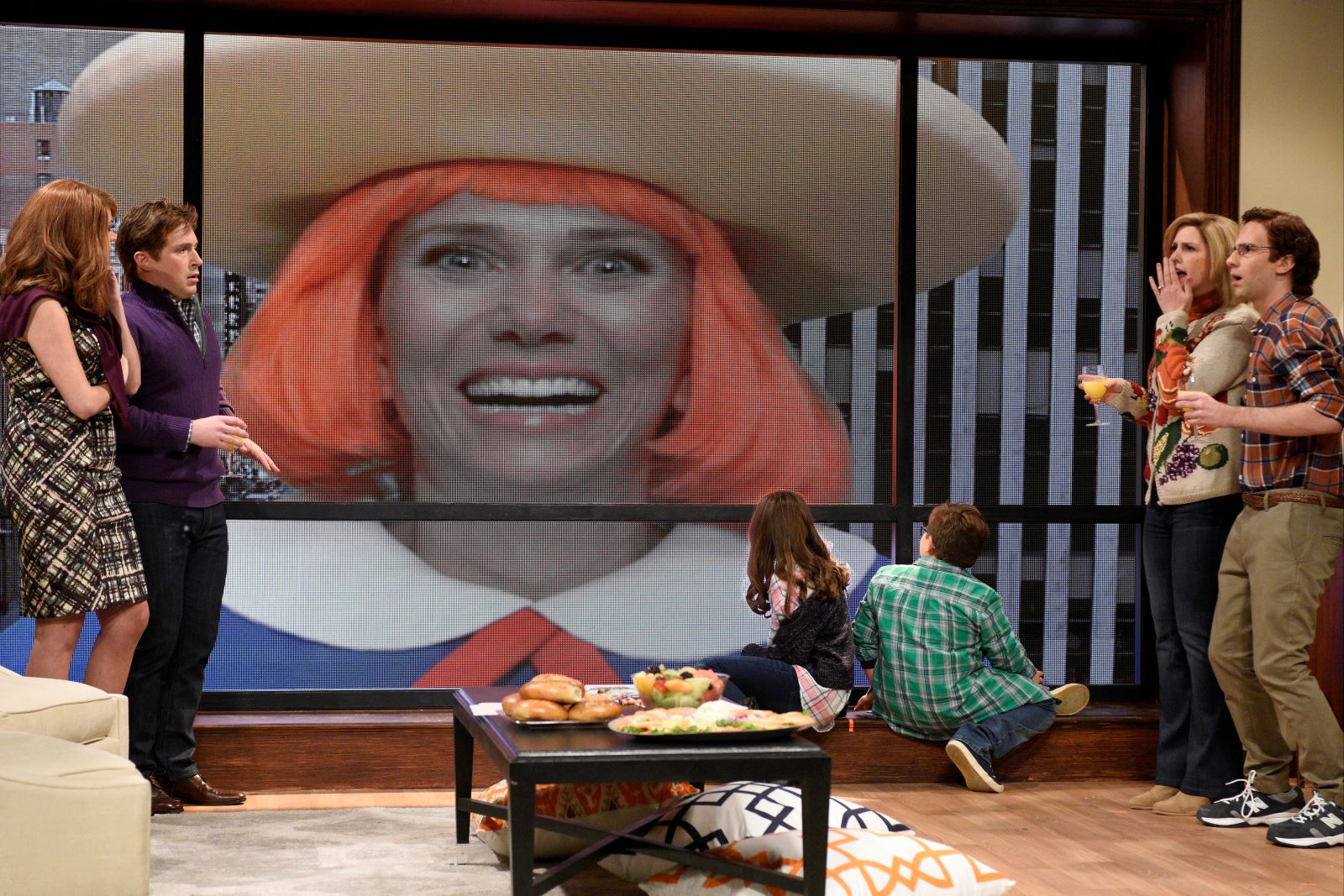 In Season 40, host Cameron Diaz joined SNL stars Aidy Bryant, Leslie Jones, Cecily Strong, Kate McKinnon, Sasheer Zamata, and Vanessa Bayer in rapping about the benefits of going home to their parent’s house for the holidays. They boast about getting free wi-fi, meals, and endless bowls filled with their favorite snacks.

In this classic Season 15 sketch, Kevin Nealon, Jon Lovitz, and Phil Hartman share their Thanksgiving greetings as Tarzan, Tonto, and Frankenstein. The three announce what they’re thankful for, including the reduction of international tension, coconut cake, and fire.

In this Season 42 sketch, a family with young children joins their friends to watch the Macy’s Thanksgiving Day Parade from a nearby high-rise building. But when the menacing parade balloons — played by Bobby Moynihan, Kristen Wiig, and Mikey Day — fly too close the window, the family freaks out.

Debbie Downer was one of Rachel Dratch’s most memorable SNL characters. The pessimist would always find a way to bring down the mood, no matter where she was.

In the season 30 sketch, Thanksgiving Dinner, Debbie sits down for a turkey dinner with her friends — played by Fred Armisen, Amy Poehler, Horatio Sanz, and guest star, Owen Wilson. While they try to talk about the niceties in life, Debbie manages to squeeze in facts about the bird flu, smallpox, feline AIDS, and food poisoning.

Mike Myers, George Wendt, Chris Farley, and Robert Smigel celebrate their heart attacks and Da Chicago Bears season over a kielbasa and rib-filled Thanksgiving dinner at Ditka’s restaurant. In the season 17 skit, the Super Fans are joined by Macaulay Culkin and his younger brother, Kieran Culkin, who present their football-themed version of the first Thanksgiving.

In this classic season 5 sketch, SNL comedy legends Bill Murray, Laraine Newman, Jane Curtin, and Paul Schaffer are angry at their aunt, played by Bea Arthur, for making them sit at the kid’s table during Thanksgiving dinner. But, as it turns out, she has a pretty good reason.

Melissa Villaseñor and Beck Bennett play Pocahontas and her boyfriend, John Smith, in this season 45 sketch starring Will Ferrell. At this historic Thanksgiving dinner, Pocahontas’s parents — portrayed by Maya Rudolph and Will Armisen — question her relationship and criticize John.

Steve Carell and Leslie Jones are space travelers who have their first Thanksgiving on a distant planet with their new alien friends. But as they eat their “kern on the curb,” it seems that there are more conscious creatures, on this planet than they were aware of. This season 44 sketch also features Kenan Thompson and Melissa Villaseñor.