Nearly a decade into his turn as Marvel’s Bucky Barnes — otherwise known as The Winter Soldier — actor Sebastian Stan is busier than ever, but not with the kind of safe commercial bets that other franchise players might be pursuing. A year after taking on the risky role of former criminal and national laughingstock Jeff Gillooly in Craig Gillespie’s Oscar-winning “I, Tonya,” Stan is still chasing unconventional supporting roles in smaller features.

In Karyn Kusama’s “Destroyer,” he acts opposite Nicole Kidman as an undercover police officer helping Kidman’s no-nonsense detective through a dangerous mission that destroys her life. It’s a tricky role for any actor to hold their own opposite a proven movie star in dark, moody thriller, but Stan said that “I, Tonya” opened him up to embrace that sort of challenge.

“It was definitely a transformative year for me, in terms of what I want,” Stan said in an interview, and he credited “I, Tonya” with shifting his priorities. “It kind of set the bar for me in what I wanted going forward.” 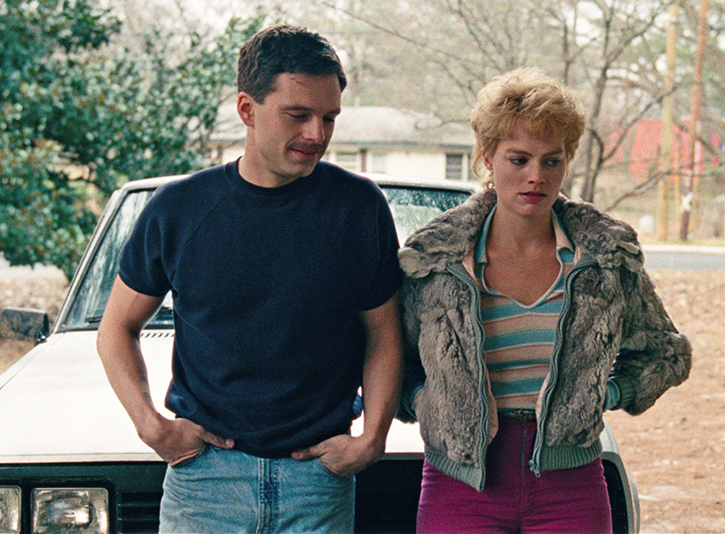 Sebastian Stan and Margot Robbie in “I, Tonya”

The rest of his current schedule speaks to the actor’s interest in peering beyond the commercial realm: He starred in Stacie Passon’s Shirley Jackson adaptation “We Have Always Lived in the Castle,” which debuted at LAFF earlier this year, and he recently wrapped roles in Todd Robinson’s true-life war drama “The Last Full Measure” and Argyris Papadimitropoulos’ romantic drama “Monday.”

After years of working in franchise mode, “I, Tonya” opened the actor up to exploring these opportunities. “It led me to want to look for that again, to find more things that scare me, and that are challenging,” he said. “I came out of that movie feeling like, ‘I don’t know how I’m gonna find the situation again.’ I was really wanting to find that again, and lo and behold, I actually did.”

However, “Destroyer” nearly slipped beyond his grasp. Stan originally met with Kusama to discuss the role of cult leader Silas, played in the film by Toby Kebbell, though he had some initial reservations about taking on another dark role. “I was actually concerned, after ‘I, Tonya,’ because I was like, ‘God, this is gonna be another really dark, dark role, I don’t know if I can sort just get into that again,’” he said.

He wanted to work with Kusama and Kidman, but walked away from the meeting wondering if the role was a fit, and even made his own audition tape as the character to further feel it out.

“I put a scene on my iPhone, and I sent it to her,” he said. “I said, ‘Hey, look, I just got inspired, and I want you to check this out, and you let me know what you think, obviously, you know, whatever you feel is best.’” Weeks went by without an update and Stan figured he didn’t make the cut. In October 2017, Kusama finally called. “She said, ‘You know, I loved your tape, but actually I feel like you’d be better in this role, the other role,’” he said. 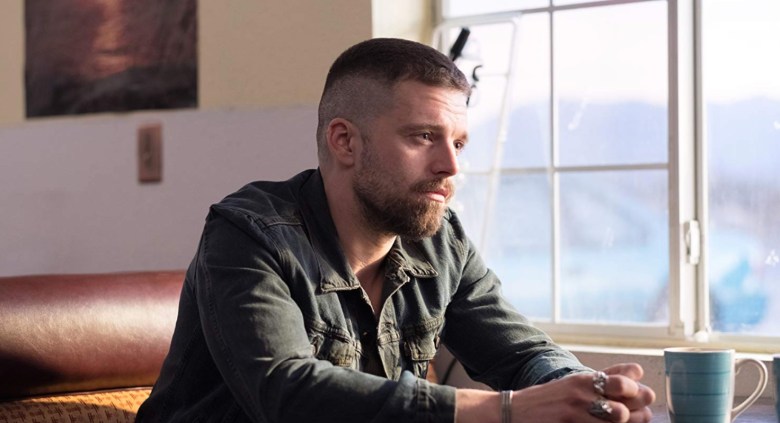 As a choosy performer who takes his time pursuing various roles, Stan admits he wasn’t immediately comfortable with Marvel superstardom.

“I don’t think it came naturally to me,” Stan said of his ease with his fans and fame. “Even if you look back a few years ago, I remember doing interviews and just being so scared and just trying to take it all in. I feel like I’ve learned a way to sort of embrace it.” He added with a laugh, “You can see it, if you go on YouTube.” (Admittedly, in some of Stan’s earliest video interviews for “Captain America: First Avenger,” he looks ready to jump out of his skin.)

These days, he appears more comfortable with the role. His Instagram account is filled with pictures and videos of him interacting with fans, and happily so. He’s a vocal supporter of the charity Our Big Day Out, which aims to provide shelter and a better way of life for children in Stan’s home country Romania. It’s raised thousands of dollars over the years, with big pushes often spearheaded by the actor’s fans in honor of the star.

Read More: ‘I, Tonya’ Star Sebastian Stan On Moving Past Marvel to Take on a Genuinely ‘Scary’ Role

He’s understandably tight-lipped about what to expect from future Marvel movies (he’s credited on the upcoming “Avengers: Endgame,” but isn’t entirely sure what stuff he filmed will be in the final cut). But he’s quick to talk about his latest projects, including an untitled romance directed by Drake Doremus, which allowed him to stretch his improv muscles. As for other genres he’d like to explore, he’s interested in doing a period piece like “Game of Thrones,” something that would let him play around with “a great accent.”

And he’s not saying no to more big films, though it’s the smaller ones that seem most top of mind.

“Look, I would never necessarily say no to a lead in a franchise,” he said. “I love all movies, so I’m game. … I think I’ve been so lucky to have this Marvel universe to go back to. I’ve learned a tremendous amount in 10 years. They’ve given me so many opportunities, and one of the opportunities that they’ve given me is a chance to go out there and find something that’s gonna stretch me in some way, and challenge me in a way that’s gonna be different. … I mean, how much better than that can it get?”

Annapurna Pictures will release “Destroyer” in theaters on Tuesday, December 25.