As tributes continue to pour in for the Duke of Edinburgh, Prince Philip following his death at the age of 99 on Friday, author and broadcaster Gyles Brandreth headed onto The One Show to relive his own fond times with the duke. Gyles had remained a close friend to Prince Philip for the best part of five decades, attending a number of engagements alongside the Queen’s other half. And it was during one of these outings with the duke at the annual Royal Variety Performance that Gyles recalled his favourite moment with the royal during his interview on BBC’s The One Show.

Kicking off the discussion, Rylan said to Gyles of the Prince Philip coverage since his death: “It’s been really heavy to watch at times, it’s been very sad,

“But what I’m thrilled to talk to you about, you’ve known him for what, about 50 years now, isn’t it? And I know you’ve got a book coming out commemorating his life on April 27.

“You’ve spent so much time with him (so) out of everything, and this is going to be really difficult, what would be your favourite memory you’ve got with him?”

Gyles recalled to The One Show host: “My happiest, funniest moment with him… We went with him to the Royal Variety Performance.” 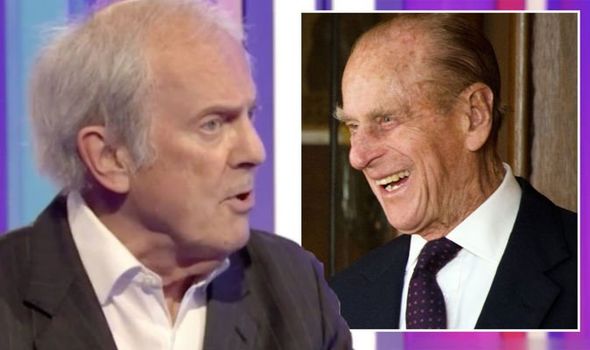 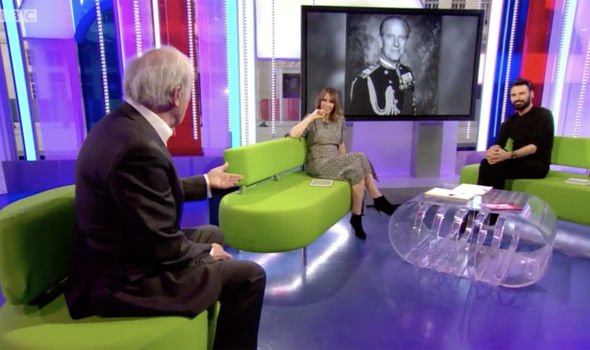 He continued rather tongue-in-cheek: “You can imagine how much he looked forward to that every year,

“And I found myself sitting next to him in the royal box. The Queen was there, Prince Philip was there, I was here and the first act was closing with an excerpt of the Full Monty, a stage show of the movie.”

Spotting the awkward encounters this could have presented, Alex chipped in: “Nooo.”

Gyles continued: “And Prince Philip looked at the programme and seemed quite excited. 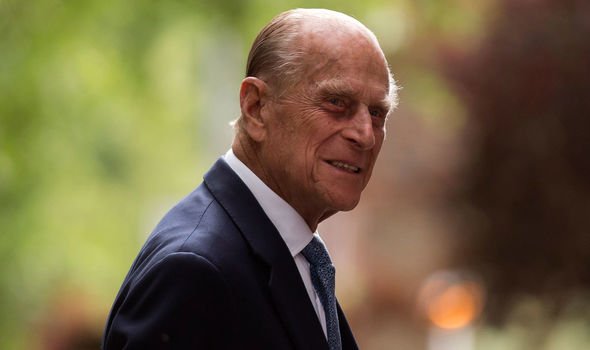 “He said: ‘The Full Monty, I’m gonna enjoy this, it’s the Full Monty.’ And he assumed it was going to be a tribute to Field Marshall Montgomery.”

Rylan and Alex were in hysterics by Prince Philip’s mix-up but Gyles wasn’t done there.

He said: “So I said: ‘I think you’re under a bit of a misapprehension sir, its actually about a male striptease group, like The Chippendales you know, unemployed firemen then they come in naked…’

“And these strapping lads came onto the stage starkers, and I thought the Queen is there!”

Revealing the duke’s hilarious response, Gyles concluded: “And he said: ‘Oh don’t worry, you needn’t worry at all,

“’She’s been to Papua New Guinea, she’s seen it all before.’”

“Brilliant,” Alex said as she and Rylan let out a laugh before the latter chimed in: “I love this.”

The Royal Family announced Prince Philip’s death on Friday, April 9 at the age of 99.

His funeral will be held on Saturday at St George’s Chapel at Windsor Castle.

The ceremony will begin at 3pm but with Covid restrictions in place, only 30 mourners will be in attendance.

This will include many of the Royal Family, including Prince William and brother Prince Harry.

The One Show continues weekdays at 7pm on BBC One.