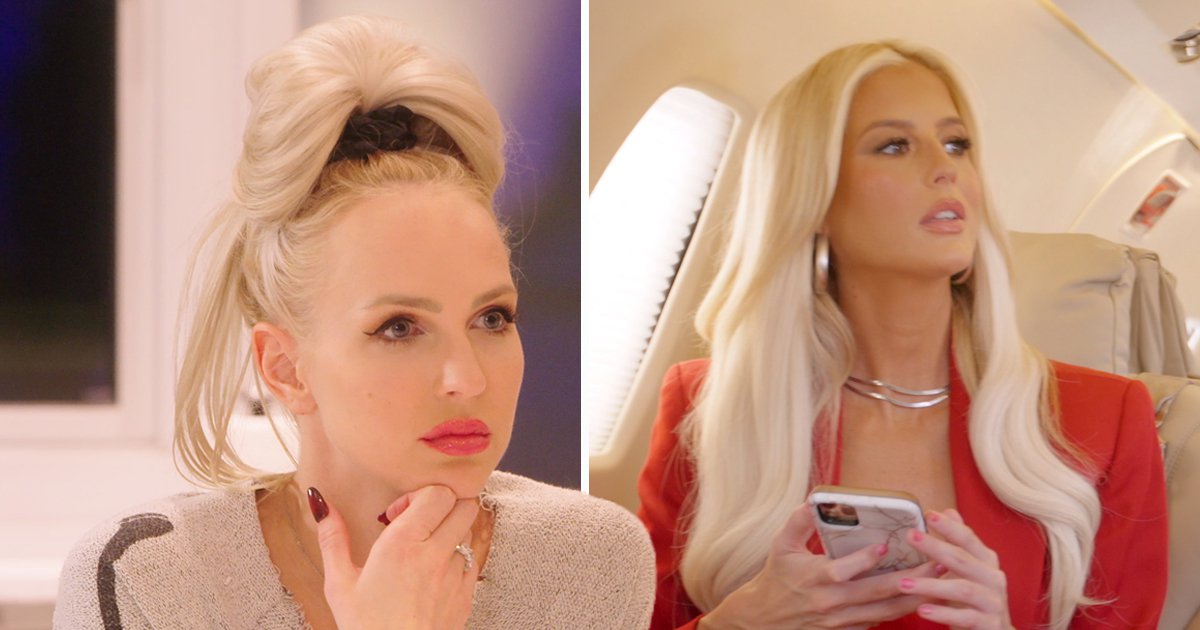 Despite neither of the Netflix stars currently dating the man – who was not named on the series – he became part of their ongoing saga.

According to Us Weekly, he has now been unveiled as Peter Cornell, who also works at the Oppenheim Group along with his exes.

That must be some awkward Christmas party…

A source close to the cast reportedly spilled the beans to the publication, alleging that the 45-year-old is the man who dated both of the luxury real estate agents.

He is also a fellow realtor and is currently the director of the sports and entertainment division of the O Group, according to the biography on the official company website.

‘As a seasoned real estate investor and developer, former professional athlete and NBA Player Agent, Peter’s multifaceted approach to marketing, negotiating, and closing is both fresh and effective,’ it reads, boasting about his former basketball career.

‘An innate networker, a believer that a small conversation can lead to a game-changing deal, Peter casts a net that reaches across the globe, allowing him to access resources and relationships he has developed in the worlds of sports, entertainment, and real estate.

‘In all pursuits, he applies his focused, passionate work ethic, his continual market research, and his listening and facilitating skills — all key components in making moves in a fluid, evolving Los Angeles real estate market.’

Peter has yet to speak out over the drama, and doesn’t appear to have a public Instagram account.

Despite seemingly keeping a low profile, he inadvertently found himself at the centre of the drama on series four of Selling Sunset, when Christine and Emma shared that they were both linked to him within the same timeframe.

Not only that, they both claim to have been engaged to him at around the same point – which is not ideal…

The timeline surrounding both of their romances was definitely messy, and the former athlete was pictured hitting the red carpet with Christine for the LA premiere of Hot Tub Time Machine 2, in 2015.

She also detailed the moment she found out that he was dating her future co-star at the beginning of the latest Selling Sunset season, telling the camera: ‘My ex-boyfriend was dating this girl at the same time he was dating me.

‘I had no idea. I caught him red-handed during the day with her. So we broke up.’

Sharing a slightly different version of events, Emma recalled the explosive moment she first crossed paths with her colleague, adding: ‘It was not pleasant.

‘I was leaving the gym with who I thought was my boyfriend and [Christine] pulled up with her friend and was like, “Who the f**k’ is this?” and started screaming, “This is my boyfriend.”‘

Metro.co.uk has contacted reps for the Oppenheim Group for a comment.