Mary Fitzgerald from Selling Sunset set the record straight after speculation that she and husband Romain Bonnet were starting a family.

However, some fans wondered if Fitzgerald was hinting that she was pregnant in several of her photos this summer. “I have a feeling she’s preggo now. HURRY UP SEASON 4,” one fan wrote on Fitzgerald’s Instagram selfie in early August.

Another fan wondered if Bonnet and Fitzgerald were teasing a baby announcement in a photo of the couple. “Are you preggers?! Is that what you’re celebrating,” the fan wrote. 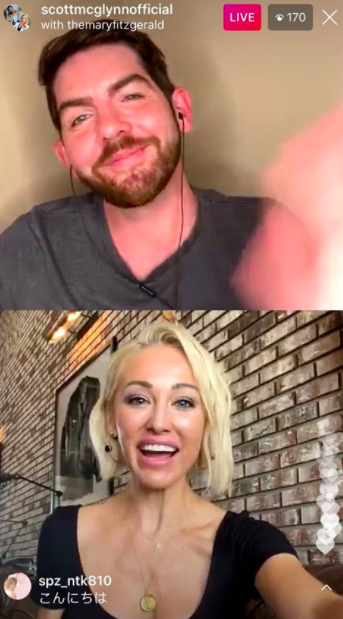 “Basically she said they’re not planning anything soon because of obviously their work schedules,” McGlynn said. “It’s just manic at the moment. But she said obviously on the show, she said she’s frozen her eggs, so they’re ready when they decide to do it.”

“But she says they filmed a lot about that,” he continued. “And they didn’t show a lot of it. Just her in the scene going about it.”

Fitzgerald and Bonnet married in 2018, which was actually two years before the wedding that was featured on the show. “Mary and Romain had a civil union a couple of months before the show began filming in June of 2018, but they chose not to tell any of their friends or family, as they were still trying to see if their relationship would work out in the long term. In their minds they weren’t properly married until the wedding that was filmed during the show,” their rep shared with TODAY.

So blessed to have this incredible man by my side to share this epic journey together. ? @ricardogt90 #sellingsunset #netflix #mondaymotivation #grateful #love #couplegoals

She also revealed that the L.A. market is so hot, it is keeping the couple busier than ever. “The market is still moving, we have new hurdles and mandates to follow,” Fitzgerald told The Sun. “But I’m not slowing down in regards to interested buyers and selling my listings.” Bottomed out mortgage rates are motivating buyers and sellers, with prices and home sales on the rise, The Los Angeles Times reports.

Fitzgerald added that she and Bonnet haven’t really had time to have a serious discussion about planning a family. “We haven’t really talked so far about starting a family, as we are both really focused on our professional careers and push each other to be and do our best,” she said.