Shane Richie was revealed to be the ninth celebrity to be eliminated this evening as ITV viewers decided the last ones standing for this year’s I’m A Celebrity… Get Me Out of Here! final. As he looked back on his highlights with Ant and Dec, he opened up on the “repercussions” he faced after the hilarious eating trial he took part in with fellow EastEnders star Jessica Plummer, which he admitted made “a mess” of his stomach.

Tonight viewers had their say once more and it was Shane who was the latest celebrity to be booted out of the castle.

He went to join Ant and Dec for his exit interview and the pair couldn’t help but ask him about the trial which the former dubbed “his TV highlight.”

The trial had seen Shane and Jessica have to eat and drink a range of disgusting delicacies.

But the pair made it through and gained 12 stars for camp – but it wasn’t all smiles for the duo who took part. 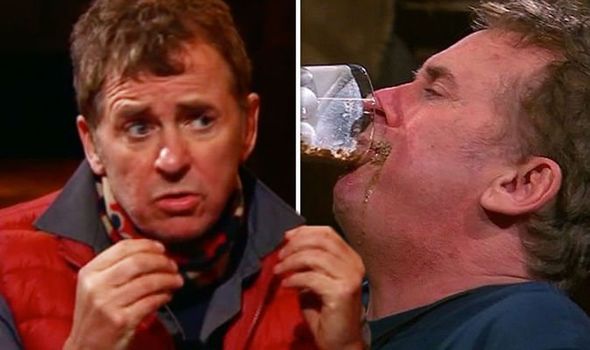 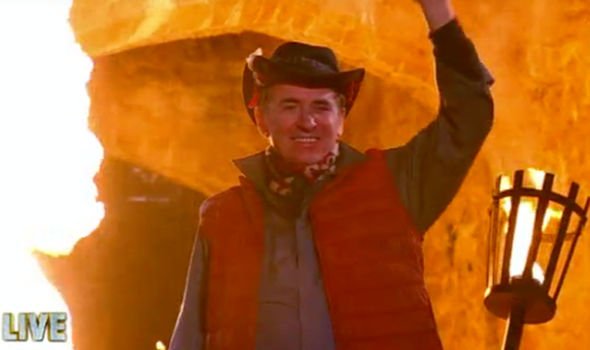 “Did you know about the repercussions? Was it covered on this show?” Shane asked the Geordie duo.

Ant noted: “We knew about your dodgy belly,” before Shane explained: “Three nights, there was this one night, I don’t know if you caught me out, you have no concept of time,

“I don’t know what time we get up… my stomach for three days [after the trial], it was a mess.

“I walked out one day, went back to bed and came back about 10 minutes later and it was sunshine!” 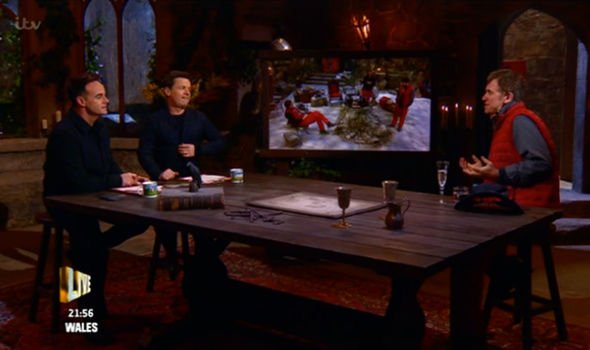 Fans were sad to see Shane go this evening as he just missed out on the final three.

Another wrote: “Well, did not expect Shane to be the next one to leave. What a shame he missed out in tomorrow night’s final #ImACeleb.”

“Shane has been brilliant entertainment but I’m very pleased with the final three x #ImACeleb,” commented a fourth.

A fifth added: “Nobody was more shocked than Shane to not be in final. Gutted for him, he deserved to be in the top three #ImACeleb.”

“Shane deserved to win, he practically carried the show for the first week #ImACeleb,” noted another.

Ant and Dec also probed the star on whether the experience had lived up to his expectations.

“Above and beyond,” he said, ‘It really did,” before offering up advice to anyone who was thinking of taking on the show in the future.

“To anyone who comes and says, ‘Should I do it?’ You’ve got to embrace it, it’s no good trying to be on your own somewhere.”

He went on to warn: “You need to be an open book, in the business… you can’t fake it here.”

And he tipped Giovanna to win tomorrow, telling the hosts: “I’d love to see Mumma Gi win, I would. She’s been so strong all the way through.”

I’m A Celebrity… Get Me Out of Here! continues tomorrow at 9pm on ITV.