Alec Baldwin claims he didn’t pull the trigger in the October Rust accident that killed cinematographer Halyna Hutchins. But a Santa Fe, New Mexico sheriff questions that defense. In the growing chaos generated by the aftermath of the accident, Mendoza says one thing is certainly true: guns don’t just discharge themselves.

The sheriff says the gun was in Alec Baldwin’s hands 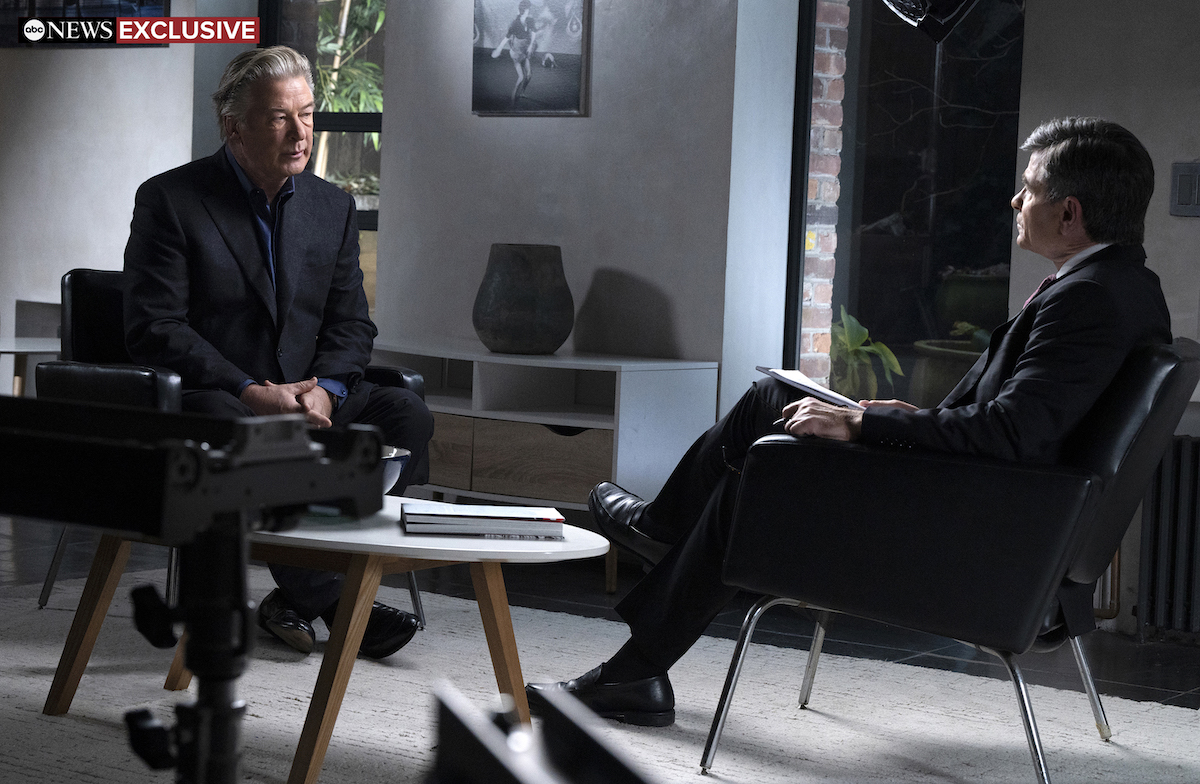 In the months following the October 21, 2021 shooting on the Alec Baldwin’s Rust set, an endless list of questions continues to emerge. In a segment released by ABC, Baldwin himself recently spoke out, saying that he didn’t even pull the trigger. The accident killed Rust director of photography Halyna Hutchins. Furthermore, it wounded director Joel Souza.

However, Santa Fe County Sheriff Adan Mendoza questions that statement. In a statement to Fox News Digital, he said things like that simply don’t happen.

“Guns don’t just go off,” Mendoza said. “So whatever needs to happen to manipulate the firearm, he did that and it was in his hands.” Moreover, Mendoza previously stated that the production fell into “complacency.”

“Obviously I think the industry has had a record recently of being safe,” Mendoza stated during a press conference a week after the shooting. “I think there was some complacency on this set, and I think there are some safety issues that need to be addressed by the industry and possibly by the state of New Mexico.”

The Alec Baldwin accident occurred at the iconic Bonanza Creek Ranch — a popular destination for Western films. An investigation into the matter is ongoing in New Mexico.

Former President Donald Trump raised eyebrows in the early aftermath of the accident, making claims that Baldwin meant to fire the fatal shot.

Additionally, Trump openly attacked Baldwin and questioned his intentions. “Even if it was loaded, and, you know, that’s a weird thing, maybe he loaded it,” Trump continued. “If they handed me a gun, I would never point it at somebody and shoot it…He’s a troubled guy. There’s something wrong with him. I’ve watched him for years. He gets into fistfights with reporters… I mean, everything he does, he’s a volatile guy. He’s a nutjob.”

The shooting accident on the set of ‘Rust’ is prompting change

Regardless of how Baldwin discharged the weapon — or if he did at all — the shooting prompts serious discussions about what should change on movie sets.

“I can’t speak for anyone else, but I can tell you, without an absence of clarity here, that any movie that we have moving forward with Seven Bucks Productions — any movie, any television show, or anything we do or produce — we won’t use real guns at all,” Dwayne Johnson told Variety at Netflix’s Red Notice premiere on November 3.

Alec Baldwin himself took to social media to call for police on the set of any movie that plans to use firearms.

However, those changes won’t come quickly enough for Halyna Hutchins. Her family laid her to rest with a memorial service in mid-November of 2021.