SID Owen refused to let viewers see his face on Loose Women due to "confidence issues" following his horrific accident.

The actor, 48, appeared alongside his former co-star Patsy Palmer – who played his character Ricky Butcher's wife, Bianca Jackson – for a special reunion interview. 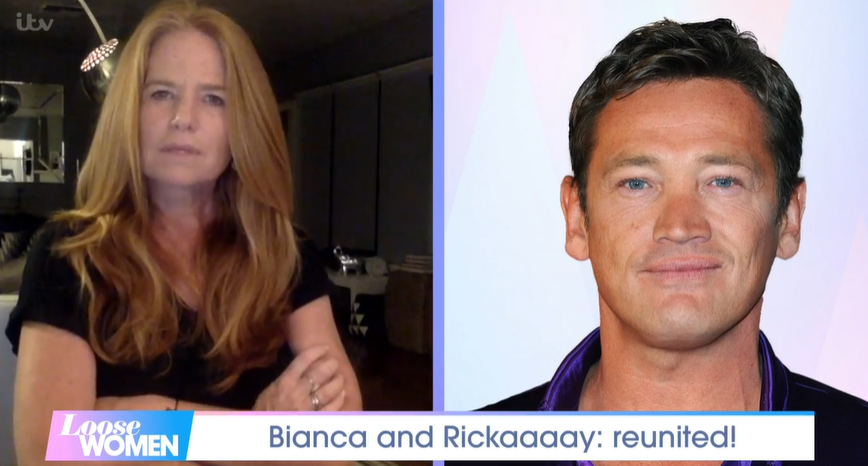 While Patsy appeared in the video link, Sid opted for just a photo of himself for the entirety of the interview.

When asked by the Loose Women panellists why he wasn't appearing on screen, he said it was due to his accident.

The Ricky actor said: "After my accident, I’ve been having problems with my teeth. Because of coronavirus I haven’t been able to go to the dentist."

He later said he was "having problems with his confidence" becaue of it.

The star was forced to undergo emergency reconstructive surgery in February following a horrific golfing accident in Thailand.

Sid was on a detox holiday in Thailand when a golf ball shattered his jaw and sent several of his teeth flying.

He said: “One minute I’m playing a round and the next I’m in total agony and on my way to hospital.

“But actually I’ve almost been lucky because they’ve told me if it had hit me two inches higher up I’d probably be dead from that sort of impact.”

Keen golfer Sid was playing with a friend on January 17 when a ball ricocheted off a tree into his face at close range.

He said: “I was stood about ten feet away when it hit me, hard, and of course it hurt like hell, but it was the shock factor too.

“I remember seeing two teeth fly straight out of my mouth but it turned out to be a fracture in my face and a broken jaw, along with another tooth embedded into my jaw.”

Sid was taken to hospital from the upmarket Siam Country Club Old Course near Bangkok for emergency facial surgery.