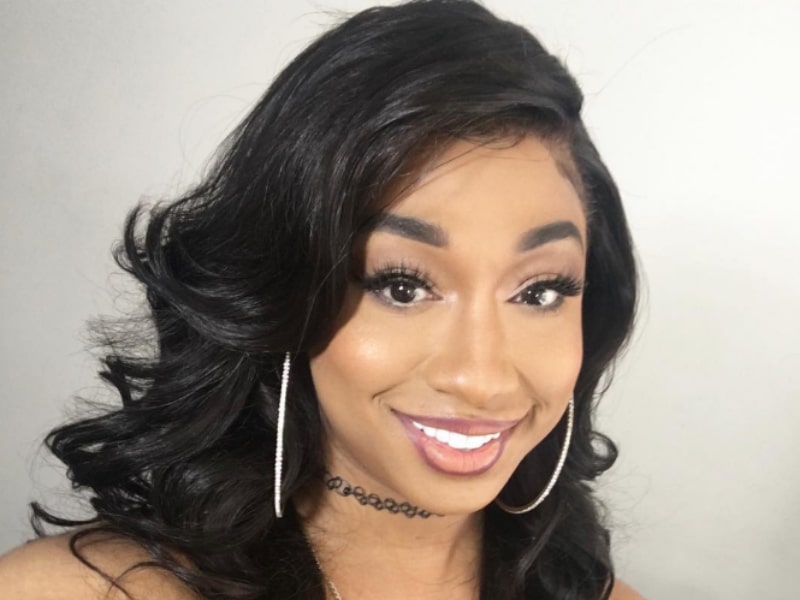 Like many other reality stars on LHHNY, Sidney isn’t afraid to back down from the drama and during her debut she caught everyone’s attention during an argument with Nya Lee.

Even before showing up on Love & Hip Hop, Sidney Starr was famous in LGBTQ circles. She is known for hosting Pride events, and on Instagram she has more than 173,000 followers.

Starr is 29 years old and will be celebrating her 30th birthday on February 5, 2019. She’s from Chicago and often returns back to her hometown to host events and parties like last year’s Pride.

Love & Hip Hop: New York isn’t Sidney Starr’s first foray into TV. In fact, she has a growing list of credits to her name.

Sidney has appeared on many other reality series’ including Black Ink Crew: Chicago, Maury, Botched and Atlanta Plastic. She is also starting to gain some experience on the scripted side of things and has appeared on Star as well as Girlfriends and Champagne.

Is the new LHHNY star dating anyone?

There has been some speculation about Sidney’s relationship with Rich Dollaz on Love & Hip Hop. While some wonder if the two have been romantic, it looks like they are at least working together, as Dollaz Unlimited is who you need to contact in order to book her.

Speaking of romance, Sidney Starr has been linked in the past to rapper Chingy. Though he denied dating the transgender star, she claimed back in 2010 that they had been intimate.

It was only in 2012 that she apologized, admitting that she made the Chingy story up. He has blamed his failed hip hop career on those rumors.

Sidney Starr has been open about her transition

Sidney Starr has been very vocal about her life experiences and her decision to transition. She spoke openly about all of it in an interview with Vlad TV, admitting that she knew she was different since the age of five. It was at 10 years old that she realized that she was a girl.

Starr has even gone so far as to talk about which surgical procedures she’s had done (and she’s had quite a bit of work done). During an interview with The Breakfast Club, she said that she’s had work done on her face, breasts, back and butt as well as a full gender confirmation surgery.

As far as who paid for all that work, Sidney also made it clear that she did it all by herself.