Sir Michael Palin joined Alex Jones and Chris Ramsey on The One Show earlier this week, where he spoke about filming his many travels over the years. But, the conversation turned rather sour when he discussed a local delicacy he once tried when in Algeria.

“When people go travelling, one of the highlights is the food you can sample, the cuisine you can have in different countries,” Alex began.

“But you must’ve tried some dodgy stuff along the way!”

“I believe that you have to eat the food you’re offered, there’s no point in taking local supermarket food with you,” Sir Michael replied.

“It’s a way of creating a bridge with people – accepting hospitality. 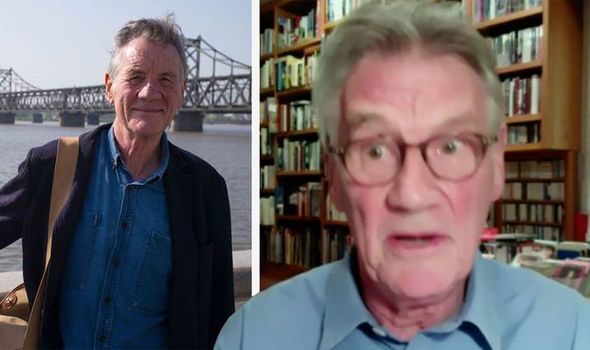 “But, when I had some camel liver in Algeria… it was a bit old.

“I mean, it was old before I ate it! I ate it about two days old, or two years it smelt like.

“I was extremely ill all day and we had to go out.

“I had to interview a guerilla leader in the middle of the desert, so I would ask him a couple of questions, go outside, throw up and come back in again!” He laughed. 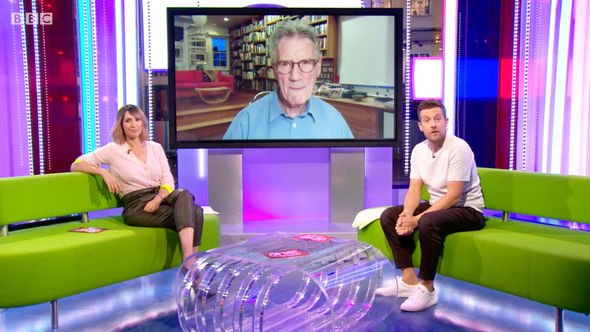 “That was the most arduous day’s filming ever.

“But they were always hard days, you never had an easy day, but it was terrific, intense periods of work which I loved.”

From Pole to Pole in 1992 which saw him take on an epic journey from the North to the South pole across 17 countries and 23,000 miles. 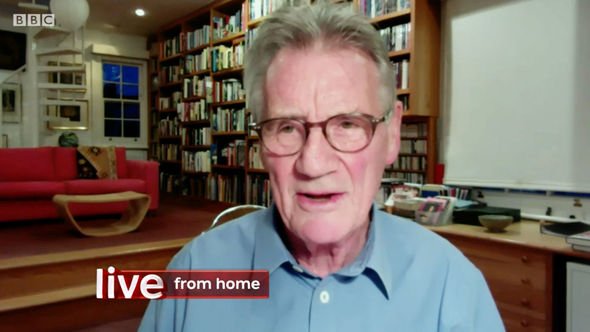 The presenter also spoke about the first travel documentary job he was offered to do.

“Out of the blue, this phone call comes through and says, ‘Will you go round the world in 80 days?’” He told Alex and Chris.

“They were terribly keen, so I signed up.

“Only later did I find out that I was the fifth person to be asked to do it. Noel Edmonds turned it down!” He joked.

Sir Michael was awarded a knighthood for his services to travel, culture and geography throughout this career.

But he will be joining The Simpsons soon in a career shake-up.

He confirmed the rumours this evening explaining: “Yes, I’ve recorded my contribution.

“I play a museum curator, he’s a wacky character.”