Two sisters have been reunited decades after they were abandoned by their mum in hospital toilet cubicles 18 months apart.

Siblings Natasha and Lee-Ann found each other through Davina McCall’s ITV show Long Lost Family when the show’s team were trying to help Natasha find her birth mum, but instead found a different DNA match.

‘I was found in the cubicle of the toilets in St. Thomas Hospital, I was adopted at two years old and I turned maybe 19 and I started the search to look for my family,’ Natasha shared on Monday’s episode of This Morning.

‘A couple of years ago, I started the search with Long Lost Family and it’s just been a long journey to find anything. Last year, we met!’

It turns out Natasha’s mum made the same decision a year and a half earlier, just two days after giving birth to Lee-Ann.

She said: ‘It did. 18 months prior to it happening to Natasha, I was left at a hospital in south London – it doesn’t exist anymore – but in very similar circumstances. 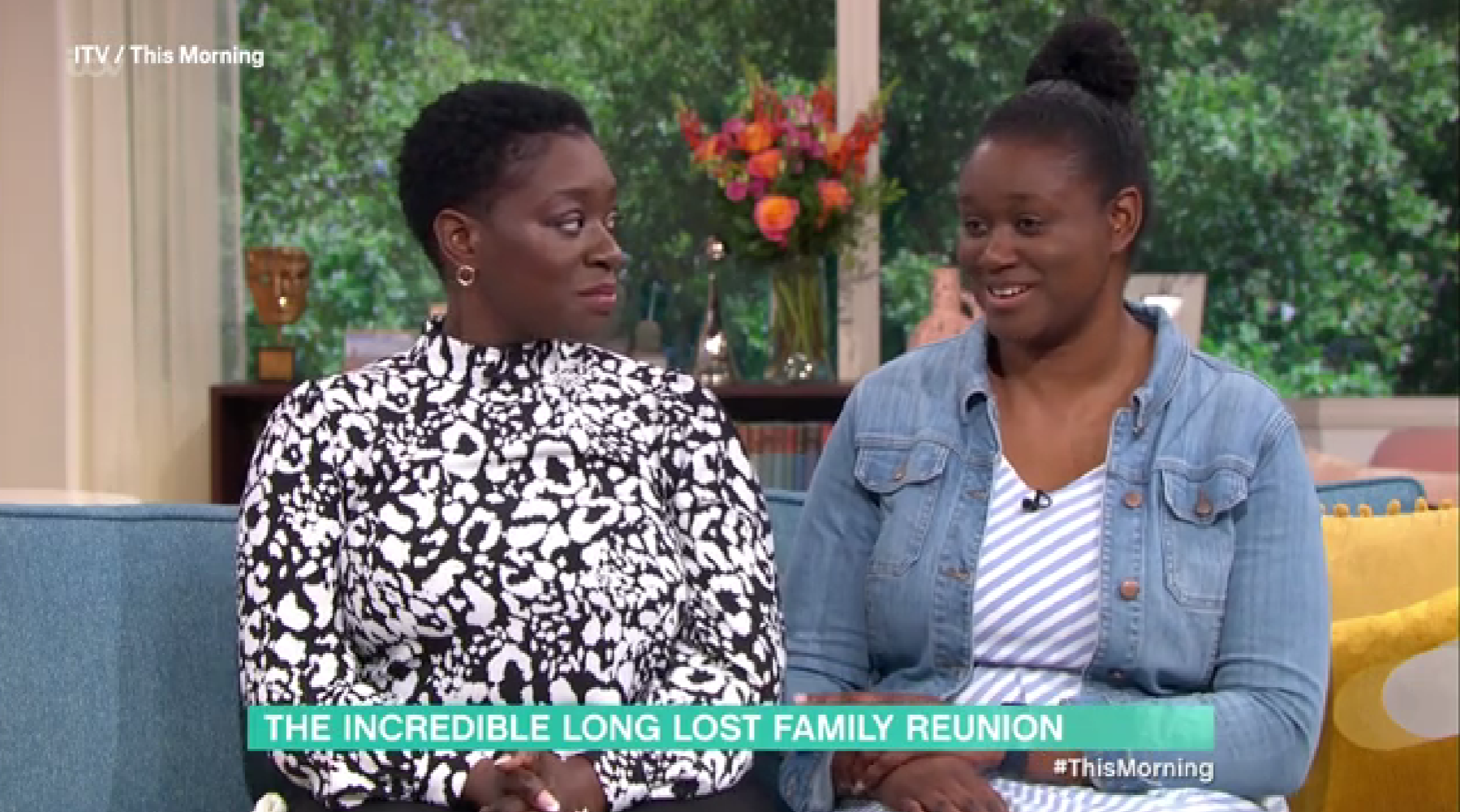 ‘So, in the staff toilets of that hospital , I was left to be found and was found by a paramedic… I was left a couple of days old – so a few days younger than Natasha was. Then I was in foster care for a few months and then adopted by my parents.’

Natasha has actually revisited the cubicle where she was left as a newborn, and she admitted the experience was ‘just overwhelming’ with a flood of emotions.

She said: ‘I didn’t know what to expect. I went in, and it just felt like everything happened, the emotion came out, the tears came out.

‘I’ve got this image in my head of what it would’ve been like, playing it through my mind. Then standing in front of the cubicle and seeing it, it was just overwhelming.’

Despite the way they were left as babies, the two sisters were keen to point out they have no ill will towards the birth mother, as they noted she must have been in an incredible tough position to make such a decision.

‘I feel like if you had to leave a child after giving birth, it must’ve been difficult,’ Natasha added, noting there is no anger from either sibling.

‘The fact that she made sure we were left in the right place, we were both left in blankets, you can tell she did the most she could… We just want to find out a bit more about each other.’

‘I think she did what she needed to do and I think there was great care in how she arranged to leave us in very, very safe places,’ Lee-Ann said, while her sister continued: ‘She knew we were gonna be found straight away.’

The pair were both delighted to find someone that not only shared their ‘features’ and DNA, but also had been through the same experience as a baby.

‘For me, I’ve never seen anyone that I can say is related to me so I can’t imagine what it would’ve been, even when Davina had the picture in her hand,’ Natasha said. ‘It just helps that we can each go through life understanding and knowing that someone else had the same experience.’

Lee-Ann added: ‘I’d always known I was adopted, my parents had let me know quite early on. But, as Natasha mentioned, when you look at your family photos, it still feels like something’s missing.

‘Just knowing that there was someone else who would have had the same DNA, I can’t explain it. It’s really, really special and it means so, so much to me.’