SKY has been caught up in a row after a contestant on Lee Mack's new show had to deny he's got "Nazi tattoos" on his face.

Sky History released a clip from The Chop: Britain's Top Woodworker – which sees ten of "the country's finest carpenters" compete in a series of challenges for the woodworking crown. 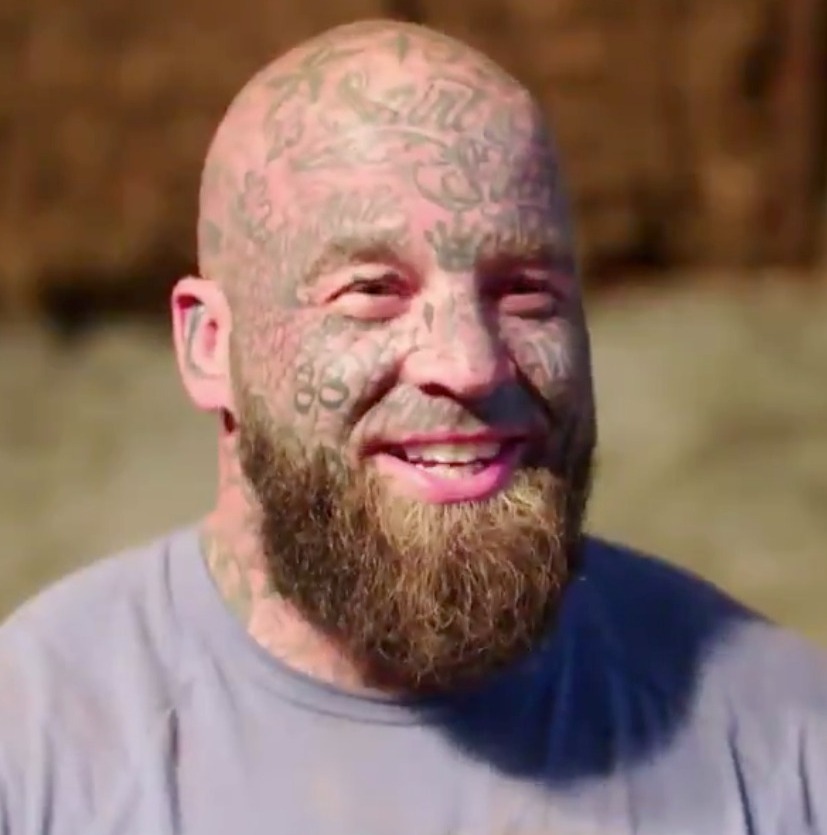 Viewers-including comedian Katherine Ryan – claimed they spotted what they took to be Neo-Nazi tattoos on his face and posted on Twitter to denounce the show.

However, David insists that 1988 is the year of his father's death and they are not Nazi tattoos.

According to the Anti-Defamation League, 88 is a white supremacist numerical code for "Heil Hitler". 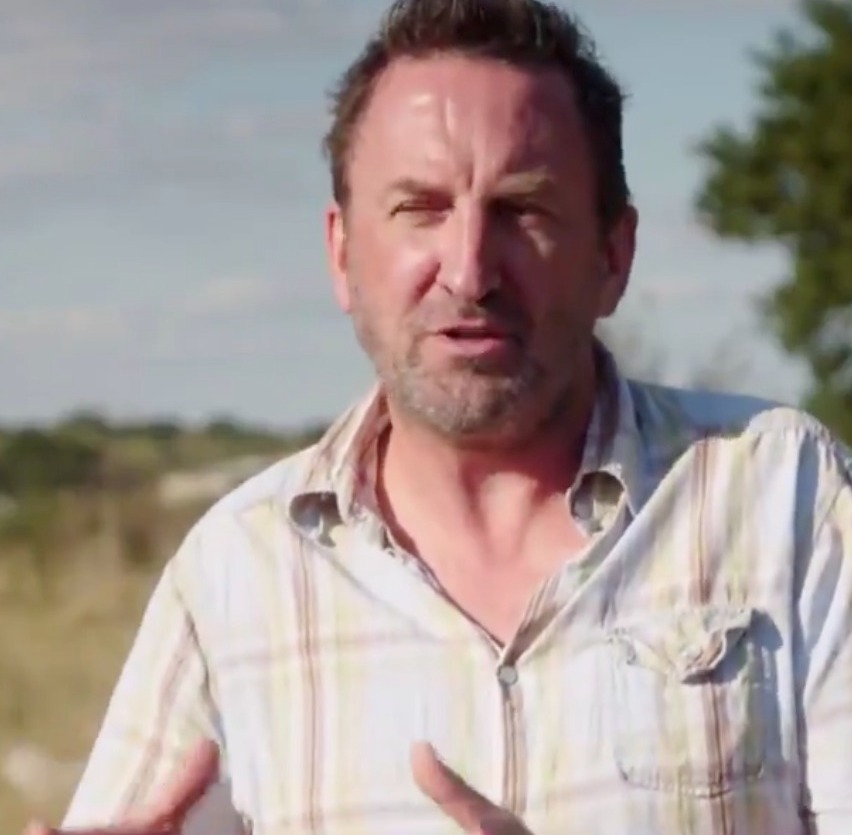 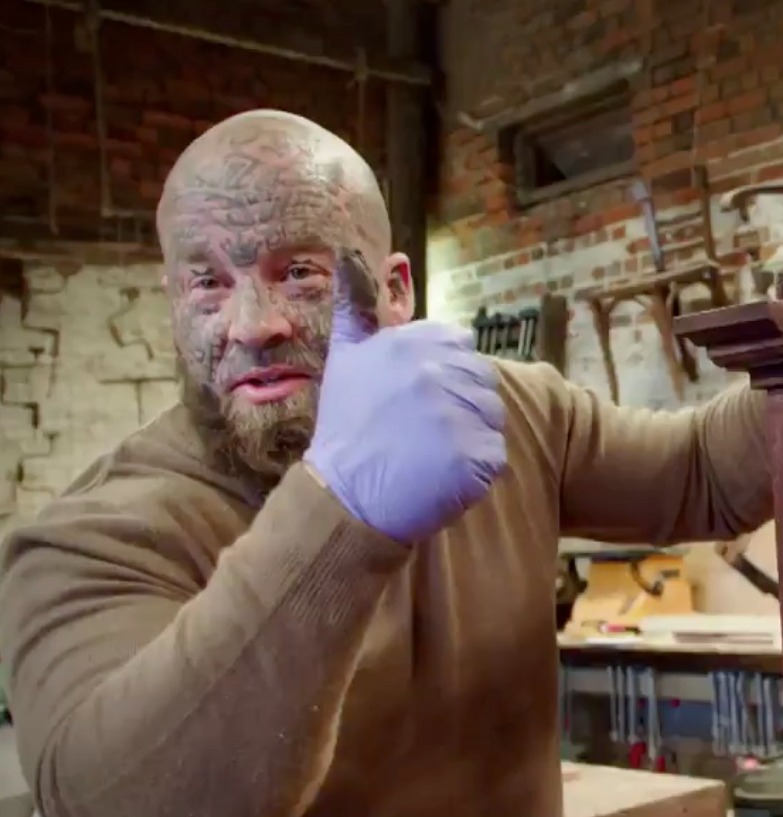 They state it is one of the most common white supremacist symbols.

Above his top lip, Darren has the words "Homegrown" tattooed.

A spokesperson for Sky News told The Sun Online: "Darren’s tattoos denote significant events in his life and have no political or ideological meaning whatsoever. Amongst the various numerical tattoos on his body, 1988 is the year of his father’s death.

"The production team carried out extensive background checks on all the woodworkers taking part in the show, that confirmed Darren has no affiliations or links to racist groups, views or comments. Sky HISTORY is intolerant of racism and all forms of hatred and any use of symbols or numbers is entirely incidental and not meant to cause harm or offence."

Talking ahead of his appearance on the Sky show, Darren said of his inkings: “About ten years ago I saw someone with facial tattoos and started to work with my tattooist on my look. 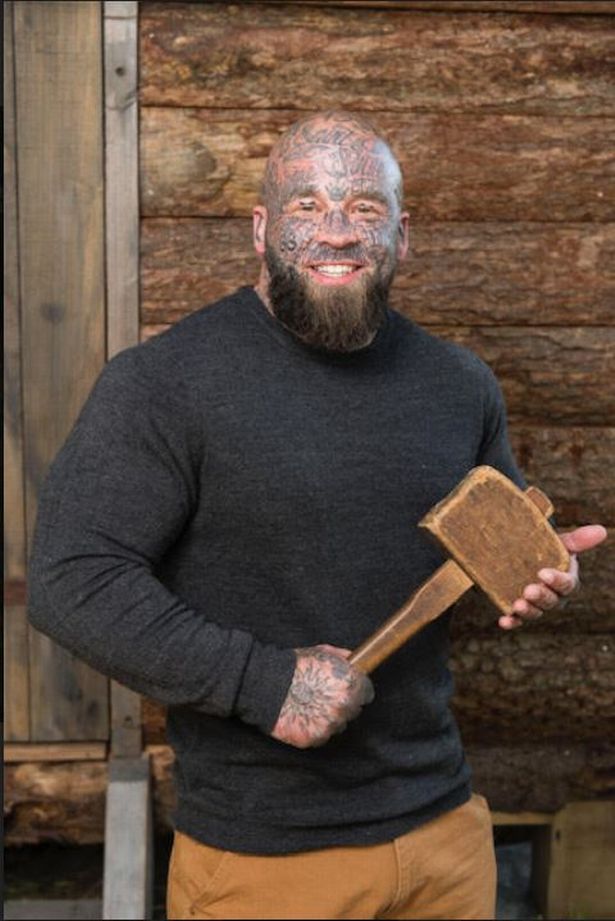 "I have my daughter on the back of my head and my son on my cheek.

"When some people first meet me they are a bit shocked, admittedly. But they soon warm to me after a few minutes.

"Some people ask for selfies with me. I’ve never had a negative reaction to my tattoos. They are just me."

Fans – including Netflix star and comedian Katherine Ryan – were horrified and claimed the contestant has 'Neo-Nazi tattoos on his face'. 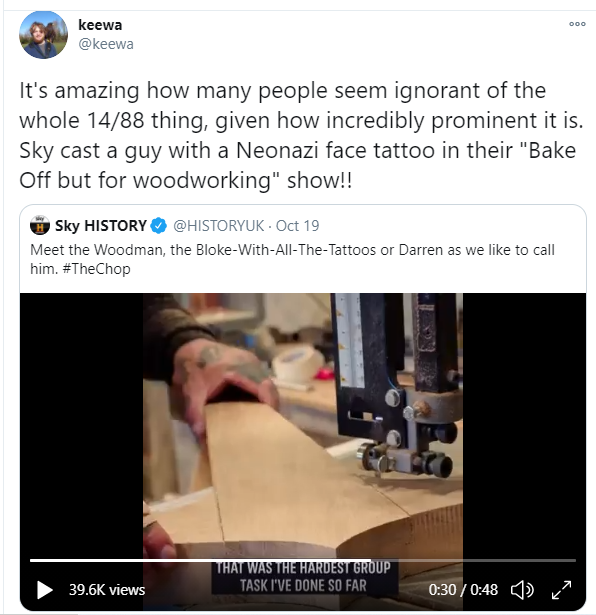 She wrote: "'White men can’t get on TV anymore’…..this one literally has Nazi tattoos on his face and is on TV.'"

Another viewer wrote: "The bloke with the neo nazi tattoos. I thought you were the history channel."

A third added: "Are you for real? The bloke has Nazi tattoos on his face ffs. Sky ‘History’ indeed. Morons. Face with rolling eyes" 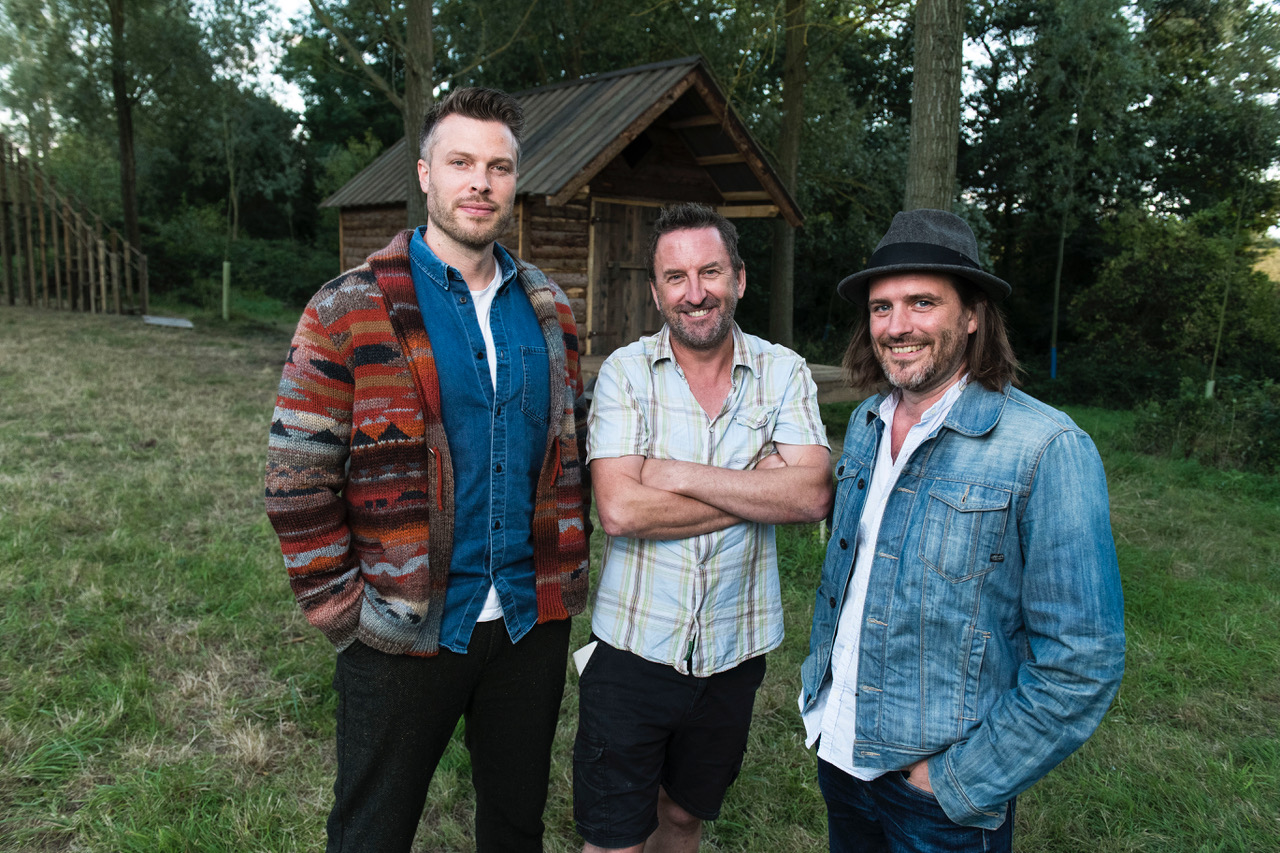 In the beginning of the clip, Darren says: "I am patient. To a degree. So if there's gonna be people getting in my way, there might be fireworks."

Then later to presenter Lee Mack, he says: "So I'm known as The Woodman. So I turn up and say, 'I am The Woodman."

Lee then jokes: "I'm not going to lie to you Darren, if you were the bloke in my town, you wouldn't be known as The Woodman. You'd be the bloke with all the tattoos.

"Surely that takes precedence over The Woodman." 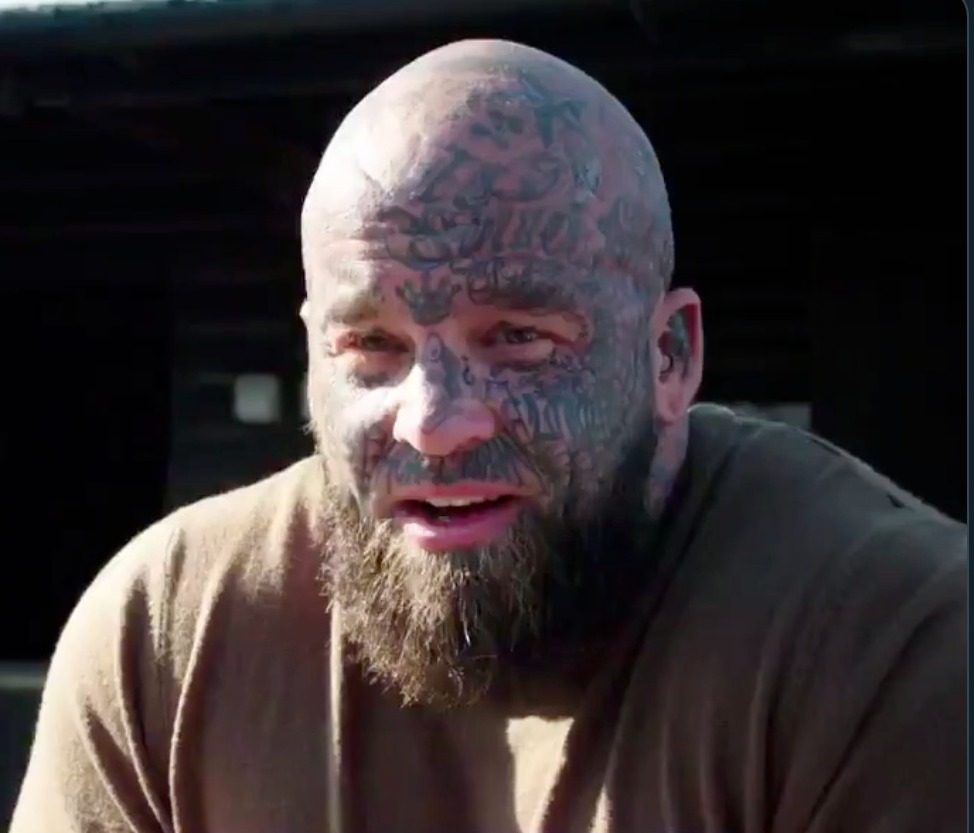 It sees ten contestants compete for the title of Britain's Top Woodworker in Epping Forest.