While the 26-year-old singer received criticism from viewers, others took to Twitter to defend the rocker's move. 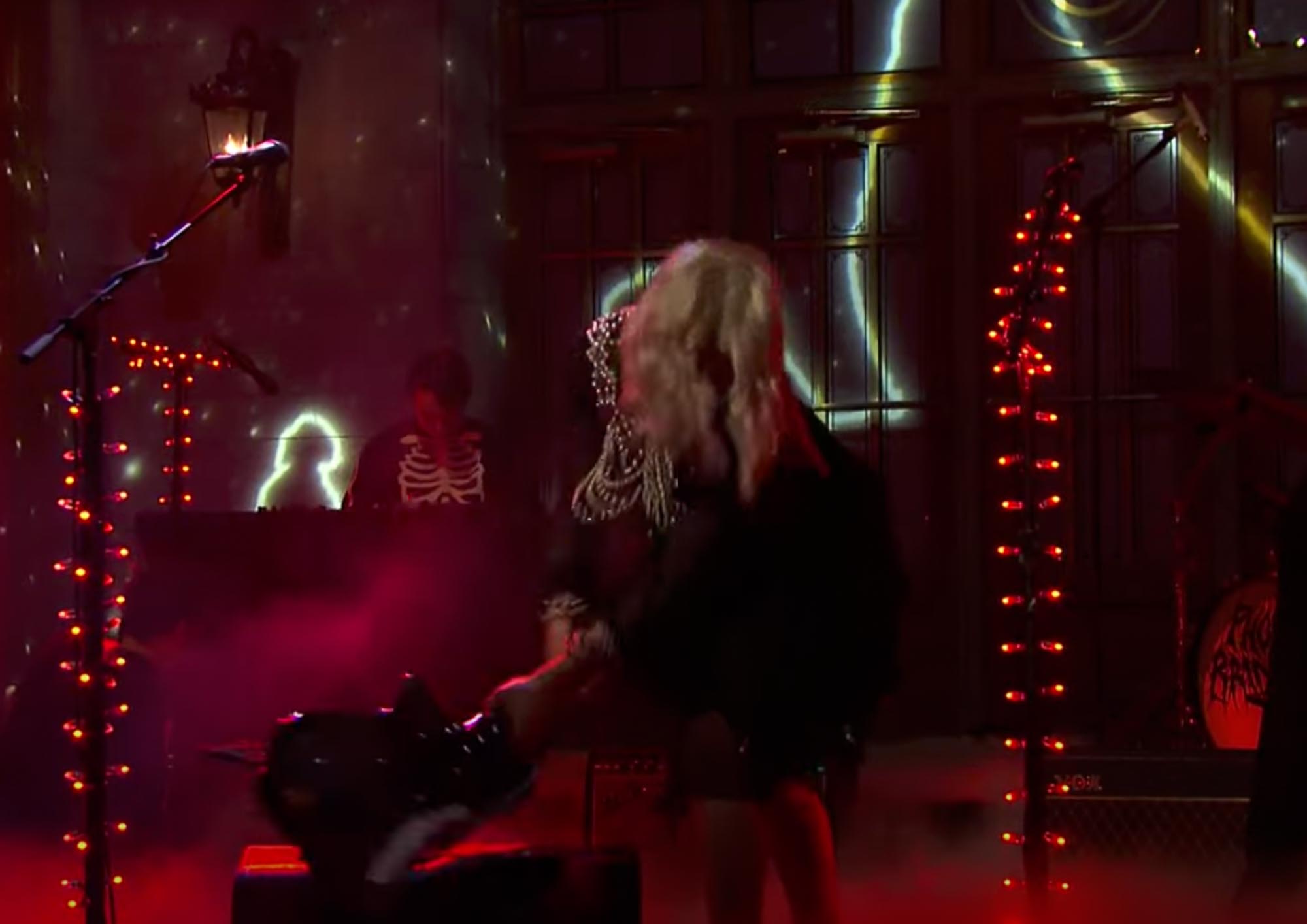 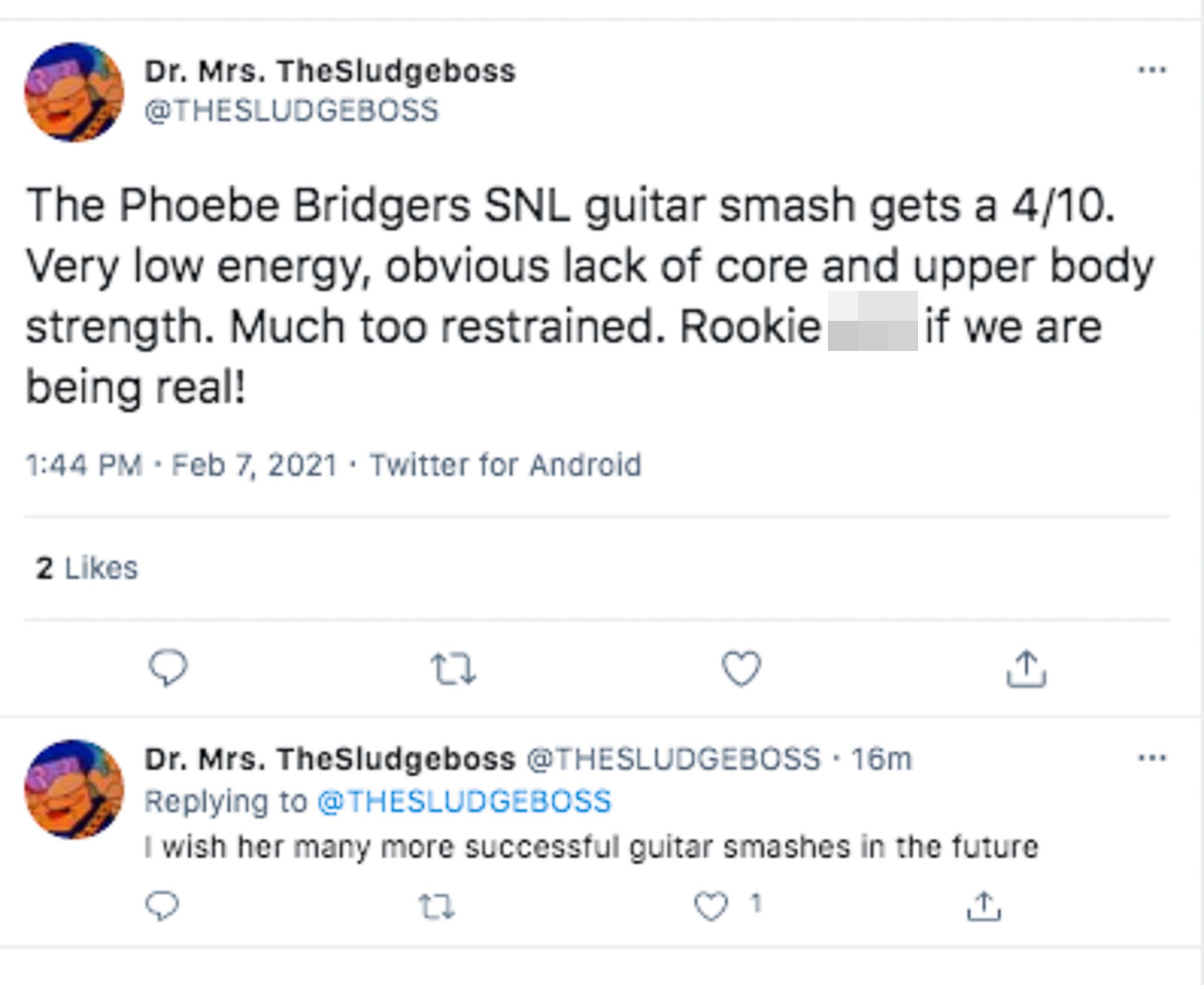 Phoebe took the stage to perform twice during last night's episode of SNL, which was hosted by Schitt's Creek star Dan Levy.

While she first performed Kyoto, the singer's most memorable performance of the night was of her song I Know the End.

Phoebe concluded the performance by smashing her guitar to pieces.

The move was met with mixed emotions from fans, as many took to Twitter to bash the singer.

One person wrote: "phoebe bridgers kind of failed at destroying that guitar, I'm sorry, the neck seems to stay on, it probably just needs retuning. She dinged it."

Another critic added: "The Phoebe Bridgers SNL guitar smash gets a 4/10. Very low energy, obvious lack of core and upper body strength. Much too restrained. Rookie shit if we are being real!"

A third called the move unoriginal as they wrote: "

Destroying guitars…hmmm…where have I seen that before…? Please spare me the artiste."

A fourth chimed in: "Just saw Phoebe Bridgers try to smash a guitar and the cringe is real." 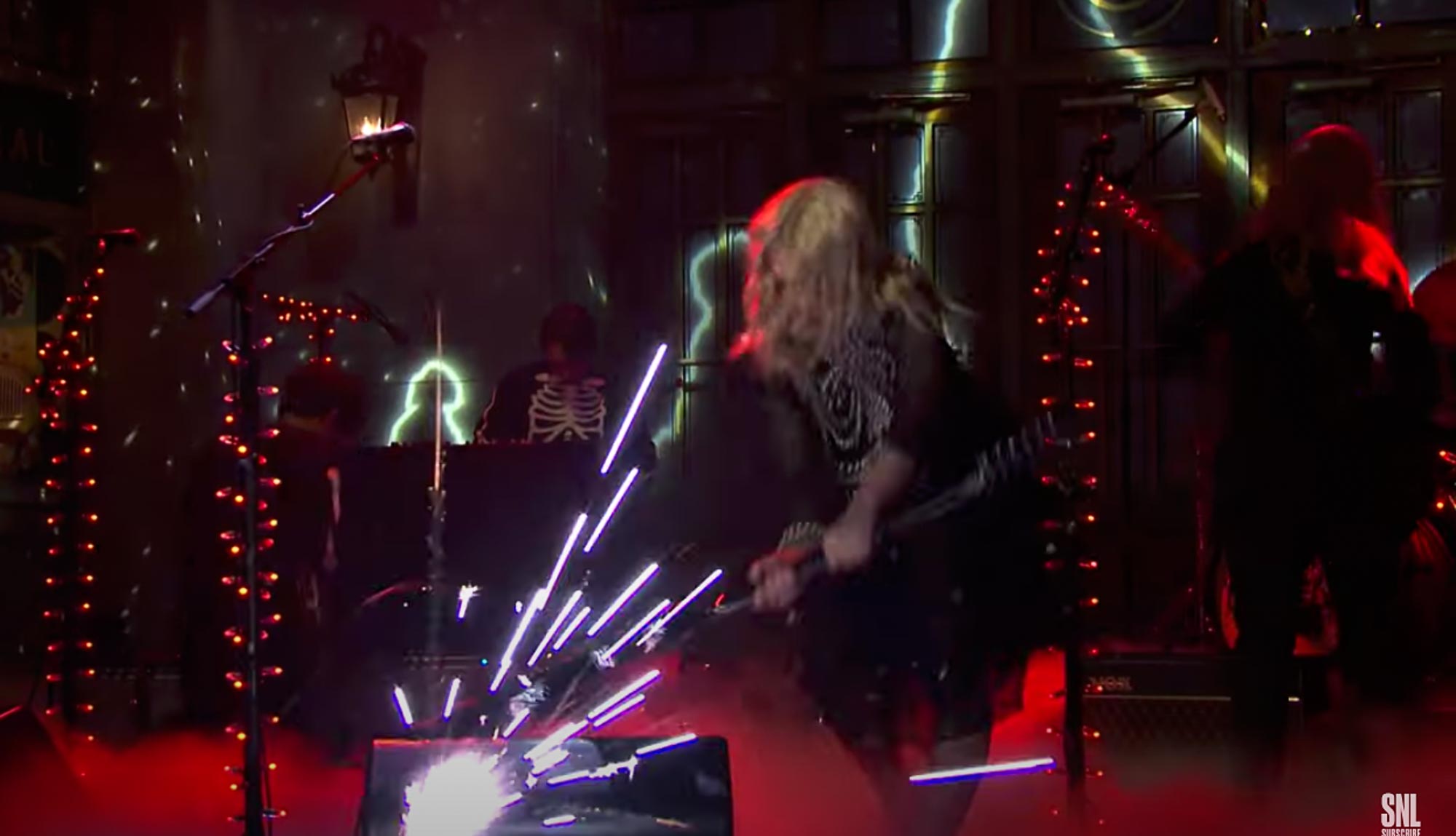 Despite the negative responses to Phoebe smashing the guitar, others applauded her for doing the move that has been normalized by so many male rockers.

One viewer wrote: "phoebe bridgers smashing a guitar is my religion."

A following fan asked "phoebe bridgers hit me with that guitar," as another person shared a similar sentiment: "Phoebe Bridgers please feel free to hit me with your guitar anytime you’d like."

An additional person called out the double standards, writing: "ok so every male rockstar ever can smash their guitar but phoebe bridgers can’t? grow the f*ck up." 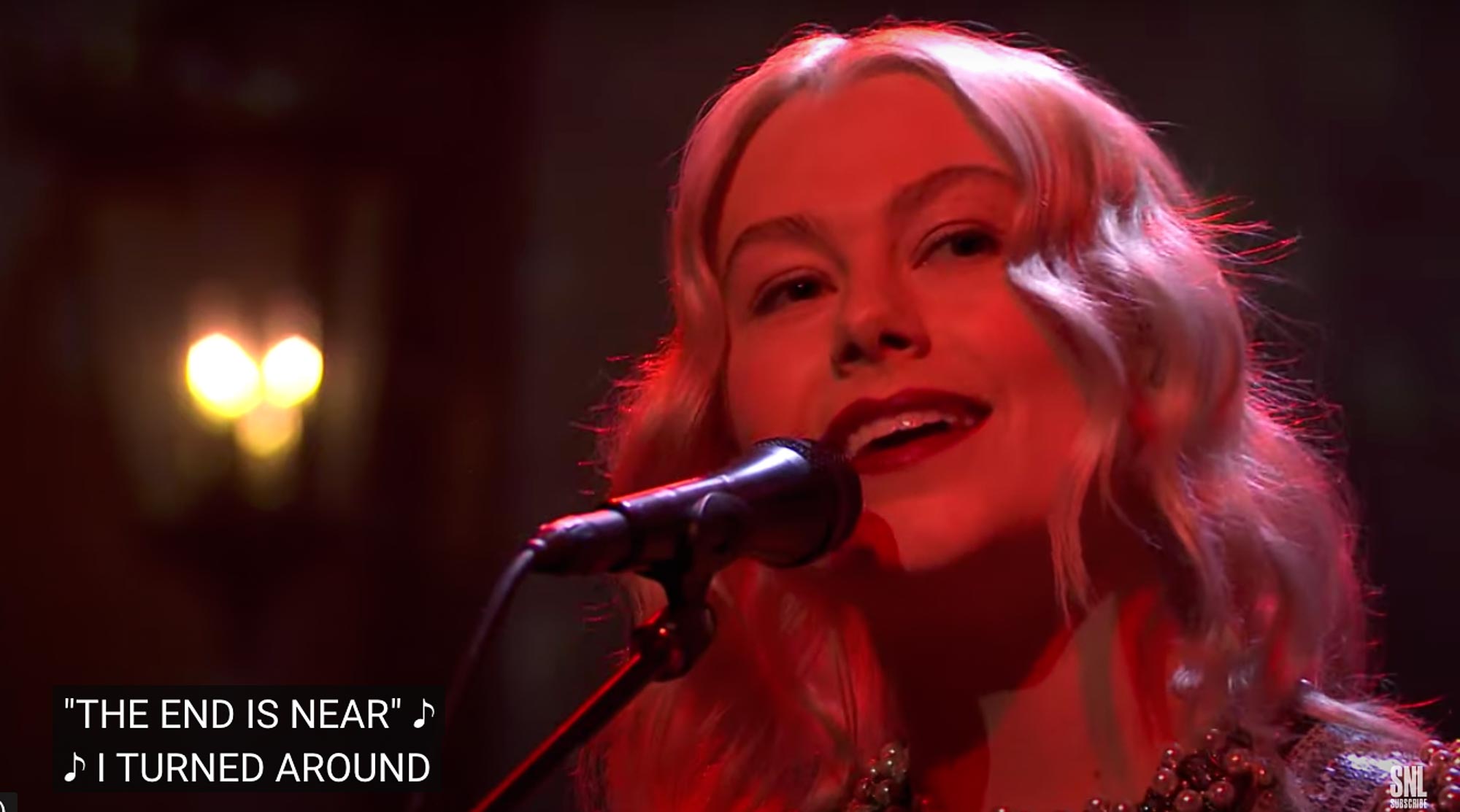 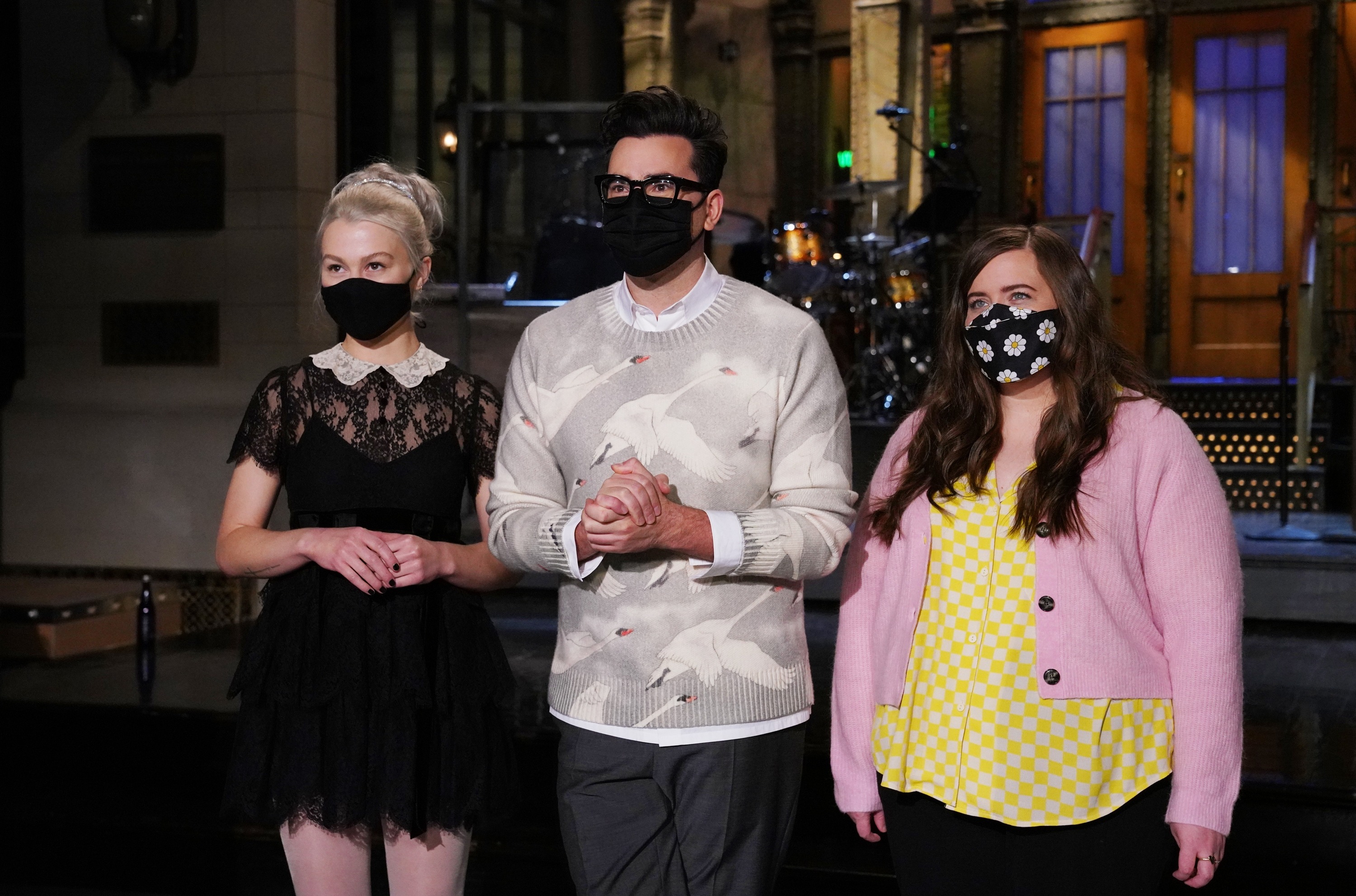 Another viewer added: "men complaining about phoebe bridgers smashing her guitar even though several male artists have done the same thing hmm."

Viewers continued to defend the star, as a following person wrote: "the same people that are complaining about Phoebe Bridgers smashing a guitar probably loved it when men did that in rock bands."

Phoebe's performance comes shortly after she made headlines for claiming Marilyn Manson "bragged about having a 'rape room' in his home" years before Evan Rachel Wood and other women come forward with abuse allegations. 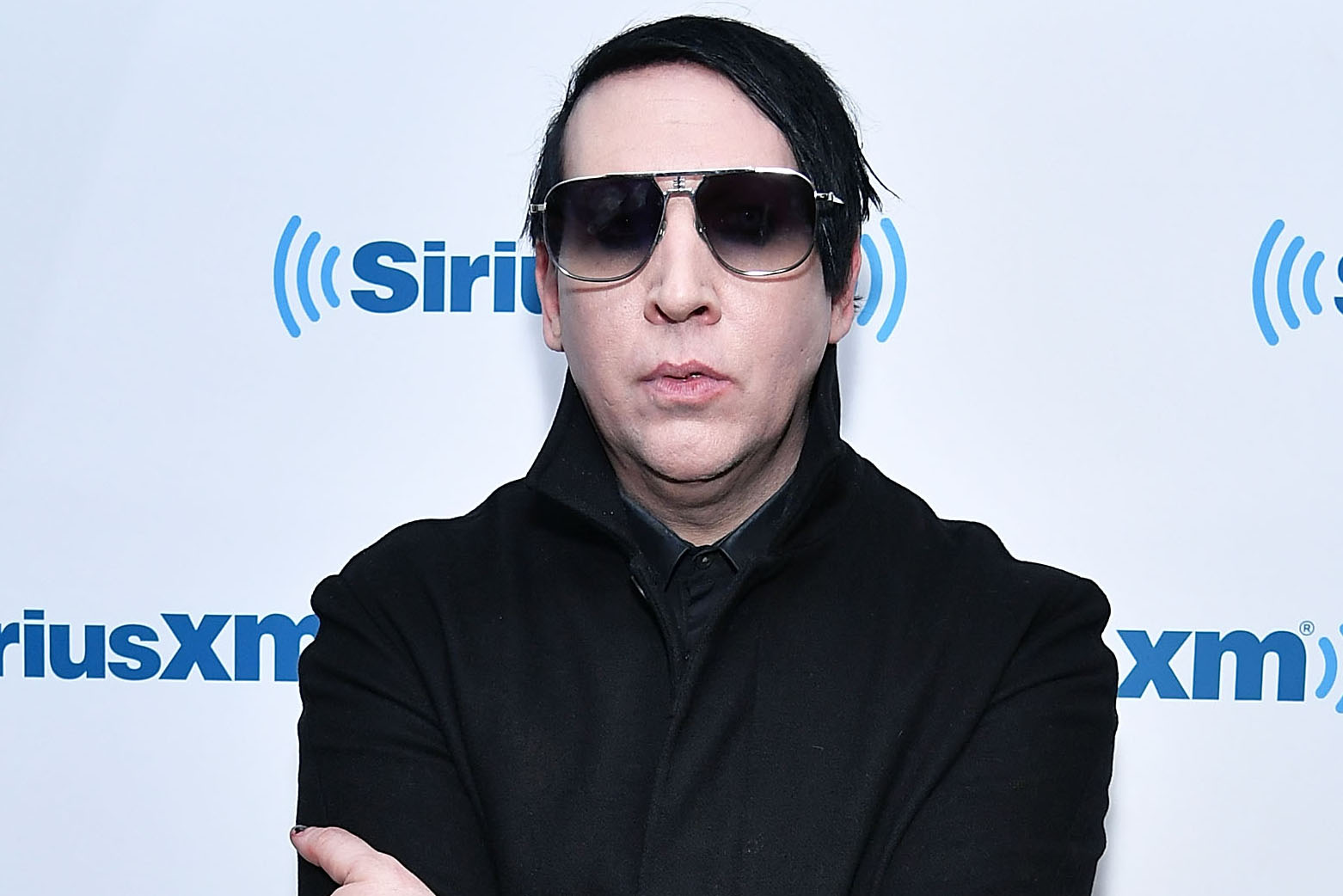 The Motion Sickness singer claimed in a tweet: "TW: I went to Marilyn Manson’s house when I was a teenager with some friends. I was a big fan.

"He referred to a room in his house as the “r*pe room”, I thought it was just his horrible frat boy sense of humor. I stopped being a fan.

"I stand with everyone who came forward," she said, before blasting his management and other alleged enablers of his behavior.

"The label knew, management knew, the band knew," the singer claimed. "Distancing themselves now, pretending to be shocked and horrified is f***ing pathetic." 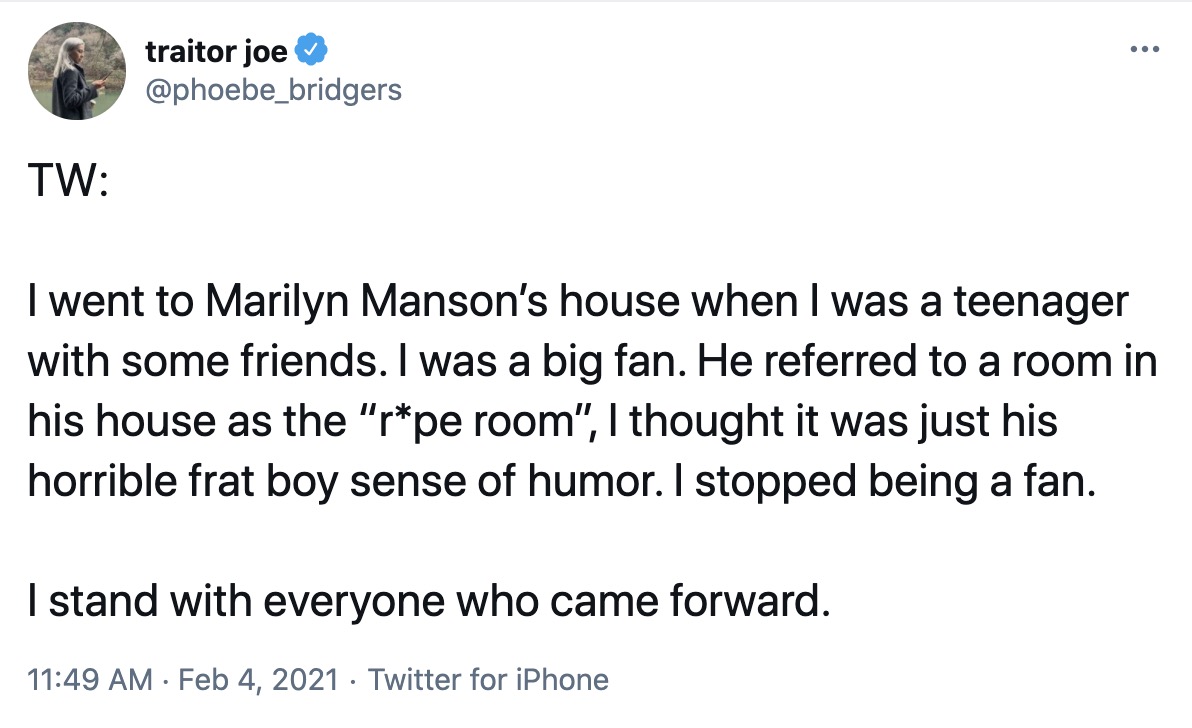