Piers Morgan was up against his Good Morning Britain presenter Susanna Reid when he co-managed the World XI team for Soccer Aid 2019 this evening for the ITV Unicef fundraiser.

I’m A Celebrity… Get Me Out Of Here! winner Harry Redknapp managed the team alongside Piers as they went head-to-head with Susanna and former England manager Sam Allardyce.

After conceding a goal Piers faced another challenge as Bradley Walsh appeared to throw water over him.

While Piers paced up and down from the dug out Bradley could be seen opening his water bottle before another member of the England team threw water over him.

Piers turned around and headed straight for Bradley despite Susanna mouthing: “It was him!” as she pointed to the player sitting next to her.

But Piers’ mind was made up and he playfully swiped at Bradley’s face before The Chase host pushed his hand away.

The World XI co-manager then continued on watching the game.

Viewers were quick to comment on the incident and also praised whoever was responsible for wetting the controversial presenter.

“Everyone booing @piersmorgan on #SoccerAid  also the footballer throwing water at him lmao,” wrote a second. 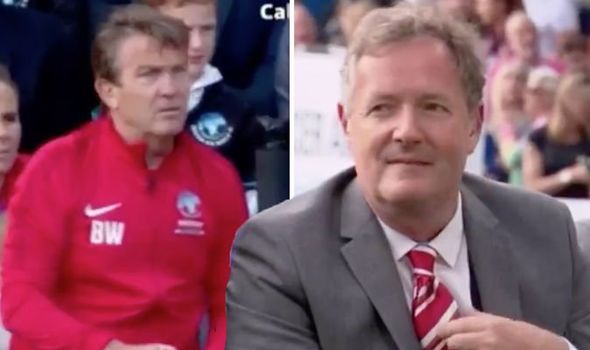 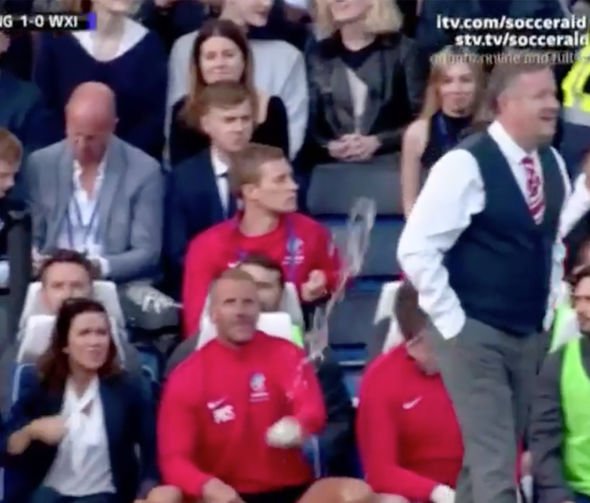 “I took a break from watching the live and then someone poured water over piers morgan? lmao nice,” added another.

Piers wasn’t the only one to blame Bradley for the splash as some viewers thought it been The Chase presenter too.

“Bradley Walsh squirted water at Piers Morgan what a time to be alive #socceraid,” remarked another. 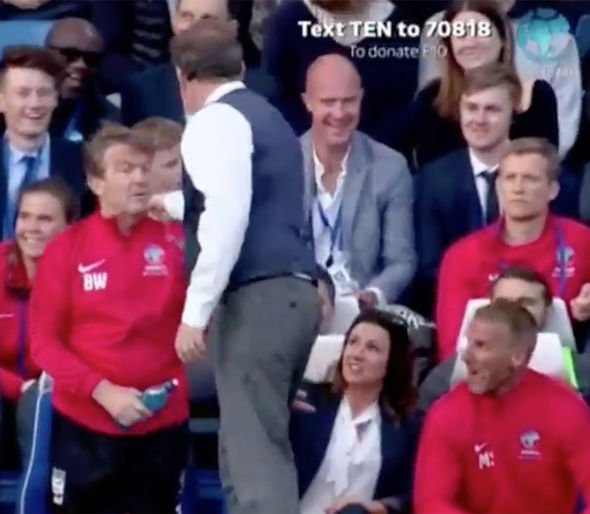 Meanwhile Alison Hammond was forced to apologise after accidentally hanging on someone trying to donate.

The This Morning presenter was one of the celebrities on the phones in the Stamford Bridge stadium taking donations.

But Alison failed to pick it up and accidentally ended the call.

“I ended the call, I’m so sorry. Just phone back,” she said, addressing the donator.