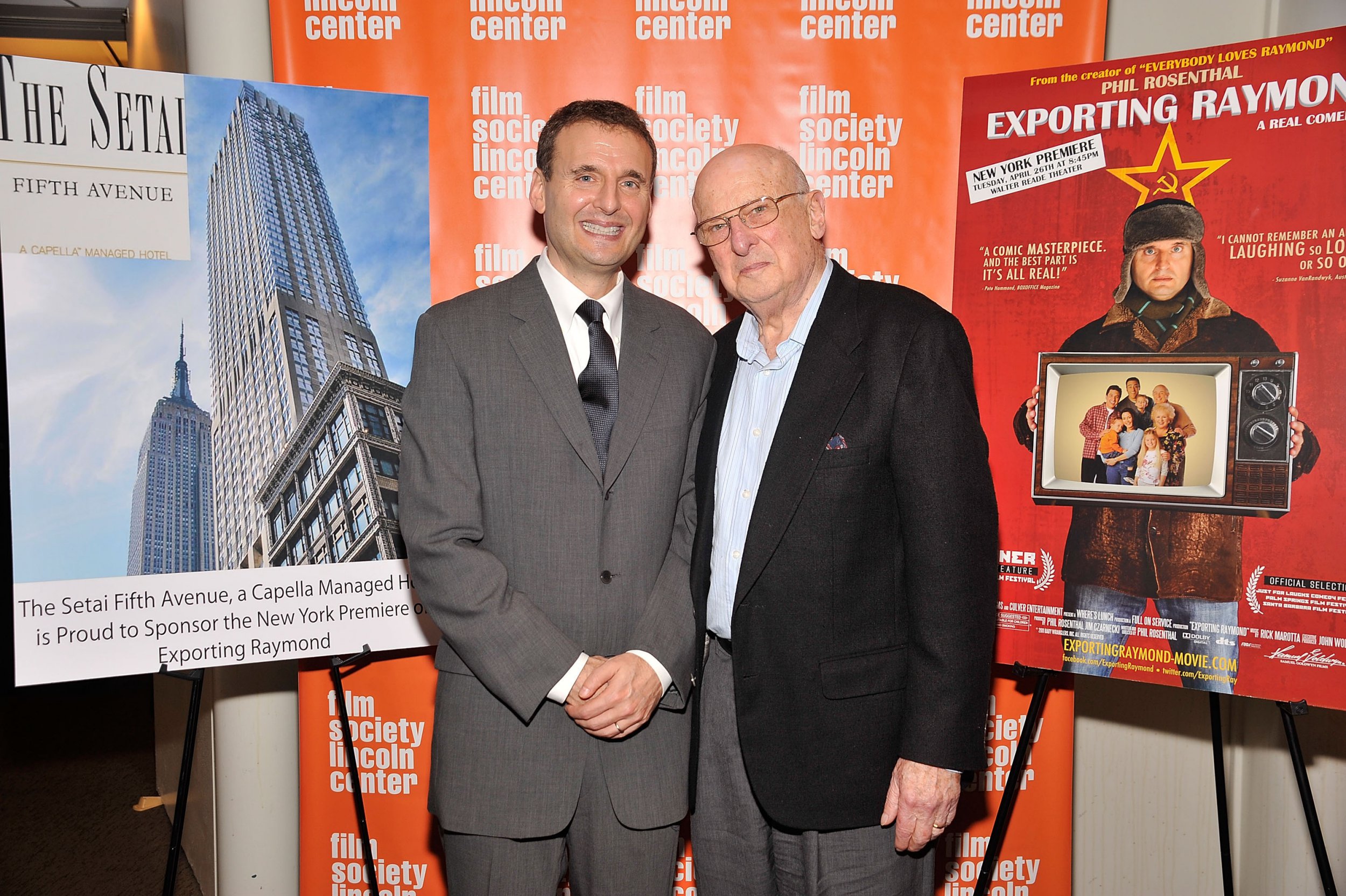 Actor Max Rosenthal has died at the age of 95, his son has announced.

Phil Rosenthal, actor and creator of American sitcom Everybody Loves Raymond, revealed the news on Twitter on Sunday along with a picture of his father.

‘As heartbroken as we are, we are so grateful that he was our dad, our grandpa, our friend, our favourite and funniest TV star, and the role model for how to live 95 years while being sweet, gentle, kind, compassionate and really really funny.

‘Will have more to say, later. Lost the biggest influence in my life. I know you loved him too and I’m sad for all of us today.

‘I love you Dad. You live on forever in us, your family, and the friends you’ve made around the world.’

Rosenthal appeared in Everybody Loves Raymond, starring Ray Romano, as the character Max from 2002 to 2004.

More recently he briefly appeared in season four of his son’s series Somebody Feed Phil as himself.

‘My mother was also very funny. But there were things that they just didn’t understand about American culture.’