Back in 2007, Spider-Man 3 hit cinemas and featured a whole host of villains in Sam Raimi’s sequel. Tobey Maguire’s Peter Parker ended up facing off against New Goblin, Sandman and Venom. And now a theory surrounding Topher Grace’s take on Eddie Brock before Tom Hardy’s has been winning over legions of fans.

Reddit user filmnerd14, who believes Venom can break the fourth wall, wrote: “The full extent of the symbiote’s powers are unknown but what if it’s even up to Dr. Manhattan or Deadpool’s levels?

“When it bonds with Eddie and he falls to the ground, he stares at the camera as the goo slowly covers him.

“Then as Venom eats the camera, perhaps to scare the audience, he roars directly at it.

“No one else was in there and it would look weird because he’s just launching forward at nothing. Unless he saw something no one else did.” 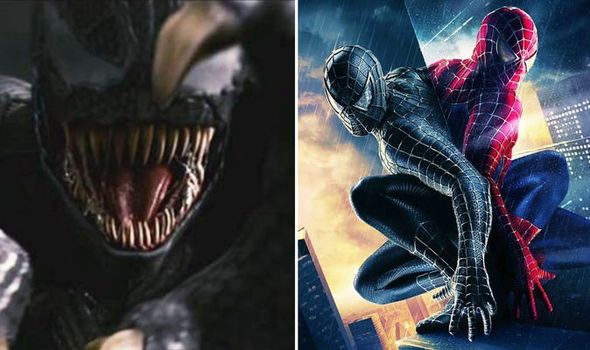 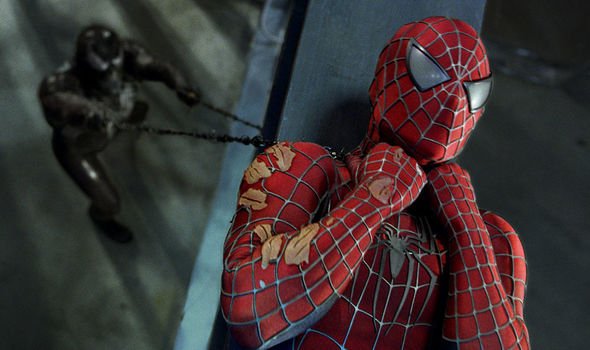 The theorist argued: “Later when he fights Peter, Eddie says the cringy ‘ooh my spider sense is tingling if you know what I’m talking about’ line and again smiles close to the camera.

“Peter has never said this in the movies but has in any other interpretation of the source material.

“Eddie is directly calling to the audience to laugh at his joke, which actually goes along with Eddie’s arc and personality quite well in this movie.

“This could explain why Peter can’t use his spider sense to find Eddie.” 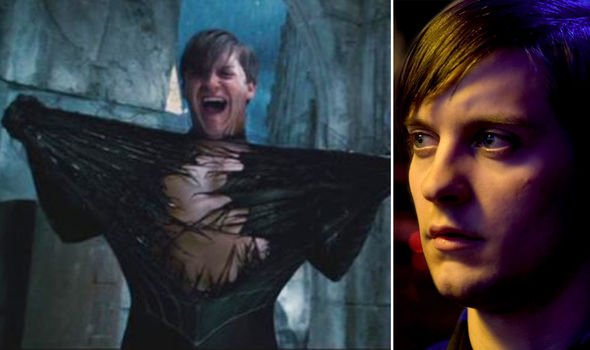 They continued: “Eddie wants this big show of him to go on for the sake of his and the audience’s entertainment.

“It’s why the fight lasts much longer than it should considering Venom is somehow outdone by a metal pole Peter swings at him but can handle a falling concrete block or a kick up several floors into a ceiling.

“One more piece of evidence comes from the insane question of why would Eddie kill himself?

“It’s never really shown he needs the suit to survive or that it’s the only thing that loves him.”

The fan added: “Only like one hint is really given. I’m thinking Eddie wanted to make some kind of epic ‘oh feel bad for me’ scenario and just go up in a big explosion to shock the audience.

“His character is petty and desperate to have everything good in life so it makes perfect sense he’d want the viewers to be on his side.

“He even looks at the symbiote like ‘yeah that’s pretty beautiful, I have an idea’ despite the fact that he was screaming and freaking out just 30 minutes ago.

“He screams at Peter what he’s doing and launches in despite just smiling.”

The theorist later added that the same could be said for Peter Parker when the symbiote is latched on to him in Spider-Man 3.

The fan wrote: “It would be weird for him to dance and strut down a street with no music being played unless he could hear the movie itself.

“Why would he be on beat as well?

“I know Eddie got Pete’s memories from the suit but Peter has never said anything about his spider-sense.”