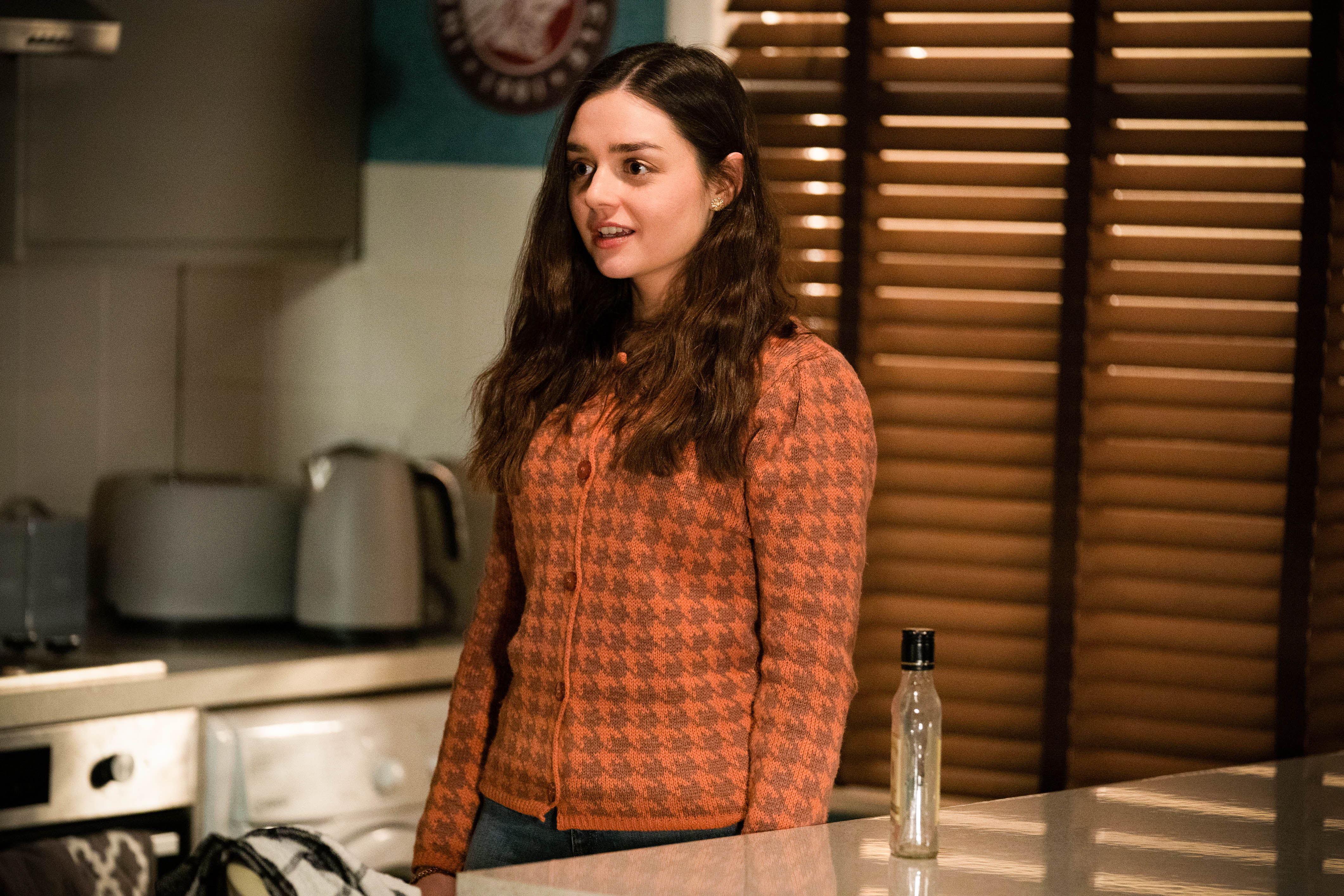 Dana Monroe (Barbara Smith) is in a strange mood in upcoming EastEnders episodes and seems to be hiding something. Dana is one of the few characters in the Square who seems to have no hidden agenda – she’s sunny and nice and kind – so when she’s hiding something, we’re worried!

Rocky (Brian Conley) asks her if everything is okay, and he’s shocked by her answer. What could Dana be hiding?

Is it something to do with her brother Aaron (Charlie Wernham), who’s currently in prison and when his dad went to visit him had a bruised and battered face? That’s got to be on her mind.

Or there’s dad Harvey (Ross Boatman)’s relationship with Jean Slater (Gillian Wright), which has caused all sorts of raised eyebrows in Albert Square thanks to Jean’s erratic behaviour.

Maybe it’s something to do with Bobby Beale (Clay Milner Russell)? Their romance has already survived quite a few shocks with Dana discovering that Bobby had murdered his own sister being just one. Does Dana have relationship worries?

Whatever it is, she makes Rocky promise not to tell Harvey what’s on her mind, but he can’t help himself and lets Harvey know what’s going on with his daughter.

Will Harvey be able to get through to Dana?