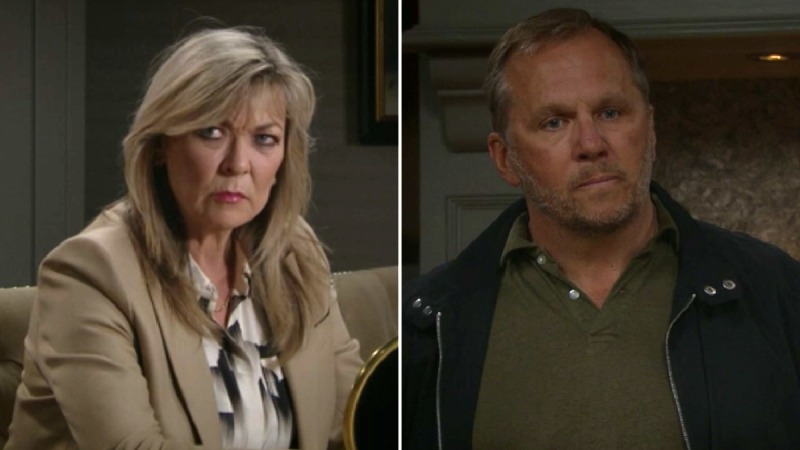 From faking her death to finding out who’s been poisoning her, it’s been quite the week for Kim Tate (Claire King) in Emmerdale.

With Kim being Kim, she obviously had to plan the best, most elaborate revenge plan after discovering she was being poisoned, and she did just that.

Enlisting the help of Will (Dean Andrews) and some hired actors, Kim managed to fake her death to scare Jamie (Alexander Lincoln) after her heartbreaking realisation that her own son was out to destroy her.

Devastated Jamie made his way up to Home Farm, unable to take in that his mother had died, but when his back was turned, Kim used it as the perfect opportunity to come back from the dead and surprise Jamie.

In an intense showdown, Kim tricked Jamie into thinking she had drugged him and in one final blow, Kim ordered her son to leave Home Farm and never return.

Tonight (June 25), the aftermath of the intense week began. Jamie was busy trying to make amends with Dawn (Olivia Bromley), and Will was caught in the middle, torn between sticking by Dawn and doing something about his feelings for Kim.

Up at Home Farm, Kim was busy getting rid of Jamie’s belongings when Will interrupted.

Will confronted Kim about everything that happened, telling her he risked everything during the revenge plan because he had fallen for her.

Never one to show an emotion, Kim tried to push Will away but when he asked what she wanted, Kim simply replied: ‘you’.

‘She still has Will who I think will bring out a softer side, a more fun side but only when they are alone’ Claire King exclusively told Metro.co.uk recently.

It will be an interesting few weeks as Kim and Will begin a relationship, but how will Jamie and Dawn feel?