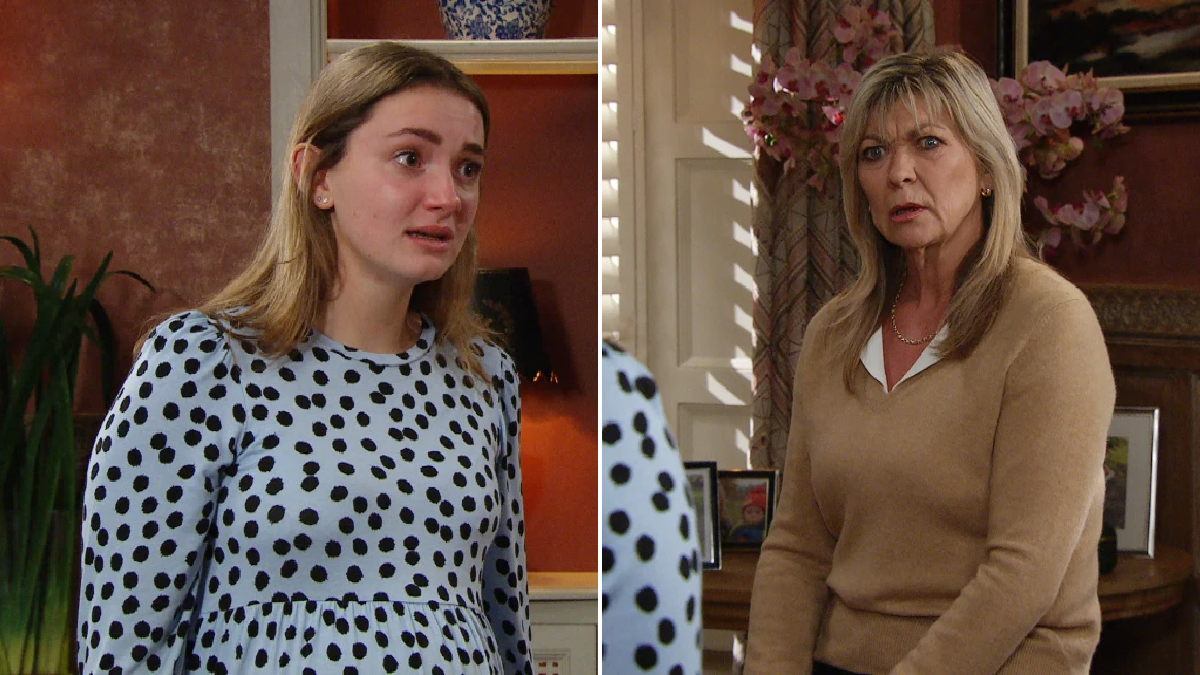 Gabby (Rosie Bentham) was naturally terrified in a recent Emmerdale episode when she discovered that Amelia (Daisy Campbell) had dropped baby Thomas on the floor.

Thomas wasn’t badly hurt after the fall, but Gabby was left furious with Amelia for lying about the fact that she’d dropped Thomas while feeling ill from the effects of the weight gain syrup she’s been taking, initially trying to insist that Thomas had fallen from his high chair.

Gabby faced a visit from social services following the accident and in her anger she decided on a harsh revenge. She issued an eviction notice to Amelia and her dad Dan (Liam Fox).

Coming up, Dan confronts Kim (Claire King) when he sees a To Let sign outside his house. Kim makes out that she knows all about it, but privately she’s fuming that Gabby has made such a drastic decision without running it past her first.

Kim insists that Dan and Amelia should have two months’ notice to find somewhere else to live.

Will that be enough time for them to find another house? Or will Gabby relent and let them stay?